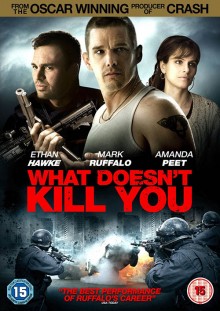 Why it has taken 5 years to reach us on DVD is a mystery as I have seen far worse offerings get distribution in a more timely fashion. This is a tale of 2 childhood friends Brian Reilly and Paulie McDougan who are more like brothers, who through difficult circumstances turn to a life of crime and grow up Goodfellas style into hoods for the local crime boss. Much like the 2 mains in Goodfellas things don’t turn out so good for this pair as their life of crime catches up with their personal lives and throws them in jail.

Everyone is on form with their excellent south Boston accents and with great acting chops like Mark Ruffalo (Brian) and Ethan Hawke (Paulie) on board the performances are nuanced and believable. 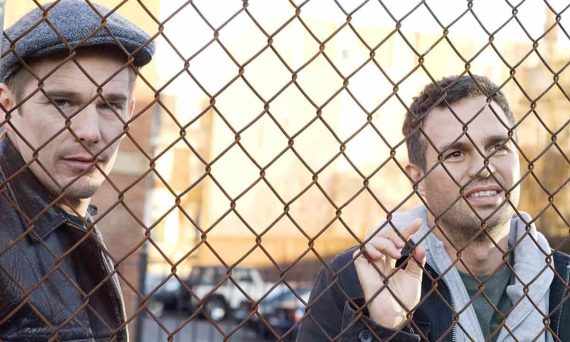 This film was written and directed by Brian Goodman (also acting as the local crime boss Pat Kelly); the events are based on his life before becoming an actor. It’s a brave move and I have to admire his vulnerability in being so open about his former life. It is an interesting story but there were times when I felt there was not enough explanation for some of the characters actions; the inevitable slide of one of them into drug abuse for example but then again there isn’t always a reason for that sort of addiction to take hold. There were moments when there was a documentary feel; the camera gazing impassively and without judgement on what was happening. Its depiction of the boredom and routine of prison was well executed but I had to wait an hour before the film really found its emotional depth.

This is a compelling film which deserved a release a lot earlier, and I would like a director’s cut frankly.