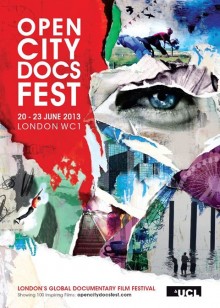 Open City Docs Fest nurtures the next generation of filmmaker by running workshops and screenings throughout the year across London, and is highly accessible -­ tickets start from just £6. Bold programming includes a discussion on the rise of interactive docs, a focus on where drama meets documentary and films from every corner of the globe.

This year, the festival will open with The 12 O’Clock Boys, a fast-­paced and dangerous coming-­of-­age story from Baltimore. It focuses on Pug, a 13 year-­old boy, whose sole ambition is to join the infamous 12 O’Clock Boys biker gang. While the bikers invade the Baltimore inner­city streets, the police are forbidden to chase them, for fear of endangering the public. The screening will be followed by live music from DVA and an opening night party.

The Act Of Killing is sure to become one of the festival’s biggest talking points and has already been dubbed 2013’s most controversial film. It’s a deeply troubling film with the potential to change how audiences think and feel about cinema, focusing on the gangsters who slaughtered communists in a 1965  massacre in Indonesia, documenting their killings through bizarre narrative cinema. The screening is part of Open City Docs’ The Theatre Of The Oppressor strand of films ­ a fresh perspective on a major trend in international documentary this year. The festival welcomes the director to London for an exclusive masterclass on cinema, trauma and memory. 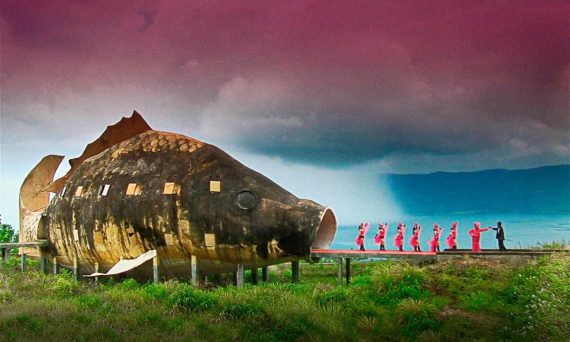 Open City Docs is screening the much­anticipated Pussy Riot: A Punk Prayer at The Bloomsbury Theatre at this year’s festival, bringing the sheer devastating power of their art to life and illuminating the ongoing political struggles in the domains of gender and social equality.

The festival will end with Sofia’s Last Ambulance by Bulgarian director, Ilian Metev. This documentary won the France 4 Visionary Award at Cannes in 2012, and whose unlikely heroes save lives against all the odds, while chain­smoking and filling their days with their own brand of humour. Using an unorthodox creative form and avoiding all trace of sensationalism, this film asks how long they can continue to come to the sick and injured’s rescue, through the voices, sounds and lights of one of Sofia’s last ambulances.

Michael Stewart, Open City Docs Fest director, said: “This year we’re asking questions. Questions of filmmakers, questions of artists and also questions of ourselves ­ part of a provocative programme of films that we are confident will help shape the news agenda in 2013, inspire a new generation of filmmakers and entertain broad audiences from right across London and beyond.

“We want to celebrate the documentarian who changes things. Not only changing their world, but changing our understanding of the wider world. Open City Docs’ unique set of masterclasses, workshops and special events will go some way to equipping audiences with the tools to create their own films.

He added: “The whole team here at Open City Docs and across UCL have worked incredibly hard over the past year to put together our best festival programme yet ­ we are looking forward to welcoming everyone here at the end of June.”

To find out more about the festival, head over to their website at: www.opencitydocsfest.com