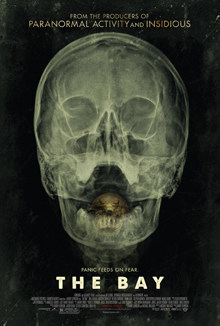 Audiences could be forgiven for heaving a collective sigh of relief at the very mention of yet another ‘found footage’ film. They seem to be everywhere, as they have become the preferred method for filmmakers seeking to tap into the zeitgeist. Perhaps the thought process is that we are living in a time where everybody constantly films things on mobile phones and uploads them to the internet, and so what better way to get the attention of audiences? Perhaps they see it as an excellent device to ground fantastical stories in the recognisable real world, most notably in the horror genre. Or perhaps, more prosaically, the success of The Blair Witch Project all those years ago put dollar signs in producers’ eyes in thrall to Mammon. Whatever the reason, they are here to stay.

Barry Levinson has got in on the act, deciding that it is the best way to tell the story of a mysterious illness wreaking havoc in a small town on America’s Eastern Seaboard during the Independence Day celebrations. The town in question is tranquil Claridge on Chesapeake Bay, whose idyllic waters harbour a deadly menace. The film purports to be edited together from a mixture of professionally shot and amateur footage taken on the day, which was confiscated after the event and has been leaked some years later by a wikileaks-esque organisation. The film is built around the recorded interview with Donna Thompson, a green intern broadcast journalist for a local TV company who was inadvertently caught up documenting the events. The aggregated footage has been cut together to show what happened and indict those who were culpable. We see how events spiraled out of control, beginning with the popular crab eating contest which descends into mass vomiting; a precursor to the impending horrors. By the denouement the whole town has become a ghost town, deserted apart from a few dead bodies strewn about the place. There is one scare that is expertly done and genuinely makes you jump, and another that is clumsy and contrived. 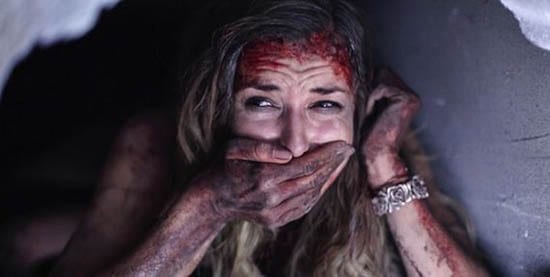 Levinson hails from the Chesapeake Bay area, and his concern for the pollution there and inherent food chain issue is palpable. The points made here are valid and not a little scary, but the problem with the film is almost wholly down to the form. There are too many problems that make it impossible to suspend your disbelief and buy into the story. Most notably how could an event of this magnitude, with this amount of video evidence and countless fatalities, be covered up for so long behind a mealy mouthed official explanation? Why would some of the Skype conversations have been recorded? How has audio been recorded in certain instances? Why would the professional camera op still be turning over as he puts the camera down and walks in front of the camera? The questions are myriad and annoying, and rather make it impossible to enjoy the film for what it is. It is a shame that what could have been an interesting and thought provoking film is undermined by the limitations of the form.