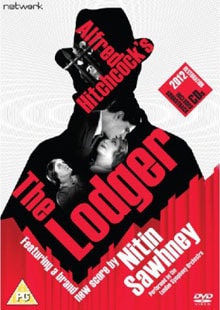 Although regarded as one of the greatest of all film directors, Alfred Hitchcock’s early British work is often pushed aside in favour of his later films, produced after he made the move over to Hollywood. There are a number of reasons for this – with the big studios behind him, his later films were always going to get better distribution. Also I guess silent and early black and white films are never going to be quite as popular with modern audiences. Overall though, the general consensus is that the films he made between the mid 40’s and early 60’s are far superior. I guess that consensus bled into my viewing choices too as even though I’m a great fan of the director, I hadn’t seen anything prior to 1934’s The Man Who Knew Too Much – Hitchcock’s 18th feature film. Well, with the BFI running an epic celebration of his work throughout the year, including the restoration of his early silent films and after Vertigo knocked Citizen Kane off the top spot of Sight and Sound’s highly regarded top 10 films of all time list, what better time to look back through the full extent of his career, starting with what Hitchcock calls his first true film, The Lodger (he’d directed two prior to this, but I guess he either wasn’t happy with the results or the studios hadn’t given him the control he wanted). 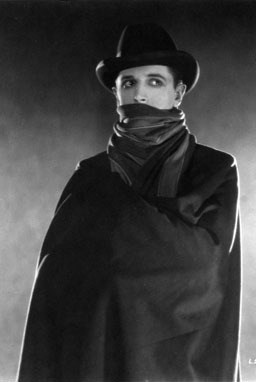 The Lodger opens in true Hitchcock style with the scream of a murdered woman and subsequent discovery of her body. This is one of a series of grisly murders that has been plaguing London. Every Tuesday another body is found with the calling card of ‘The Avenger’. All of the victims are fair-haired and the young and beautiful Daisy (June) fears for her safety, being a blonde herself. Her boyfriend Joe (Malcolm Keen) is a dashing police detective though who is assigned the case, putting her mind at ease. During this time, a mysterious lodger (Ivor Novello) takes up residence in Daisy’s parents’ house. As the links between the killer and this lodger grow, Daisy’s mother (Marie Ault) suspects the worse and when Daisy and the unusual yet dashing stranger fall in love, all around her worry about his true intentions.

The Lodger is an excellent case for reappraising Hitchcock’s early work. Even from this, his third film (or first if you asked him), there are multiple examples of his signature techniques and obsessions, and they work as effectively here as in his more popular 50’s work. As well as the usual cameo (which I missed to be honest – probably note-taking at the time) you have the blonde woman fixation, plenty of suspenseful and tense scenes, a case of mistaken identity and most noticeably, a rich vein of dark humour throughout. Right from the beginning we have people making light of the murders, with a mischievous man teasing a terrified onlooker at the scene of the first crime. It’s this humour and light handling of very dark subject matter that helps The Lodger remain a highly enjoyable experience 85 years later. Paced very well, without a wasted minute, the film breezes by. People praise Hitchcock’s handling of suspense and clever filmmaking techniques, but one of his key strengths is in making films that are a lot of fun to watch. I’ve certainly never seen a boring film from the director. 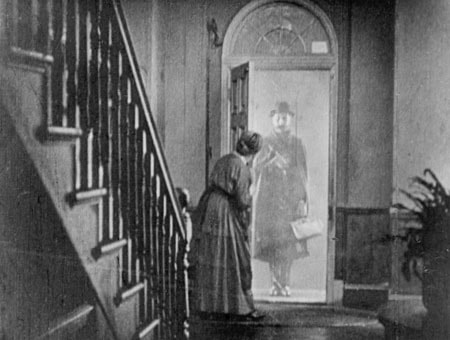 Away from the work Hitchcock did on the film back in the 20’s, this new release of The Lodger has had a new score composed and produced by Nitin Sawhney and I think it deserves a mention. Famous for his collaborations with various global artists and instrumentalists as well as implementing rather modern dance/electronic production elements (in the music I’ve heard at least), I thought he seemed an odd choice to score this early, very British film. Surprisingly enough, his score is actually quite classically cinematic. Performed by the London Symphony Orchestra, it’s a rich, memorable and stunning soundtrack. With many scores for silent films opting for music fitting for the time, Sawhney instead draws inspiration from Bernard Herrmann’s scores for Hitchcock, employing a few subtle references here and there. This approach works beautifully and helps boost the drama and suspense. My only gripe with the score came when Sawhney breaks from the orchestral approach in two scenes though. A vocalist is brought in for these moments and the music has a slightly more modern feel which really jarred when first introduced. I felt it was quite distracting and I didn’t like the way the lyrics occasionally linked directly to what was shown on screen. The second use of a song towards the end of the film is much more effective though, adding poignancy to quite a moving scene.

Back to the film; although The Lodger doesn’t quite reach the heights of Rear Window or Vertigo, with scenes of tension in particular not quite matching up to his finest hours (although they are still quite effective), that isn’t to say the film isn’t worth your attention. The Lodger is a vastly entertaining, finely constructed mystery drama that reminds you just how many great films Hitchcock produced over the years. It certainly made me want to dig out more of his early work.

The Lodger is out in the UK on 24th September on Blu-Ray & DVD by Network Releasing. I watched the DVD version and the restoration work is great. The picture is as clear as it can be for a film of its age, with the various hues of monochrome kept in tact. Nitin Sawhney’s wonderful new score comes through beautifully too.

As for extras you get an image gallery and a piece on the score. At 20 minutes, this interview with the musician is an interesting and in-depth look at Sawhney’s inspiration and composing process.