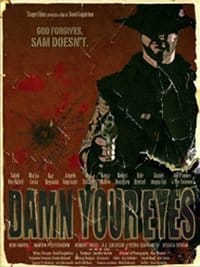 After introducing the Short Film Showcase section a few months ago it sort of went stale due to a lack of response from short film-makers, but I’ve since had a couple sent through so decided to reboot the series with David Guglielmo’s Damn Your Eyes.

The film is an extremely faithful reconstruction of the spaghetti western, thankfully playing it totally straight and not going for a lazy parody. It’s a very low budget short but doesn’t show it, with some impressively authentic looking sets and costumes. A couple of the minor characters are a bit hammy, but it kind of fits the style and the leads are strong enough to keep you engaged. Personally I was gripped throughout and was gutted to find out that the end is left hanging. The plan is to flesh it out into a feature, so I’d be eager to check that out should they get the funding in place.

I asked the director to tell us more:

“Damn Your Eyes” was produced on a budget of $5,000 and shot in New York City, New Jersey and Connecticut. I made it while in my senior year of college at the School of Visual Arts in NYC. After I graduated the film played at a few festivals and brought home two awards. One from Royal Flush Festival in Manhattan and another from Buffalo Screams Horror Film Festival (in the “more than horror” category) That really helped the film. it gave it credibility. 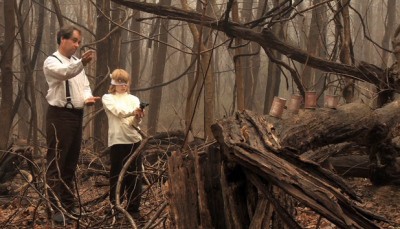 The story of “Damn Your Eyes” has always been bigger than a short film, which is why what you’re seeing now is “Part I”. At the time I was thinking I could make it a serial, like the Western serials that played in the first half of the 20th century, but give it a modern and bloody twist. Every year I was planning to make the next part. Then it kept getting larger (more action, bigger locations) so I decided it needed to be a feature. I wrote the script, and now my producer, Jennifer Joelle Kachler and I are trying our best to get it off the ground.

See what you think below:

DAMN YOUR EYES from David Guglielmo on Vimeo.