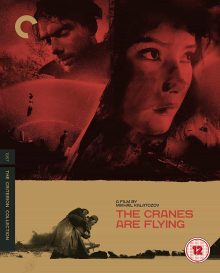 Russian cinema in the silent and early sound era was highly respected and directors such as Eisenstein and Vertov were creating new cinematic language that shook the foundations of the medium. However, as Stalin’s control over the state’s cinematic output strengthened and WWII halted production to a near standstill, the USSR dropped off the world cinematic map for a while. Though it’s Tarkovsky that most cineasts in the West think of as the next great Soviet filmmaker, following the silent era, there was a director who had worked in the pre-war era that first brought soviet cinema back to prominence on the international stage. This director was Mikhail Kalatozov.

Kalatozov had made waves with a couple of films he directed in the early 30s, Salt for Svanetia and Nail in the Boot, both of which were unpopular with the Soviet authorities (particularly the latter, which was banned). He towed the party line as the decade rolled on though and, like most directors back then, he had few opportunities to make films during the war and was given a position on the cabinet, becoming a cultural attaché at the Soviet embassy in the United States. In the years after the war, resources were thin on the ground and Stalin’s rule was throttling any chance of filmmakers expressing themselves, so his work was minimal and largely unremarkable.

However, after Stalin’s death in 1953, the ‘Khrushchev Thaw’ began and artists and filmmakers were allowed much more freedom than before. The first film to truly breakthrough to show this new wave of talent to the rest of the world was Kalatozov’s The Cranes Are Flying, released in 1957. It took home the Soviet Union’s only Palme d’Or (at the time of writing, though The Turning Point shared the equivalent Grand Prix with 10 other films in 1946) and allowed Kalatozov to follow the film up with another three highly regarded features (Letter Never Sent, I Am Cuba and The Red Tent). It also opened the gates to the younger filmmakers coming out of the Soviet Union, including Tarkovsky whose work is notably influenced by Kalatozov’s. 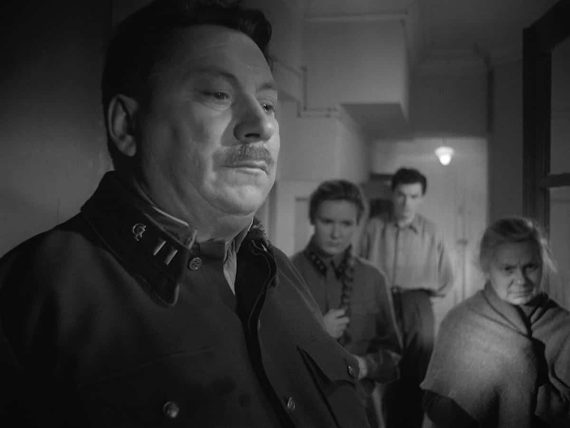 It was a groundbreaking work then and now, sixty-odd years later, the Criterion Collection are adding The Cranes Are Flying to their fine library of classics on Blu-ray in the UK and I volunteered to review a copy to see what the fuss was about.

The Cranes Are Flying begins in the days before Germany invaded Russia in 1941. A young couple, Veronika (Tatyana Samoylova) and Boris (Aleksey Batalov), are deeply in love and plan to marry, but when war breaks out, Boris volunteers for the army. He’s promptly sent out to fight, leaving Veronika back home, worrying about his safety. She’s devastated as day after day she receives no word from him and further tragedy comes when her parents are killed during a bombing raid. Boris’ cousin, Mark (Aleksandr Shvorin), who always had a thing for Veronika, takes advantage of Boris’ absence and professes his love for the young woman. After she spurns his advances, Mark rapes her (probably – it’s not clear) and, shamed, Veronika reluctantly agrees to marry him, much to the disgust of Boris’ family.

This turns Veronika into a shell of her former self, but there’s still a glimmer of hope in her heart that Boris will come back and she will once again be happy. To the audience, this hope is less than promising though. 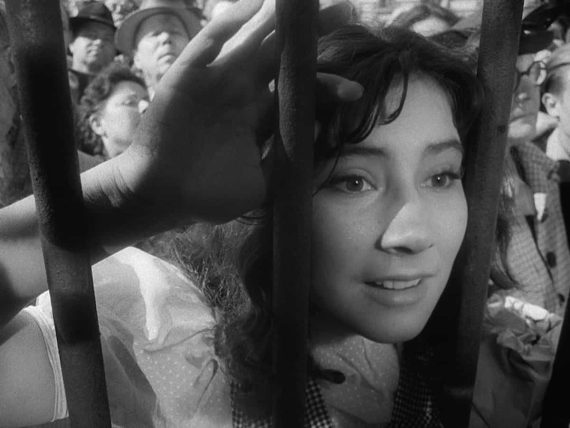 The Cranes Are Flying is a remarkable film. Cinematically thrilling, it’s full of bold techniques. For one, the camera is rarely static and moves in astonishing ways, largely keeping at eye-level, following its characters at times through dense crowds and rushing along with them at breakneck speed in places. Occasionally it will also lift off the ground and rise above the world seamlessly after tracking at ground level. In one key sequence, the camera rises and spins as it follows Boris running up several flights of stairs in an apartment block. It’s a dazzling feat that allows the viewer to closely follow the protagonists, no matter what the situation, giving life and energy to the film.

The story, centring around a young woman waiting for her love to return from the front lines, has perhaps been well covered now. However, back in 1957 in Russia, such a home front tale was rarely told. War films in the state had previously focussed on the bravery of soldiers. So, not only did Cranes help usher in a new wave of filmmakers from the USSR, it helped change the attitude the rest of the world had to Soviet cinema. Before the film made waves in Cannes, Soviet cinema was thought to be cold and calculated, largely made to promote government messages, but Cranes had soul and humanity. 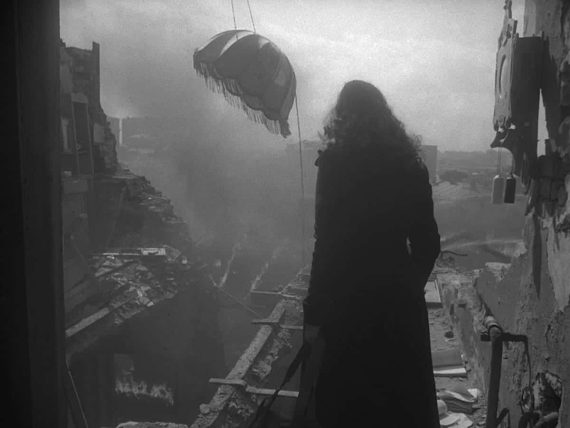 Aiding this approach is a poetic style. On top of using often artful compositions, Kalatozov presents several expressionistic sequences. The rape scene is one strong example that uses battle sounds, light flashes, crashing piano chords, dizzying camerawork and disorientating editing to create unease and heightened drama, eschewing realism. Similar abstract editing is used in a couple of key scenes of characters running to escape from or find someone. Dense layers of visuals mix with frantically cutting and fast-moving camerawork to hurtle the audience along with the character in question.

The whole film is an astonishing cinematic tour-de-force that turns an intimate drama into a boldly artistic anti-war film. It’s proof that there’s more to Soviet cinema than Eisenstein and Tarkovsky, and made me desperate to delve deeper into Kalatozov’s filmography. Highly recommended. 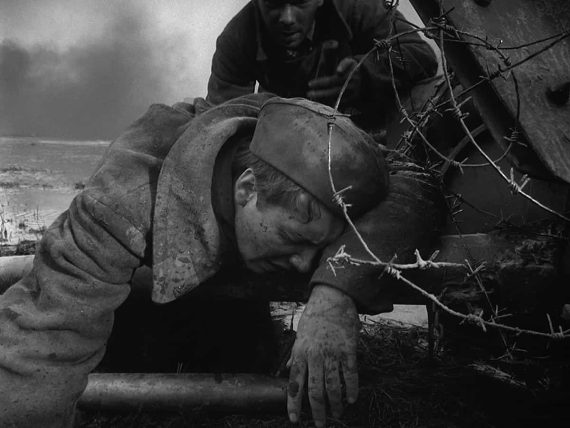 The Cranes Are Flying is out on 13th April on Blu-Ray in the UK, released by The Criterion Collection. The restored picture is fantastic – crisp, clean and richly textured. Audio is decent, though there’s a little hiss in places but only as much as you’d expect in a film from the era.

There are plenty of special features included in the package too:

– New 2K digital restoration, with uncompressed monaural soundtrack on the Blu-ray
– New interview with scholar Ian Christie on why the film is a landmark of Soviet cinema
– Audio interview from 1961 with director Mikhail Kalatozov
– Hurricane Kalatozov, a documentary from 2009 on the Georgian director’s complex relationship with the Soviet government
– Segment from a 2008 program about the film’s cinematography, featuring original storyboards and an interview with actor Alexei Batalov
– Interview from 2001 with filmmaker Claude Lelouch on the film’s French premiere at the 1958 Cannes Film Festival
– New English subtitle translation
– PLUS: An essay by critic Chris Fujiwara

‘Hurricane Kalatozov’ is the real star of the show here. It’s a feature-length documentary that tells a fascinating story about Kalatozov’s career and makes you long to see more of his work. Ian Christie’s interview is also vital, putting forth a strong case for Cranes being one of the most important films of Soviet cinema.

The segment on the film’s cinematography is interesting too, as is the short interview with Kalatozov. Although Claude Lelouch had no input on the film’s production, his interview is fascinating in that he explains how he was the one who advised Cannes to screen Cranes. His piece also provides a glimpse of how they pulled off the aforementioned staircase shot. It was done with an amazing rig made of a spinning tall scaffolding frame with a platform rising up it.