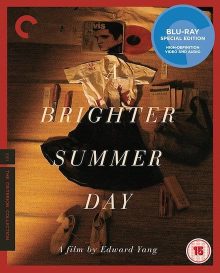 It seems like this week was a week of epics for me. After enjoying three hours of Italian peasants in The Tree of Wooden Clogs, I felt I was primed for four hours of Taiwanese drama in Edward Yang’s A Brighter Summer Day, which is finally being released here in the UK, by the Criterion Collection. The director’s work, like most of the films of the New Taiwanese Cinema movement, is woefully unavailable on DVD and Blu-Ray in the UK, so this release is hugely welcome. Due to this lack of access, I’ve yet to see an Edward Yang film, despite hearing great things, so I got a comfy chair and settled down to watch possibly the longest film I’ve ever seen (I actually watched it in two chunks, but both on the same day at least!)

A Brighter Summer Day is very loosely based on a real life incident in Taiwan in the early 1960s, when a young teenager (named Si’r in the film and played by Chen Chang) murdered a girl who reportedly turned down his advances (named Ming and played by Lisa Yang). Edward Yang isn’t concerned with recreating this incident too accurately though, he instead uses it as the inspiration for a complex tale of youth gangs, popular in the country due to the political uncertainty of the time and the infiltration of American pop culture which celebrated teenage rebellion. 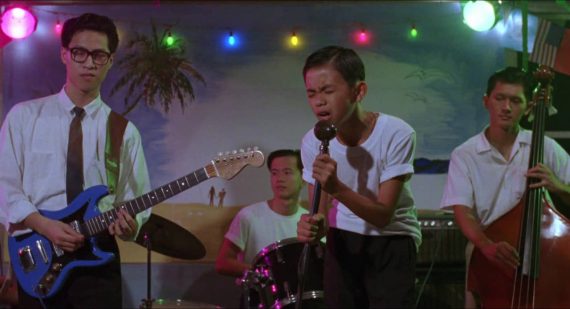 I won’t go into any more detail as to the plot as it’s incredibly dense, as you can imagine for a film of its length. There are reportedly over 100 speaking parts, and with a lack of blatant exposition and lots of teenagers dressed in matching uniforms with similar short dark hair, I found it hard to keep on top of everything at times. It’s so carefully written though that most of what happens clicks into place by the end. The film always feels very organic too, with the true expanse of the film growing slowly and almost imperceptibly as it moves on. You aren’t thrown into a mess of intercutting storylines from the offset. Each element feels relevant and tied to the central storyline and themes.

Speaking of which, the film is rich with meaning, but key themes include those of identity and rebellion. Si’r doesn’t really know where he stands with Ming or where he stands in life. This reflects the uncertainty in Taiwan at the time, as many believed it would rejoin Mainland China at some point. The school which Si’r and his friends attend looks and feels like a military establishment, creating further authority for the pupils to rebel against. The film examines the similarities and differences between this new generation and that of their parents too, using the case of Si’r and his father as an example. Both have a temper and both seem a little helpless in the face of authority, getting into trouble largely through association with the ‘wrong crowd’, although Si’r does plenty of things wrong himself, particularly by the end of course. Si’r’s father has given up rebelling against the system though and is happy to accept his lot in life, afraid of change, whereas Si’r doesn’t know what he wants and refuses to listen to anyone’s opinions about it. 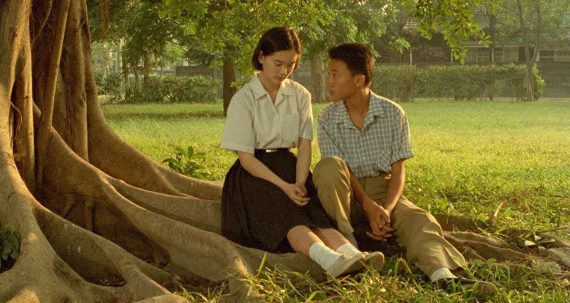 The film is also very successful in capturing the essence of youth. The pressures of living up to your parents’ expectations and rebelling against them, the frustrations of puberty and first love, the friendships forged and broken, and the overall naivety of what you have to face at this turbulent time in life. It’s all evident here without ever feeling bluntly demonstrated. I like how the teens in the film actually look like teenagers too, not the twenty or thirty-somethings Hollywood like to use in ‘teen’ films.

Away from the film’s content, it is stunningly beautiful and exquisitely well directed. Framing is carefully controlled and the camera is placed in interesting, symbolic positions. It’s often placed at a distance from the action, or through material or sometimes even not looking at the speaking characters of the scene at all. The latter seems to be done to show a character who has been metaphorically removed from the scene – perhaps due to their mind being on something else outside or their being confused or not in control of what is happening. There’s an interesting use of light too, as Yang provides a motif of lights being turned on and off, which works as a metaphor for characters often being ‘left in the dark’ among other things.

The style of the film reminded me of the work of Ozu at times, with long takes and a precise but natural presentation. Yang definitely has a voice of his own though and, particularly as the film moves on it shows a great many differences to Ozu’s style. For one, it’s faster moving, with a lot more happening, narratively speaking. It’s a beautifully observed, quiet, elegant drama for the most part, like most of Ozu’s work, although things become tense and quite explosive during some shocking central scenes. A massacre in a pool hall is particularly eye-opening, giving you a sharp jolt after the slower, subtler first half. 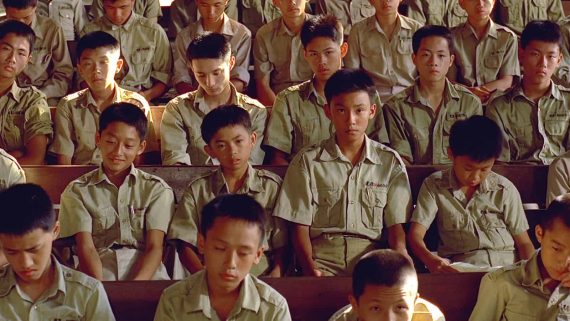 Overall it’s a stunningly assured piece of filmmaking that’s masterfully directed from start to finish. Every second in its four hour running time is flawless. The length shouldn’t put you off as it’s hard to tear yourself away from the film once it hooks you in. I got slightly lost at times as there’s a lot to take in and easy explanations or clunky exposition isn’t provided, but I can’t think of a better film to get lost in. It’s a masterpiece, plain and simple and I do hope we’re going to be seeing more modern Taiwanese classics titles make it onto Blu-ray over here in the near future.

A Brighter Summer Day is out now on Blu-Ray in the UK, released by The Criterion Collection. The picture and sound quality are excellent.

You get some great special features as usual with Criterion. Here’s the list:

– New audio commentary featuring critic Tony Rayns
– New interview with actor Chen Chang
– Our Time, Our Story, a 117-minute documentary from 2002 about the New Taiwan Cinema movement, featuring interviews with Yang and filmmakers Hou Hsiao-hsien and Tsai Ming-liang, among others
– Videotaped performance of director Edward Yang’s 1992 play Likely Consequence
– PLUS: An essay by critic Godfrey Cheshire and a 1991 director’s statement by Yang

Like the film, there’s a lot to get through but it’s more than worth the trek. Rayns’ commentary in particular is fantastic. He spends a lot of time explaining what’s going on in the film, which is often a turn-off (something Rayns himself states), but with such a densely plotted story, it helped me get my head around all the details. He fills you in on Yang’s life and career too, bolstered by the fact that the two were friends. Background about the New Taiwan Cinema movement is also included here, but the near two-hour documentary included in the set covers this topic in greater detail. This is excellent and made me hungry for more Taiwanese films. The interview with Chen Chang is interesting too, describing how making the film changed his life. I must admit I haven’t had chance to watch the play, but it’s an interesting inclusion for fans of Yang’s work.