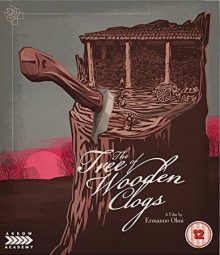 The Tree of Wooden Clogs, a film often described as plotless, running a little over three hours and following the lives of peasants in Italy during the end of the 19th Century, doesn’t sound particularly appealing on the surface. I must admit I had second thoughts about requesting a screener due to this, but strong reviews talked me into it and I’m glad they did, as The Tree of Wooden Clogs proved to be a wonderful film that I enjoyed watching far more than I expected.

The film is set in 1898 and follows the lives of five peasant families living together in one farmstead in the Bergamo region of northern Italy. They work hard tending the land for their landlord who owns most of what they have. Using non-actors from the region, writer/director Ermanno Olmi creates a detailed and naturalistic observation of the lives of these people. I wouldn’t call the film entirely plotless though as some have suggested. In observing life on the farmstead, we are presented with several family dramas that play out during the course of the film. One important thread which is introduced in the film’s opening and plays a part in the climactic scenes, sees the young son of one family accepted into school due to a perceived high level of intelligence. Going to school was rare for peasant families in these days and the boy’s parents don’t seem keen on the idea due to the expense and what the neighbours would think. However, their local priest recommends it, so they send him 6km every weekday to the nearest school house. This has consequences further down the line that I won’t spoil here. 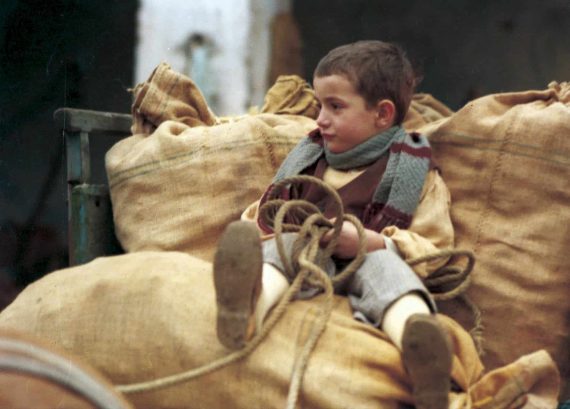 Quiet, intimate dramas like these keep the film moving and stop it getting dull, but it’s the detailed view of peasant life that impresses and entrances. Olmi shows the endless hard work done on the farm as well as the simple pleasures of country life. The children play in the fields and yard, but still do their bit to help keep the crops growing, the animals healthy and the clothes washed. Music plays a big part too, with the peasants often singing whilst they work. There’s a beautiful moment when the landlord puts on a record of classical music that makes the busy workers stop in their tracks, which was reminiscent of a classic scene in The Shawshank Redemption, produced a couple of decades later. The fairly minimalist, often organ-heavy score is effectively used too.

Rich in period detail and shot on location with what looks like natural light (but in interviews Olmi states otherwise), it’s a rustically beautiful film with a warm and earthy look throughout. After watching you’ll likely be looking up Italian holiday destinations as the region is made to look idyllic, despite the rough nature of the peasants’ homes and hard, dirty work being shown.

Speaking of looking idyllic, the film’s depiction of the peasants as all being good, hard working, honest people threatens to make the film overly sentimental and nostalgic, but the film is presented so naturalistically and feels so human and warm, it never seems overplayed or forced. Some of the tougher aspects of their work prevent the film getting too fuzzy too, particularly the graphic and extended slaughter of a pig, which was almost enough to turn me into a vegetarian. Animal lovers, you’ve been warned. The film ends on a tragic note too, and there are some political statements made (demonstrating the vast difference between life in these communities compared to the revolution going on in the cities at the time) which keep the film from feeling like a travelogue or nostalgia piece. 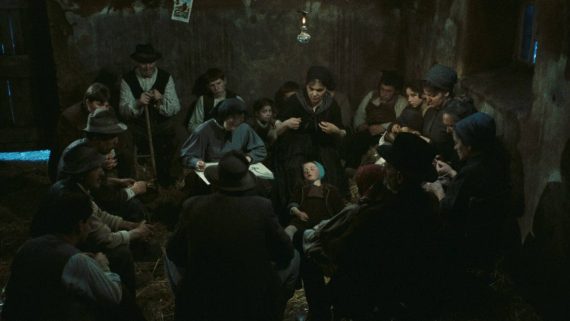 Despite my positive comments, the film may all still sound like a chore to many and I imagine it won’t appeal to everyone. However, I can’t encourage people enough to give it a try. Watching these families live and work together is strangely compelling and beautiful to watch. It’s a marvellous achievement that, if you give it time and let it into your heart, provides a wonderful experience.

The Tree of Wooden Clogs is out on 28th August on Blu-Ray in the UK, released by Arrow Academy. The picture and sound quality was great, with a damage-free print that’s detailed with an attractive natural grain. Some shots look quite soft, but I imagine this was to do with the source material. You get a choice of the original Bergamasque or Italian mono soundtracks too. I watched the film with the Bergamasque track if anyone’s interested.

– Introduction by director Ermanno Olmi
– Two interviews with Olmi from the 1978 Cannes Film Festival, recorded either side of his Palme d Or win
– Interview with Olmi from Italian film programme Appuntamenti con il cinema
– FIRST PRESSING ONLY: Illustrated collector’s booklet featuring new writing on the film by David Jenkins

Fairly repetitive and padded out with clips from the film, they’re not the strongest selection of special features, but Olmi provides some interesting tidbits about the production process and intentions in making the film, so they’re all worth a watch.