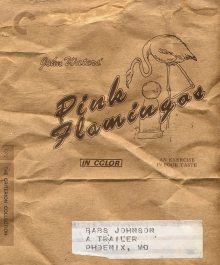 There are many reasons why a certain film may remain in the memory or public consciousness. Most of the time it is down to great stories and great characters but sometimes it can take less than that; a certain scene, perhaps, or even just a great line of dialogue, can ensure that a film will be remembered for years, if not decades.

This certainly seems to be the case with Pink Flamingos, John Waters’ infamously controversial celebration of all things filthy and perverse. Mention the film today and inevitably the only moment that tends to get talked about is the film’s ending. No doubt you may have heard of it yourself – it involves a dog, faeces and eating. 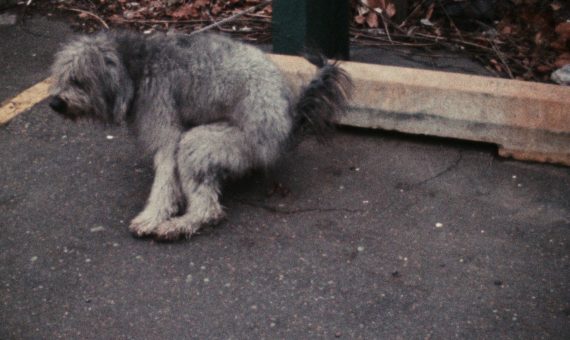 The moment feels so infamous and legendary that it is fair to say that it has seemingly overshadowed the rest of the film itself (and that is no mean feat). Indeed, when I was offered the chance to review the film, the only thing I really knew about it was that ending. I was curious to find out if there was anything more to Pink Flamingos beyond its wretch inducing final moments. Does the film deserve to be remembered just for that moment alone, or is there a forgotten masterpiece hiding in the huge, faeceal shadow of the film’s legacy?

John Waters, the director of cult comedies such as Hairspray, Cry-Baby and Serial Mom, started out making very different films in his native Baltimore. Arguably as much a pioneer in independent filmmaking as John Cassavetes, his film’s of the late 60s and early 70s had one goal in mind – to be as shocking and provocative as possible and to give conservative, Middle America sleepless nights.

Water’s second film, 1970’s Multiple Maniacs, certainly pushed the boat out in that regard. Yet despite an absolutely shocking moment that delighted in blasphemous intercutting between graphic sexual acts and a re-staging of the Crucifixion, Waters wanted to go even further with his third feature, 1972’s Pink Flamingos. 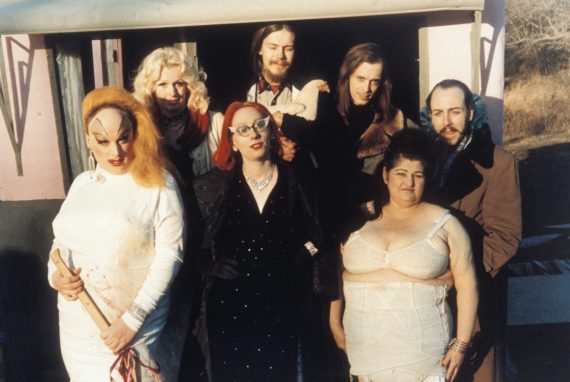 Starring Divine (the pioneering drag star and alter ego of Harris Glenn Milstead, who appeared in almost all of Water’s films until his tragic death at age of just 42) as a wanted criminal, the film follows her exploits around Baltimore as she revels in her notoriety as the “Filthiest Person Alive.” Yet another local couple, who have a habit of kidnapping women in order to impregnate them, want to challenge her title. Divine therefore has no choice but to show them the true meaning of the word ‘filth’.

If elements of the above plot have perhaps made you feel a little queasy or uncomfortable, then be under no illusions. Pink Flamingos pulls absolutely no punches throughout its 90 minute or so running time. Waters seems intent on pushing as many buttons as possible. The film depicts (and usually takes great delight in doing so) incest, murder, cannibalism, artificial insemination, castration, Beastailty, dismemberment, Coprophilia and full frontal graphic nudity. It is not for nothing that the film happily describes itself as ‘an exercise in poor taste’. 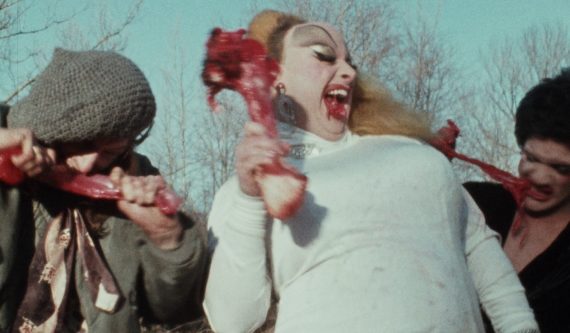 Why, you may ask, would you want to watch something like this? The rough and ready film making style and moments of amateurish acting certainly doesn’t help. Shot simply on 16mm with a group of performers that range from great to terrible, it at times can feel like watching someone’s incredibly sordid home movie. The plot itself doesn’t really get more complicated from what is outlined above and instead provides Waters with the opportunity to present us with yet another taboo shattering set piece. By the film’s final third, you even start to feel numb to all the shock and perversity.

Ordinarily most people would avoid a film like this or at least throw it in the trash once they’ve watched it. And yet Pink Flamingos has endured. It has even been selected by the Library of Congress to be added to the USA’s National Film Registry, an honour usually reserved for movies such as Citizen Kane or Casablanca. 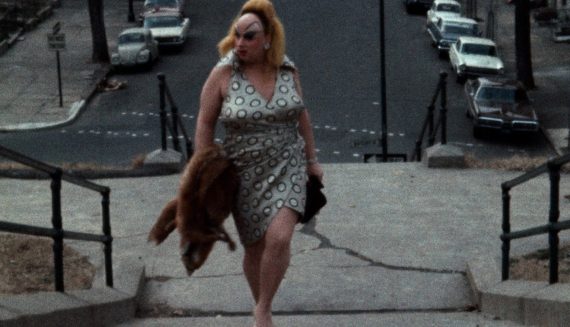 Put simply, Pink Flamingos may be perverse, shocking, vile and repulsive but the whole point is that it was meant to be. Waters wanted to stick two fingers up not only at traditional conservative America, but he also wanted to commit an act of terrorism against politically correct hippie culture – or, as he has calls it, ‘humorous terrorism’. It is in this desire to create anarchy that Pink Flamingos must be admired and venerated. Its attitude feels punk several years before The Ramones or Sex Pistols emerged and its boldness of vision feels as pure as the acts it depicts feel filthy.

Throughout all the shocking moments, you’ll find yourself laughing and looking away in disgust or fright in equal measure. Waters may describe the film as humorous terrorism, but Pink Flamingos also feels only a footstep away from a horror film. With a slight tweak of tone, suddenly you would find yourself watching the missing link between The Texas Chainsaw Massacre and Rob Zombie’s House of a 1000 Corpses. In Divine, the film also boasts a magnetic, star making presence that both shocks and delights. 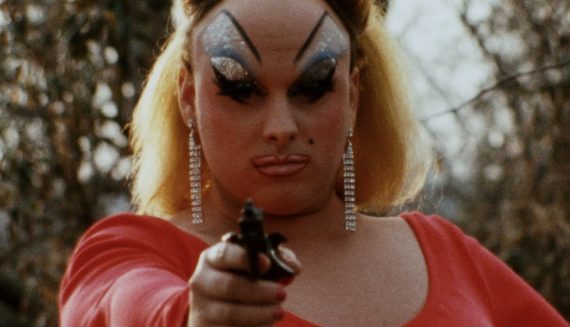 None of this necessarily makes Pink Flamingos an enjoyable film to watch. You might even say it is a film to endured rather than enjoyed, with that ending being every bit as shocking and stomach churning as legend suggests.

Yet Pink Flamingos should be remembered for more than just its infamous final moments. A unique, ground breaking, subversive, vile triumph of bad taste, it is not necessarily a film you may want to revisit but it is absolutely a film you should experience at least once.

Criterion are releasing Pink Flamingos on a special Blu Ray edition to mark the film’s 50th Anniversary. This edition boasts a new 4K restoration, supervised by Waters himself, as well as a restored monaural soundtrack. Due to the nature of it’s production, Pink Flamingos is never going to look stunning but this new edition by Criterion feels very true to source. Images are grainy due to the 16mm film stock but detail is great and everything looks stable with great colour reproduction. It is doubtful if Pink Flamingos will look or sound better than this on home video for a very long time.

Criterion provide plentiful extras for their release, including:

Criterion provide two audio commentaries for the film, both by Waters recored four years apart, the first for the laser disc release in 1997 and the second for the DVD release in 2001. Both commentaries are worth a listen, but there is rather a bit of repeated material. If you only have time for one, listen to the first.

Divine Trash is the star of the video extras here. Winning awards at Sundance in 1998, this 97 minute documentary covers everything from Waters early career to the infamous dog scene and everything in-between. Featuring extensive interviews with Waters himself, cast and crew, as well as fans such as Steve Buscemi and Jim Jarmusch, this is an exhaustive and entertaining look and the making and legacy of the film. A great watch.

Jarmusch pops up in another extra, where he interviews Waters for over half an hour. This was recently filmed exclusively by Criterion and proves to be a relaxed, informal chat about the film where Waters proves to be a fantastic and highly amusing interviewee.

Criterion have also added a 13 minute introduction to the film, recorded by Waters for the film’s 2001 DVD release, where he talks candidly through some deleted scenes. If you are interested in seeing more, there are also 25 minutes worth of additional outtakes included on the disc.

The final key extra is a short film that follows Waters giving a tour of Pink Flamingos’ filming locations as they are today. Waters mainly revisits two locations (the site of the trailer and the house of the kidnapping couple) and, as well as being a delight to watch thanks to it’s loquacious and engaging host, the film also achieves a surprising poignancy as footage of the film over plays the present day locations.

The disc is rounded out with an original trailer (which shows no footage of the actual film!) and a small booklet, which I didn’t get the chance to read for this review.