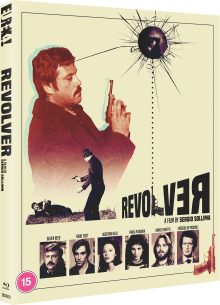 Revolver sees Oliver Reed play Vito Cipriani, a prison warden whose life is thrown into turmoil when his wife, Anna (Agostina Belli), is kidnapped by an unknown criminal organisation. The kidnappers claim they will only release Anna if Vito breaks petty criminal Milo Ruiz (Fabio Testi) out of prison.

Vito reluctantly helps Milo escape but won’t leave his side, not only to ensure the swap for his wife takes place, but also to find out who’s behind the kidnapping so he can bring the villains to justice. Milo, meanwhile, whilst happy to be freed from prison, has no idea who would take such drastic measures to free him and why.

The transfer goes wrong though, causing Vito and Milo to form a reluctant partnership to get to the bottom of the mystery, save Anna and their own skins. 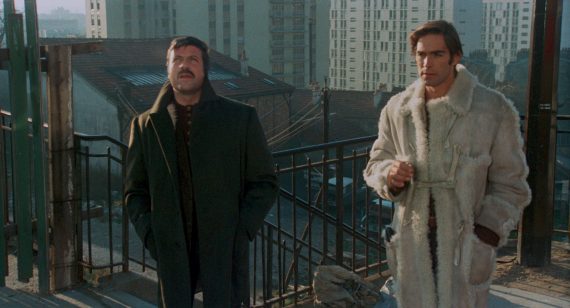 As mentioned in some previous polizieschi reviews, I’m a relative newcomer to the genre but have really been digging it. Revolver doesn’t buck the trend either, as I enjoyed it a lot.

The film isn’t a typical example of the polizieschi genre though. Whilst the central concept and themes of revenge and justice are fairly standard, Revolver has a slightly different feel to it. On a basic level, our hero is technically not even a police officer but a prison warden who quickly loses his status as he’s forced on the run, following his help in breaking Milo out of prison.

More than this surface difference though, there’s less of a sense here that the plot is just an excuse for a bunch of car chases and fistfights. There are a handful of action setpieces, but moral quandaries play a big part and, unlike a lot of polizieschi, the murders and killings here are given weight. Characters aren’t blasting away with little thought of the consequences. There’s fear and regret throughout. As such, Revolver has more depth than a lot of similar titles. Politics play a part too, albeit fairly subtly in comparison to many polizieschi, which often have a clear political slant, at least in terms of damning the criminal justice system. 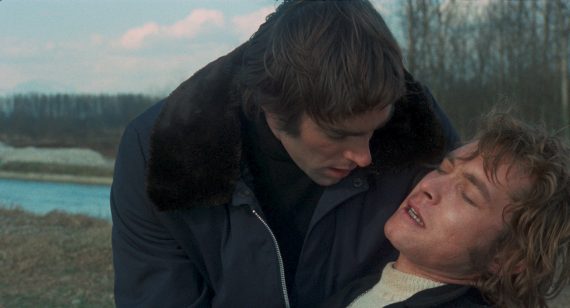 The cast are strong too. Oliver Reed can get a bad rap sometimes, due to his problems with alcohol and his tendency to simply be cashing in a paycheck on a number of jobs. He’s relatively restrained here though and delivers a powerful performance full of pent up rage and desperation. Testi matches him nicely too. His character makes good use of his looks and charisma to contrast Reed’s Vito, but Testi is also given plenty of meat to chew on to prevent Milo from becoming yet another charming criminal rogue.

Women are also given a little more respect than in most polizieschi, with the victim, Anna, not beaten around as much as similar characters in many other Italian genre films. The Carlotta character, a smuggler who helps the central pair (played by Paola Pitagora), is an interesting one too. She comes in late though so isn’t very well developed and there is a slight sense she was simply brought in as a love interest for the Fabio Testi character. Pitagora, however, gives a possible reason for her underwritten role in her interview on the disc (see below), which suggests she was originally going to have more screen time.

Sergio Sollima is not a particularly stylish director, in comparison to a lot of his contemporaries, which is perhaps why he’s less well-known among genre enthusiasts. He crafts a classy-looking film though that is expertly constructed. The editing is particularly sharp, most notably at the start when seemingly disparate strands are intercut very successfully. 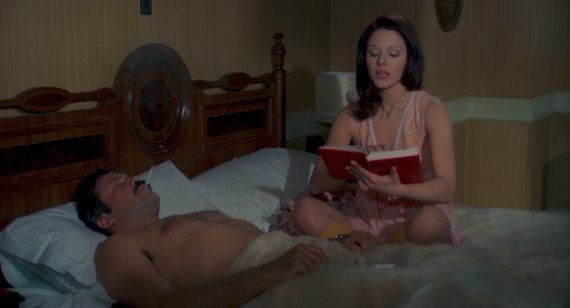 I did, however, feel the film lost momentum in the final portion of the film. There are a number of genuinely surprising twists and turns throughout the story, but perhaps one too many, as it all felt a bit drawn out towards the end. The finale has some particularly shocking moments but the lull that came before it took me out of the previously compelling narrative, so they didn’t have the impact they maybe should have had. I will say I was very tired when I watched it though and it was getting late.

Before I wrap things up, I must mention the score. Italian genre movies often have great soundtracks and this one’s a real humdinger as it comes courtesy of the late, great Ennio Morricone. He composed a ridiculous number of scores but always kept the quality high, even when working on seemingly throwaway fare. Admittedly he recycled themes now and again, but who can blame a man who has over 500 film composing credits to his name. His music here moves from grand emotion to funk-driven thrills seamlessly.

Overall then, whilst Revolver may overstretch itself in the final act, ultimately it’s an intense, rich and compelling crime thriller with strong central performances, solid craftsmanship and a fantastic score. 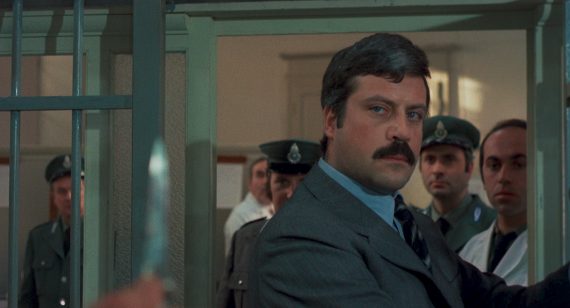 Revolver is out on 16th May on Blu-Ray in the UK, released by Eureka as part of their Eureka Classics series. The transfer is excellent. The film looks clean and clear, with a nice light, natural grain. The two audio options are solid too.

Kim Newman and Barry Forshaw’s commentary is excellent. The pair cover a lot of ground, discussing the work of all involved as well as dissecting the film, discussing how it stands apart from many of the other polizieschi of the era.

The Stephen Thrower interview begins by running through Sergio Sollima’s career before digging deeper into Revolver. He has some interesting things to say that help you better respect the film, so it’s a valuable piece.

In Testi’s interview, the actor discusses his career as a whole, rather than focusing on Revolver in particular. It’s an interesting watch though and he’s his usual charming self.

The Paola Pitagora interview is more illuminating. Her character isn’t particularly well developed in the film and she suggests it was partly because Reed caused an accident early on during her time on set that ended with her getting a badly swollen bump on her head that was hard to hide. She’s otherwise tactful about Reed’s behaviour on set but is honest about an issue she has with Morricone. As such, it’s an enjoyable piece that squeezes a lot into its 10 mins.

I haven’t received a copy of the booklet to comment on that, unfortunately, but Eureka usually pull out all the stops to put together some essential material to read through.

So, Eureka provide a well-curated package for a solid poliziottesco. Recommended.