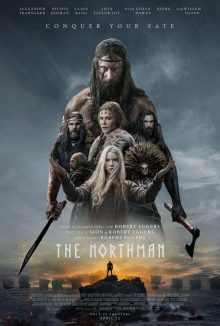 In just seven years, it seems that Robert Eggers has created a brand new sub-genre all of his own. Fusing dark historical fiction with folklore and the supernatural, his two films to date (2015’s The Witch and 2019’s The Lighthouse) often felt thrillingly unique, both films seemingly heralding the arrival of a major new talent. In Viking epic The Northman,  Eggers latest oddessy into the dark terrors of history and myth, he successfully continues this meteoric trajectory, producing his most striking and powerful film to date, a furious tale of blood and thunder that practically pulverises your senses from the first majestically composed frame to the last.

On paper, The Northman’s tale may sound like a familiar one. After witnessing the brutal murder of his father King Aurvandil (Ethan Hawke), Amleth (Alexander Skarsgård) has grown up as an exile, his only family a group of savage, marauding Viking raiders who terrorise the lands of the Rus. When a chance opportunity arrises for Amleth to steal back to his homeland, he disguises himself as a slave in the hope that he will finally be able to confront his father’s murderer and avenge his death. 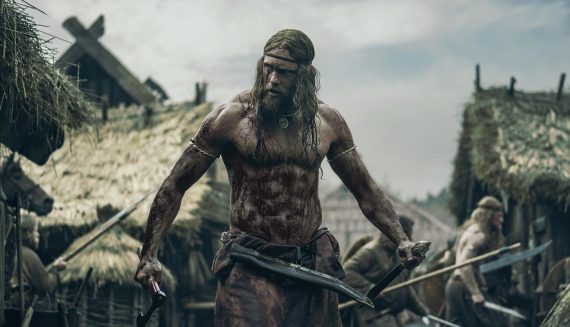 Cinema has attempted Viking epics before, but strangely, for a people as operatically violent as the Norsemen, they haven’t made as much of a dent on the cinematic landscape as you might have thought. The best Viking film to date, Richard Fleischer’s imaginatively titled 1958 saga The Vikings, took a grounded historical approach to the Northern raiders, yet The Northman instead shares a lot more in common with the hypnotic, druggy darkness of underrated Mads Mikkelsen vehicle Valhalla Rising.

Continuing on from the folkloric surrealism and dark fantasy that he explored in The Lighthouse, with The Northman Eggers hasn’t created an historical epic so much as a Norse myth writ large, full of violent prophecies, disturbing visions and terrifying, opaque entities. Like John Boorman’s Excalibur, The Northman’s goal isn’t so much to bring the past to life but to give fire and colour to ancient myth, to recapture and evoke the power of this most elemental form of storytelling. 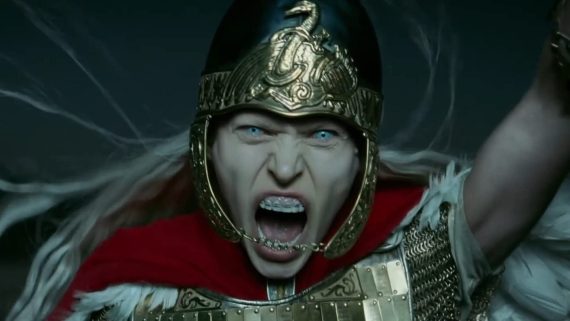 He achieves this through a film that presents cinema at its most sensory and visceral. The Northman is loud, epic, violent and visually ravishing, and practically demands to be seen on the biggest screen possible. It also feels like a glorious anomaly stood beside modern Hollywood film making. The action scenes are brutally captured in long, flowing takes (inspired, Eggers has stated, by the battle scenes of Tarkovsky’s Andrei Rublev) that feel a world away from the chaotic, over-edited incoherence of modern action cinema. This stark yet wildly successful simplicity is also applied to the film’s plot, which ensures that the 140 minute running time thunders by with speed and power, dragging you along in its wake. 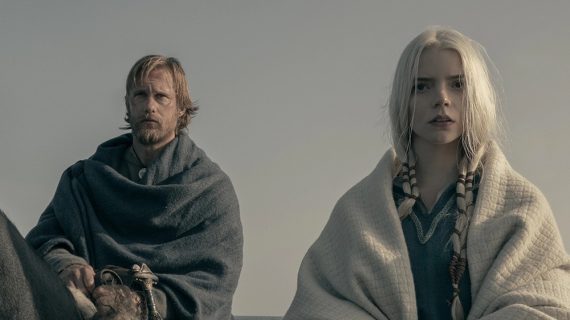 Yet this simplicity can also sometimes prove to the The Northman’s undoing. The story, perhaps also due to its aforementioned familiarity, never truly manages to surprise. The roadmap is clear from the start and The Northman very rarely deviates from where you expect it to go. Any thinness in the plot, however, is swiftly washed away by the utter, brutal conviction with which it is told. 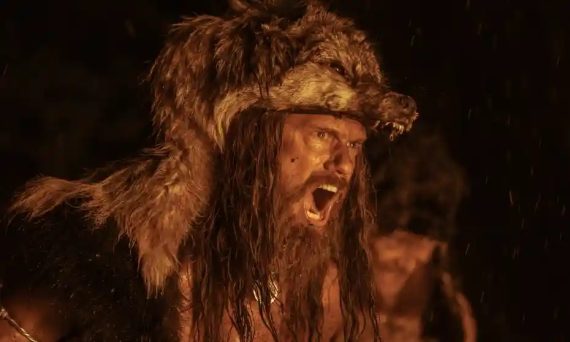 This conviction can also be found in the performances. Skarsgård nails the physical brutality of Amleth, coming across as a smouldering mass of muscular rage. He is ably supported by a delicious turn from Nicole Kidman as Queen Gudrún and a guileful, steely performance from Anna Taylor Joy, who brings depth and pathos to what on paper would seem to be a fairly thankless, two dimensional part. Willem Dafoe and Björk provide memorable cameos, although I do wish that Ralph Ineson and his striking haircut, along with Kate Dickie, had had a little bit more screen time. Out of the main cast though, it is only Claes Bang as antagonist Fjölnir who fails to make much of an impact, drifting weakly through the film like a soft breeze, as opposed to the gale force winds evoked by Skarsgård and Kidman. 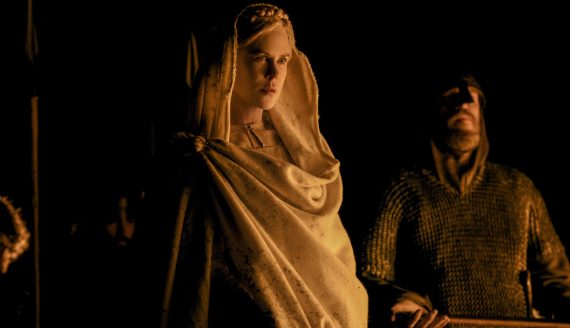 Yet this is really Eggars film above all else. He fuses the dark supernaturalism of his earlier work to a Hollywood revenge narrative that serves as a perfect continuation of the former and a glorious celebration of the latter. The Northman is that rare thing, a Hollywood tale made with an auteurist sensibility. Told with blood and thunder, it is a glorious celebration of the delirious darkness of Norse myth and firmly establishes Eggars as one of the most visceral and unique directors of his generation. It’ll be fascinating (and no doubt dark and terrifying) to see what he turns his malevolent eye to next.

The Northman is released in cinemas on April 15th