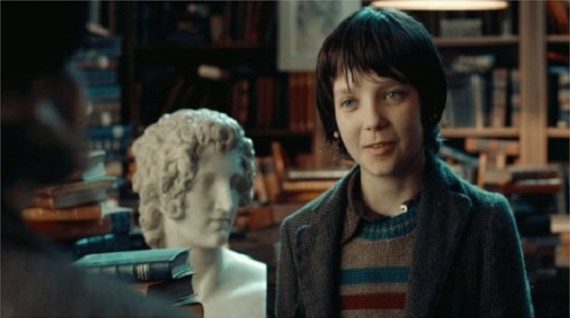 Martin Scorsese is, in my opinion, the world’s greatest living filmmaker. His back catalogue of work demonstrates him to be both a master of the fiction film as well as a highly consummate and passionate documentarian, and there are at least five films on his resume that can justly be considered masterpieces. What elevates him above other pretenders to the title of “World’s Greatest,” amongst which I would count Roman Polanski and Jean-Luc Godard, is the fact that Scorsese is still very much at the forefront of the art form, still possessing the potential to match his past successes, still capable of doing anything.

That isn’t to say that since “Casino,” the last film in his legendary collaboration with De Niro, Scorsese hasn’t had his ups and downs. He ended the last century on a disastrous pair of bum notes: “Kundun” was earnest but nigh on unwatchable, and “Bringing out the Dead” saw him completely lose the plot. “Gangs of New York” and “The Departed” are both terrific works which saw the director combine old concerns of gang warfare, masculinity in crisis and socio-cultural experience with new tropes: in the former an eye for period detail supplants the director’s mastery of unembellished contemporary society, and in the latter the subject of his study is Irish-Bostonian crime and Catholicism as opposed to that of the Italian Americans of New York. Yet these films are interspersed with “The Aviator,” a glossily stylish yet ultimately shallow affair, and “Shutter Island,” which is a fun homage to psychological B-Movie horror but in the end disappointingly lightweight.

On first glance, one could be forgiven for believing that Scorsese’s “Hugo” would be a similarly incidental affair: the director is not an automatic choice for a successful 3D family film, and yet it is the single most ambitious, revelatory and important film he has made this century, not to mention the richest and the most in touch with true joie de cinema.

We must begin by judging the film on its technological merits, which are considerable, in light of its decision to utilise two digital advancements about which I have in the past been very sceptical. “Hugo” has not allayed my scepticism, but has rather re-assured me that in the hands of an artistically minded director, when applied to the right film, they do have their uses. To concisely recap, my major problems with 3D are light loss due to the necessity of the glasses, and its failure to find any creative merits in the creation of positive and negative visual spaces in relation to the cinema screen. The first problem is resolved by the film being so brightly lit anyway, so expressionistically glowing in sumptuous and gorgeously enchanting colour, that if any light is lost we hardly notice it: even in darker scenes a rich palette of blues and purples serves to create the impression of night and shadow. This aesthetic links to the film’s excellent use of CGI, which here is used to enhance the fantastical world of a train station in post-WW1 Paris. Dante Ferretti’s extraordinarily detailed and lavish art direction creates an absorbing diegesis, a vision of reality’s past through the lens of childish wonder and fairy tale, and the CGI effects expand this world in a truly unselfconscious way. At no point did the seams between set and CGI become visible, and as such the CGI contributed to instead of detracted from the fantasy of the film. On the second of my 3D reservations, the truly revolutionary aspect to Scorsese’s direction of the film is the way he has consciously, meticulously, and intelligently reconsidered the very grammar of film language in his shot composition. The positive space is normally served very bluntly by 3D, which only renders pre-existing elements of pictorial composition more obvious to unenlightened eyes. Scorsese therefore creates shots and images which play upon this obviousness: trains and corridors running in parallel which enhance our perspective of depth, heaving and oppressive crowds of people, and tall staircases reminiscent of Hitchcock’s pioneering contra-zoom in “Vertigo.” Scorsese also explores the possibilities of the negative space, and concludes that subtlety rather than gimmicky spectacle is the key to genuine artistry here: instead of things popping out of the screen, a grate in a wall opens out onto us, Sacha Baron Cohen’s spherical face seems to slowly push out of the screen, and snow appears to fall all around us.

As brilliant as the film is on a technical level, Scorsese finds in the narrative of Selznick’s novel a perfect context in which to justify his pioneering usage of revolutionary technology. There are two central metaphors present in the story which point towards the origins and true nature of cinema as well as the soul and humanity which must accompany technology to create art. The first metaphor is in the relationship between Hugo Cabret and Isabelle. He has a mind for mechanics and magic achieved through scientific, technological means: his duty in life is to wind the clocks at the station, and it is amongst the myriad cogs and mechanisms that he lives. Isabelle is a precocious bookworm, a creature of immense imagination who craves adventure in the grand narrative of life. The affection and friendship between Isabelle and Hugo is a metaphor for the marriage between technology and storytelling that gave birth to the origins of cinema, and has remained integral to film since: not least in artistically justifying new technologies, as Scorsese is doing here by employing them to serve the story as opposed to mere extraneous novelty value. The second metaphor is in the link between the broken automaton Hugo tirelessly strives to repair following his father’s death, and Ben Kingsley’s interpretation of Georges Melies. Both are broken men, the machine within them requiring an emotional key from the past in order for them to be fixed: for the automaton this is a literal key in the shape of a heart, and for his creator it is a restoration of the now painful memory of his work as a silent film artist. Without their emotional keys one is a functionless but impressive machine, and the other a creative magician whose work is mere illusory trickery: both require the restoration of soul to recover what Hugo Cabret sees as their purposes in life, and cinema similarly requires heart to be art instead of spectacle and cheap conjuring effects.

That the film becomes an unabashed tribute to the early days of cinema is hardly surprising since Scorsese’s realisation of the train station world contains many allusions to silent cinema: in the bungling, burgeoning, wordless relationship between Richard Griffiths and Frances De La Tour, and in Sacha Baron Cohen’s hysterical slapstick master class as the station inspector, which is a clear tribute to the great silent comedians Harold Lloyd and Buster Keaton. Indeed, his blossoming romance with Emily Mortimer’s flower girl is surely a reference to the central love affair of Chaplin’s “City Lights.” Yet ultimately the focus of the film is on Melies, perhaps the first great filmmaker of narrative cinema, and it is crucial that Scorsese uses the latest technological innovations to artistic effect in relating the narrative of a stage magician who used the new technology of very early cinema to execute dreamlike fantasy worlds. The comparison is clear: cinema is once again the servant of special effects, but like Melies Scorsese is endeavouring to master special effects to the ends of artistry, even if the films themselves at first appear to be pure fantasy. Scorsese has in “Hugo” crafted a supreme family fairy tale, by turns bittersweet, melancholic and hilarious in tone: it is a story told with more heart and intelligence than is normally seen in films of this kind, and feels all the more timeless for it. In celebrating and exposing a universal audience to the niche turn-of-the-century films of Melies, Scorsese also pursues his passion for film history, and specifically restoration. In its reverence for the glories of past cinema and its Powell-like evocation of a fantastic version of reality, this is a film every bit as personal to Scorsese as his probing of the dark side of humanity and the Italian American experience in contemporary society as manifested in his past masterpieces.

Perhaps the film appeals so strongly to me personally because it supports my previously expounded upon theories of the meta-cinematic: “Hugo” is very much a film about cinema itself, about the mélange of technology and passionate storytelling to create art, just as “Rear Window” is about the voyeurism of watching the great drama of life unfold. Yet the film is also a universal family entertainment of supremely high quality: everyone should be made to see this film over Christmas.