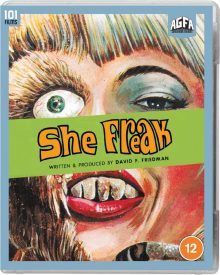 Opening with a lengthy almost documentary-like sequence of a large carnival/fairground in operation, She Freak is David Friedman’s love letter to the carnie way of life, one that he’d been happily involved with, as a carnival huckster, for many years.

She Freak follows the ambitious waitress, Jade (Claire Brennen), as she transitions from café waitress at a grimy gas station to carnival waitress, right through to being the wife of the carnival owner. We soon learn that Jade dislikes the fair’s freaks at the freak show end of the fairground and, when her husband, Steve St. John (Bill McKinney), dies, after being stabbed by her lover (another carnie) and she inherits the carnival, she goes out of her way to be unpleasant to the midget that was her husband’s friend, and basically reveals herself to be the generally unpleasant human being that she really is. And, for anyone who’s seen Tod Browning’s Freaks (1931) the film’s ending will come as no surprise, although this time it’s in Technicolor!

Replete with lots of static shots of not much happening, too many shots of carnival day-to-day life (although some of it is interesting, to be fair), and some pretty dire acting/dialogue, She Freak is the kind of exploitation film that we never really see these days. Advised by distributor AIP to tone the film down, Friedman ended up producing something that was rather anaemic for a grindhouse film. There’s little gore here and not much titillation either. What She Freak does have, in spades, is historical relevance, since much of the carnival footage was shot for real at the California State Fair and Friedman was approached by many filmmakers and broadcasters over subsequent years who wanted to buy his footage for their own documentaries and films. It’s also contains some great shots with colours that burst out of the screen, thanks to 101 Films’ treatment of the material. In fact, the widescreen transfer revealed here was taken from the original 35mm negative; therefore, the image looks very sharp, at least for the most part.

Considering that Claire Brennen wasn’t a professional actress she does incredibly well in the title-role, and is really believable as a manipulative siren. It’s such a pity that the actress only went on to do one TV series after this, before succumbing to cancer a couple of years later, aged just 40. Apparently she was great to work with and was nothing like her character in the film – just as well!

So is She Freak worth a watch? Well, yes, especially if you like 1960s exploitation cinema, carnival-based films, human oddities and watching unconvincing fist fights set outside circus tents. 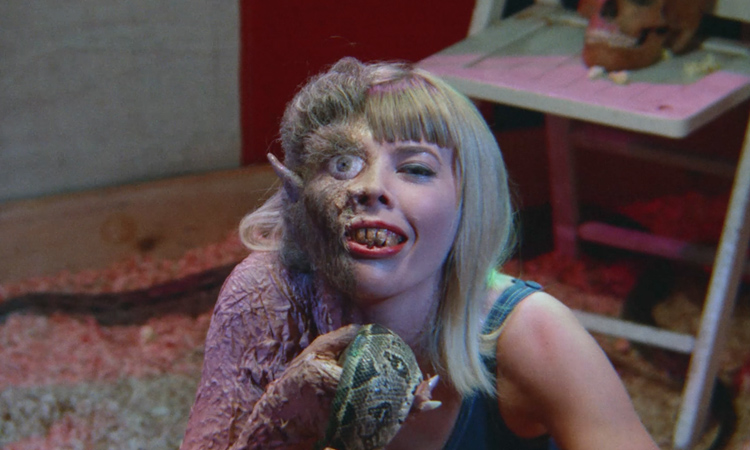 She Freak is being distributed by 101 Films, AGFA and Something Weird on Blu-ray. There are plenty of extras on the disc including:

Audio commentary, on She Freak, with director/writer David F. Friedman who’s accompanied by Something Weird founder, Mike Vraney. This is an archival interview, but is still well worth listening to as David is so knowledgeable about the film business and carnivals too. Apparently Freaks made a lasting impression of him when he saw it, aged just nine, and he decided to make his own version years later. We also learn that the film was shot in around 13 days for $65K.

Asylum of the Insane: She Freak inserts (8.5 mins) – Here’s a selection of the 3D inserts for the film, including a girl on a swing.

The Laughing, Leering, Lampooning Lures of David F. Friedman (97 mins) – Another awesome extra from 101 Films, Something Weird and AGFA in the form of a feature length trailer reel showing lots of trailers from Friedman’s soft-core career including the likes of The Defilers, The Head Mistress, Brand of Shame, The Lustful Turk, The Suckers and The Notorious Daughter of Fanny Hill, which incidentally was David’s first movie.

Vintage shorts from the Carnival Midway (8.5 mins) – A fascinating glimpse back in time to carnival life, and the freaks therein, including sword-swallowers, fat ladies (probably now normal obese size in modern-day America!) and two sets of conjoined twins, one of which is getting married. Not quite sure how that’ll have ended up on the wedding night; well, I hope! 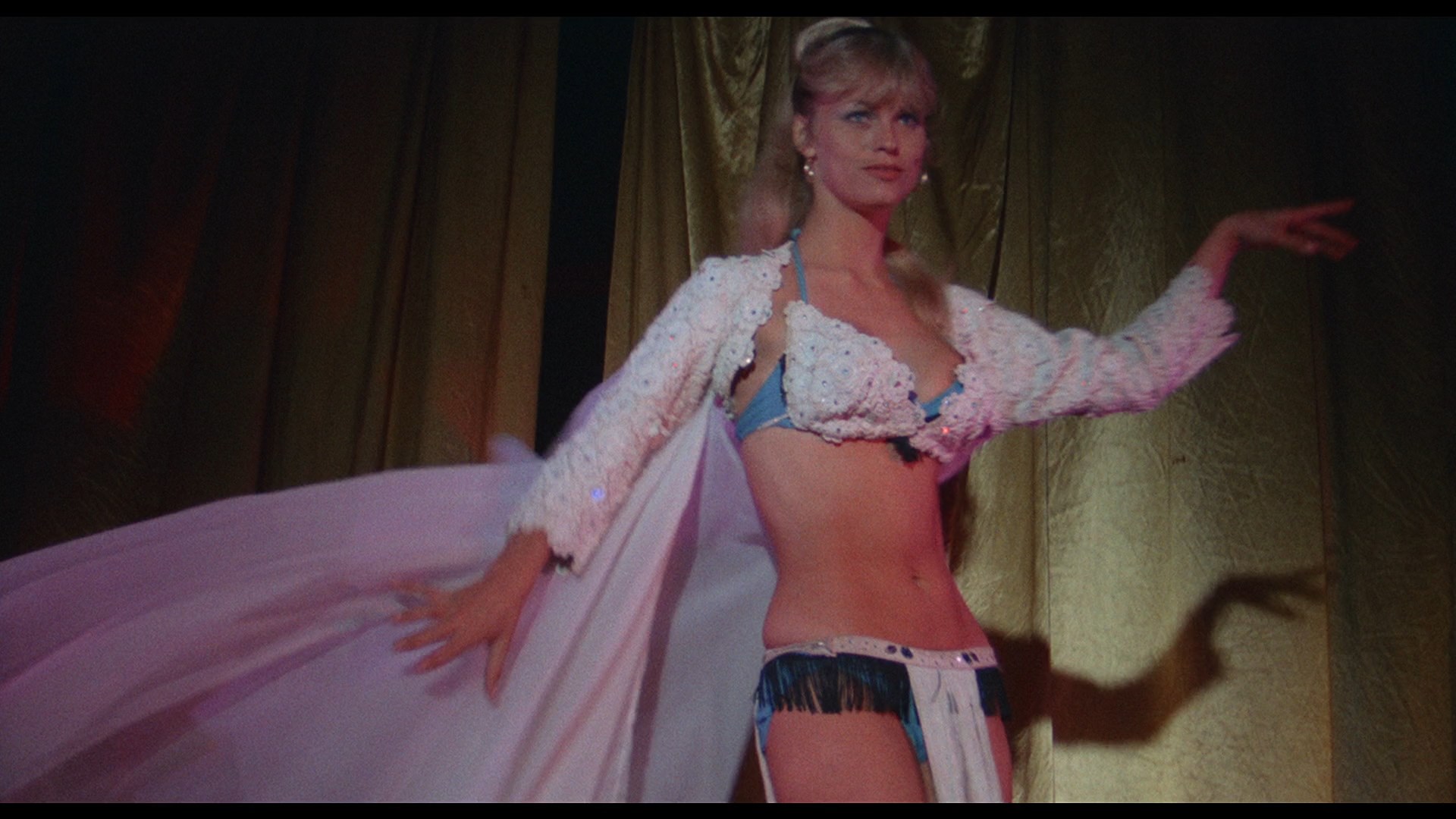