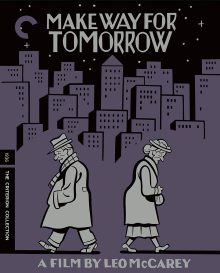 As is his wont, Peter Bogdanovich opens his interview for this Criterion edition of Make Way For Tomorrow with an Orson Welles anecdote. Bogdanovich had been screening old movies on the Paramount lot in the 1960s (arranged, he says, in another epic piece of name droppage, by Jerry Lewis) and happened to mention to Welles that Make Way For Tomorrow was among them. “Oh my God!” Welles exclaimed, “That’s the saddest movie ever made! It would make a stone cry!”

Welles was not wrong. The film follows a couple in their 70s, Barkley and Lucy Cooper, who lose their home when the bank forecloses. They turn to their five adult children for support, but discover that none is able, or willing, to take them both in. The temporary solution is to separate them, after fifty years of marriage, with each going to live with a different child. The new living arrangements, however, prove a strain on all involved and as Barkley’s health begins to fail, the couple’s longed for reunion looks more and more unlikely. 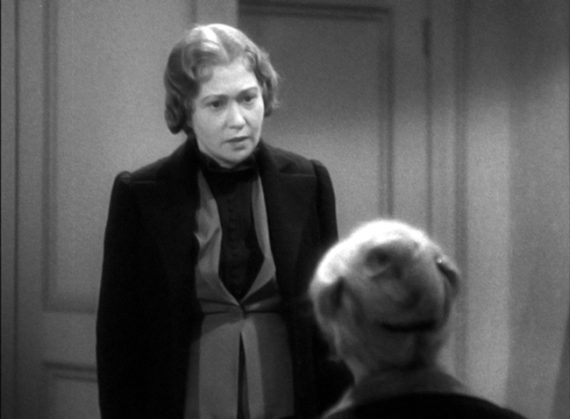 What makes this seemingly maudlin tale not only bearable but something of an overlooked classic, is that director Leo McCarey treats it like a comedy. He made Make Way For Tomorrow in the same year as his screwball masterpiece The Awful Truth, and the two films share a huge amount in terms of style and tone, even as their narratives pull in opposite directions. To both, McCarey brings a sense of playfulness and warmth, where every character is allowed their moment to shine, and no scene concludes without some little bit of extra business – a line of dialogue or a look – to add depth or humour to proceedings.

Lucy (played by Beulah Bondi) is sent to live with their eldest son, his wife and their teen daughter Rhoda, who is forced to share a room with her chatty grandmother. Having the loud and opinionated old women thrust into their lives is uncomfortable for everyone as Lucy first discourages Rhoda’s friends from visiting the apartment, and then disrupts the family’s important bridge night. Meanwhile Barkley (Victor Moore) finds life in his daughter’s home restrictive and unwelcoming. In each case, McCarey manages to present the situations without establishing obvious rights and wrongs. On the one hand, the children are self-centred and inflexible, but on the other, their parents are annoying and unwilling to accept how times have changed. Over time, all parties come to understand their shortcomings, but without the power to change them. 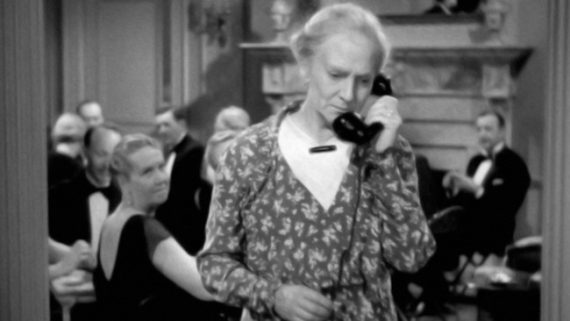 In the third act, the elderly couple are briefly reunited and a series of chance encounters gifts them a memorably happy afternoon, dining and dancing in a high class restaurant. The setting could be straight out of The Awful Truth, and you half expect Cary Grant and Irene Dunne to waltz past, hopefully bringing with them a happy resolution. The actors Bondi and Moore were actually considerably younger than their characters – Bondi was only three years older than Thomas Mitchell, the actor playing her son – and in this sequence their relative youth shines through the old-age make-up. Here, however, the really awful truth is that there are no easy solutions. It’s hardly a crowd-pleasing message, and Make Way For Tomorrow was a financial failure on release. But if the Coopers’ is ultimately a story of disappointment and sacrifice, at least there’s a great deal of entertainment and compassion along the way.

Make Way For Tomorrow is being released on Blu-ray by the Criterion Collection in the UK on 25th April.

As you’d expect for a film from 1937, Make Way For Tomorrow has a heavy grain, but as you’d expect from Criterion, the presentation is excellent, with clear detail, little visible damage and consistent brightness. There are only two extras, but both are engaging and genuinely illuminating. As mentioned above, the late, great Peter Bogdanovich gives a 20-minute interview that begins and ends with Welles references but in between packs in a huge amount of information and insight into the film and McCarey’s career. Also clocking in at 20-minutes, critic Gary Giddins offers a video essay that examines McCarey’s politics more closely. 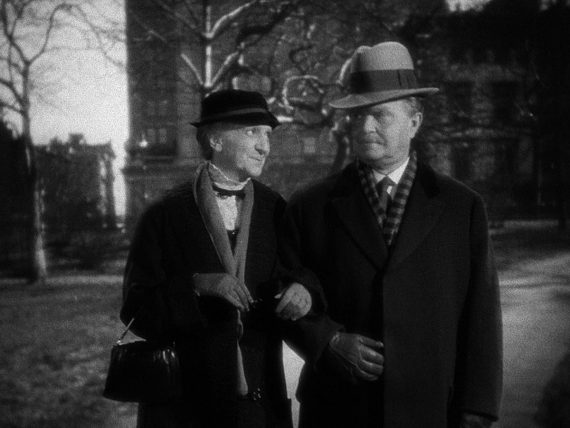