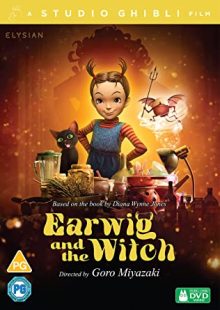 From Japanese director, Goro Miyazaki, (son of renowned Japanese animator Hayao Miyazaki) comes a fantasy animation, Earwig and the Witch (2020), based on a book by English writer Diana Wynne Jones. Made at Studio Ghibli, I found this totally CGI animation for TV, quite quaint, and something I would undoubtedly have liked as a child.

I decided to watch this film having watched a short trailer. It seemed like something I may enjoy with the family. It had the word ‘witch’ in the title (anything related to witches tends to draw me in) and although I am not familiar with any of Goro Miyazaki’s earlier work, I thought it might be interesting to watch some Japanese anime.

Of course, this is not what this film is at all. If that is what you were hoping for, you would be sorely disappointed. The CGI animation is typical of a children’s animated TV show and to some degree, reminds me of the animation in those ‘life stories’ games advertised on Facebook. Not at all like the famous animated work of the director’s father. But to be honest, this didn’t bother me.

The film tells the story of ‘Earwig’ (English version voiced by Taylor Henderson) a baby abandoned by its mother, outside the door of an orphanage. Taken in by the Matron, Earwig becomes part of the furniture, not expected to ever be adopted. And this is how she wants it to stay. 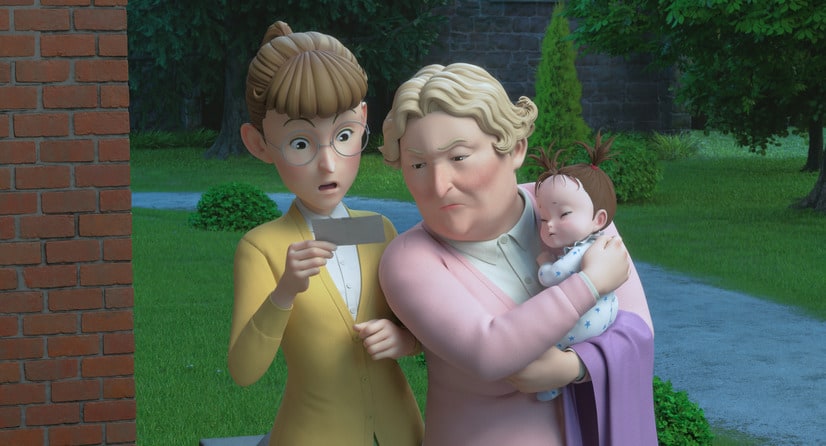 Able to manipulate everyone around her, Earwig is shocked when she is unable to prevent her adoption by a very strange couple. The couple, The Mandrake (voiced by Richard E Grant) and Bella Yaga (voiced by Vanessa Marshall) turning out to be quite different from your average couple.

The true reason for Earwig’s adoption becomes very clear when she is put to work in the kitchen, an ‘extra pair of hands’ for Bella Yaga as she cooks up a myriad of spells. Trying to take advantage of the situation, Earwig makes a deal with the witch to help her in the kitchen, if she will teach Earwig magic. Obviously, Bella fails to keep her word, which leads to Earwig befriending the talking cat and trying to perform spells by herself.

During her time in the not so ordinary house, Earwig discovers a secret related to her mother. At first, this discovery seems to anger The Mandrake but realising who Earwig really is, softens this hardened being and life for Earwig becomes much more bearable. As with all fairy tales, everything works out in the end.

I have never read the novel by Diana Wynne Jones and wonder how closely this film echoes the characters in the book. The character of Earwig in the film comes across as quite manipulative. She is particularly unlikeable prior to being adopted by the witch and I wonder if this was intentional based on the book character or a flaw in the screenplay. As a result, Earwig’s ability to get her own way makes her appear more like a spoilt brat than a ‘witch child’, having a magical way of hypnotising everyone. Fortunately, this film is clearly aimed at children and the likelihood of this element bothering a 7-year-old is slim.

Despite the animation being CGI, there are still elements of the traditional anime style about this film. The contrast between background and character are still there. The character of Earwig is still distinct in graphic style, made to look like an actual Earwig. This is particularly noticeable in the opening titles, where child-like drawings contrast with black silhouettes.

Whilst not a traditional Japanese anime, if you take this film for what it is, a children’s animated fairy tale, it is an enjoyable watch. The CGI animation will appeal to the vast majority of the western population, and the running time at 1 hour, 22 minutes, is perfect for a younger audience. Do be aware however, some scenes may be a bit frightening for young children.

Earwig and the Witch is out now on DVD by Elysian Film Group and will be released on digital/VOD platforms on 23rd May 2022.