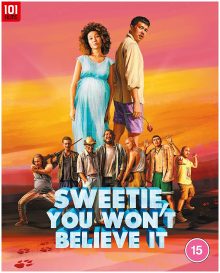 Dastan (Danyar Alshinov), who’s tired of dealing with his constantly nagging and heavily pregnant wife, (played by Asel Kaliyeva), decides to leave her to it and head out on a sudden fishing trip with his two mates, sex toy salesman, Arman (Azamat Marklenov), and policeman Muram (Yerlan Prynsetov). Arriving in a remote area in Arman’s camper van, which is bizarrely full of inflatable sex dolls, the trio quickly find themselves at the centre of a series of misunderstandings and missteps that cause them to have to go on the run from a group of small-time criminals, all for just being in the wrong place at the wrong time. The question is: can they find a way to stay alive and get home safely?

To say that Sweetie… is a weird, but comical ‘wrong place, wrong time’ kind of film would be an understatement. First of all, the trio of friends witness a group of equally goofy criminals accidentally kill a man, and then, an even bigger threat appears in the shape of a scarred, one-eyed bald man (Dulgya Akmolda) – who seems to have supernatural speed and strength – He becomes enraged by the criminals when they accidently run his dog over and shoot it to put it out of its misery. There will be blood… lots of it. 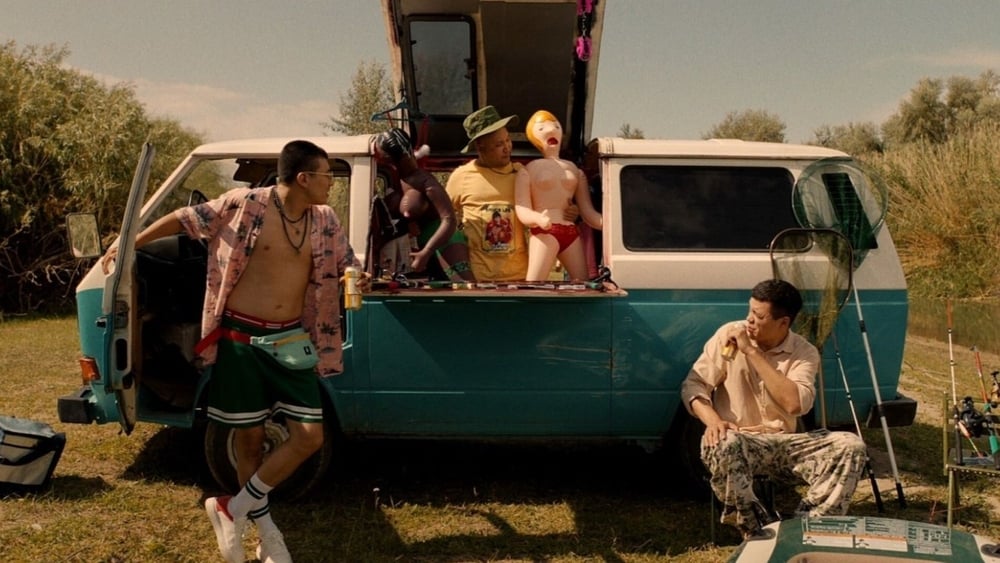 This gloriously gory horror-comedy, from Kazakhstan, may be representative of a different culture, but is essentially a rites of passage story, only with immature adult men instead of the usual teens that you’d normally find in such a film.

Director Yernar Nurgaliyev keeps the pace ticking along nicely, and provides just enough depth to the characters for us to feel that we know them and have a connection with them, especially Dastan, our under-the-thumb father-to-be. The characters are a likeable, useless bunch (for example, one of the butch-looking criminals keeps fainting at the sight of blood), and the crazy, unstoppable bald madman, following them, is both suitably terrifying and comical in an OTT way.

Some of the gags are a bit lame, but there’s some fun dialogue (“You’re noisier than a jackal’s ass!” and “Death is a tragedy; life is a war” ), and any film where a major plot point involves an accident being caused by a bottle of urine being chucked out of a moving vehicle can’t be all bad! In fact, Sweetie reminded me a bit of Belgium film Calvaire (aka The Ordeal) where pretty much anything goes and happens, and often does!

The film is well made, with some impressive physical gore effects (check out the eye stabbing and ear lobe gag!), especially during the final act. Plus, any film that features the biggest pair of spectacles since George Romero stalked a …Dead set, gets an extra star from me, for sure.

Sweetie you won’t believe it is being distributed by 101 Films on Blu-ray. The only extra on the disc is the film’s trailer. It would have been nice to have had more behind-the-scenes material, for sure. 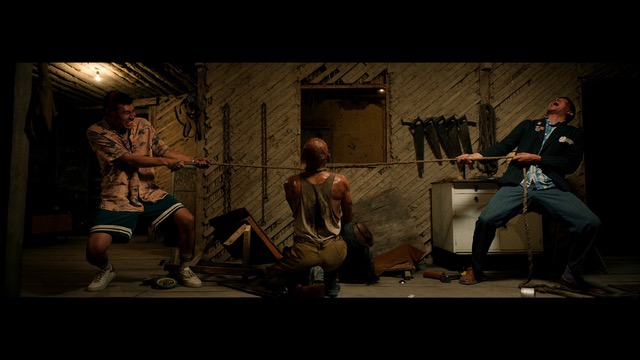