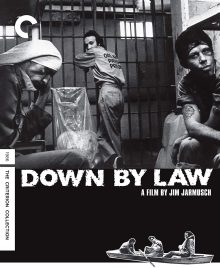 This review contains mild spoilers for both Down by Law and Jim Jarmusch’s previous film Stranger Than Paradise.

Since the moment I first encountered Jim Jarmusch, having bought a VHS copy of Night on Earth after seeing his name mentioned in the credits of Kevin Smith’s Clerks, I fell in love with his work. As was probably the case for many people of my age, Smith’s film had been my way in to American Indie cinema but it was Jarmusch’s films that really opened my eyes to the scope and invention that was possible when working on a smaller canvas, free from the creative restrictions of studio meddling. Jarmusch’s oeuvre is replete with examples of this liberating minimalism but two of the most notable came early in his career, helping to establish that hip indie aesthetic that informed so many filmmakers who came to prominence in the 90s indie boom. One was Stranger Than Paradise, an extraordinarily minimal film that remains one of the most brilliantly idiosyncratic of its era. The other was Down by Law, and it was even better.

Rather than merely repeat the laconic, aimless drift of his breakout indie hit Stranger Than Paradise, Jarmusch opted to apply this aesthetic to a genre piece, creating a unique prison movie that has all the major plot points you’d expect from the genre without ever feeling like the sort of film you’d expect them to cohere into. There are elaborate criminal setups, tense dynamics between tightly wound prisoners, daring escape attempts and fugitive adventures. But these are all presented through Jarmusch’s trademark slowburn style, which avoids melodramatics (some might even say dramatics) in favour of creating more realistically human, if occasionally exaggeratedly detached, characters. This approach gives the story’s dramatic peaks a greater impact by virtue of extreme juxtaposition. 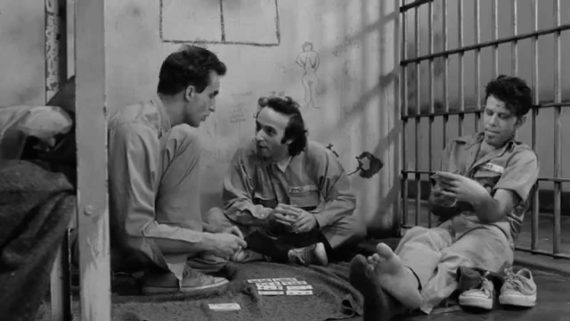 All of which is not to say that Down by Law is a film that lacks energy. Jarmusch often liked to limit the spaces in which he placed his characters in these early films; hotel rooms in Mystery Train, taxi cabs in Night on Earth. A large chunk of Down by Law unfolds in a cramped jail cell which three men are forced to share. But Jarmusch extracts maximum entertainment value from this tiny space. The close quarters in which they find themselves bring out the characters’ personalities by breaking down the guards they were able to keep up in the outside world but which they struggle to maintain in such an awkward situation. As a result, the prison cell scenes play like a series of blackout sketches, picking out the moments of conflict, camaraderie and hysteria that intermittently emerge in the midst of long, tedious days.

Although Down by Law builds on, rather than repeats, the approach of Stranger Than Paradise, Jarmusch wisely utilises some of the decisions that worked so well in that previous film. Once again he shoots in atmospheric black and white, perhaps a budgetary concern but also an aesthetic triumph. Jarmusch also casts his lead from the previous film, John Lurie, as one of his leads here. Lurie was primarily a musician and looking to the music world for his actors paid off again here as Jarmusch chose Tom Waits as another of the leads. Waits and Lurie are more than adequate in their separate roles but they are most effective when the film throws them together, sparking off each other with an aggressive chemistry that quickly leads to crossed words and thrown punches. 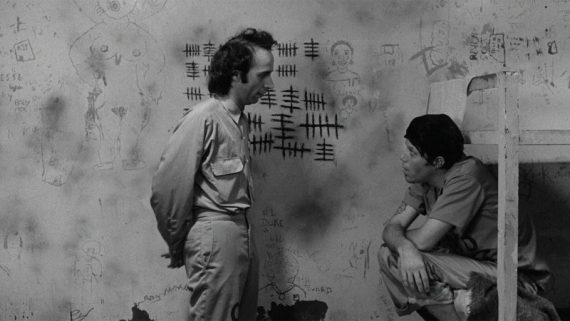 The headstrong stubbornness of these two men would leave little room for growth were they the sole protagonists but Jarmusch’s trump card here is his introduction of Roberto Benigni as third cellmate Bob. In sharp contrast with the po-faced masculinity of Lurie and Waits’s Jack and Zack, Bob is a wellspring of joyous energy, effervescent optimism and childlike naivety. Jarmusch’s early films also had a fascination with cultural and language barriers and Bob’s attempts to improve his English provide some of Down by Law’s most memorable scenes, without ever threatening to lapse into Mind Your Language xenophobia. The scene in which Bob draws a window on the cell wall is a classic of Indie cinema. Benigni is terrific in the role, at once lovable without being patronisingly cute. His innocence, energy and apparent vulnerability are key in convincingly bringing his two cellmates together, although it is ultimately his ingenuity in the face of their resigned cynicism that moves the plot forward.

Down by Law’s plot sounds like a recipe for a sentimental Oscar favourite: three men brought together by adversity and their shared differences. But in a self-consciously didactic film of that kind, the protagonists would realise they were not so different after all. In Jarmusch’s film, their differences are highlighted and celebrated, much more in keeping with the invigorating indie spirit than a lapse into counterproductive “we’re all the same underneath” reductivism. What’s more, while the men are briefly brought together when they need each other, they do not ultimately stay together. Jarmusch is more interested in the fleeting connections and realises that you do not need to crowbar in a lifelong friendship, or even a friendship of any kind, to effectively portray the beauty of human interaction. The characters may not end up in different countries as they did in Stranger Than Paradise but Jarmusch makes a point of showing them literally taking different paths, their goodbyes betraying an increased respect, if not any sign of long term affection. 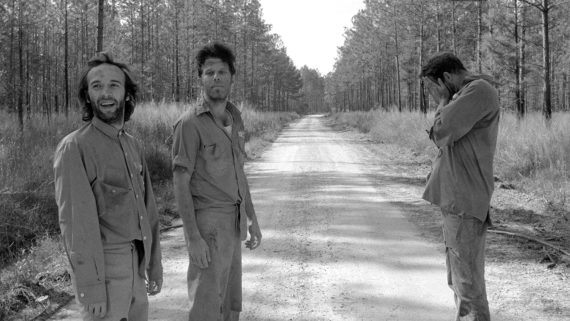 Down by Law endures as not only a great film but an important one. You’re probably more likely to find Stranger Than Paradise in lists of seminal indie films of the 80s but Down by Law helped to move Jarmusch forward as a storyteller without sacrificing any of his unique style. His next film would be Mystery Train, which I would place among the greatest indie films ever made, and it’s clear how crucial Down by Law was a precursor. It’s still among the quintessential films of the independent movement.

Down by Law is released on Blu-ray by Criterion on 3 January 2022.

• High-definition digital restoration, with uncompressed monaural soundtrack
• Thoughts and reflections on the making of the film from director Jim Jarmusch in 2002
• Interview with director of photography Robby Müller from 2002
• Footage from the 1986 Cannes Film Festival, including a press conference featuring Jarmusch and actors John Lurie, Roberto Benigni, and Nicoletta Braschi, and an interview with Lurie, with commentary
• Sixteen outtakes
• Music video for Tom Waits’s cover of Cole Porter’s “It’s All Right with Me,” directed by Jarmusch
• Q&A with Jarmusch in which he responds to fans’ questions
• Recordings of phone conversations between Jarmusch and Waits, Benigni, and Lurie
• Production Polaroids and location stills
• Isolated music track
• Optional French dub track, featuring Benigni
• Trailer
• PLUS: An essay by critic Luc Sante