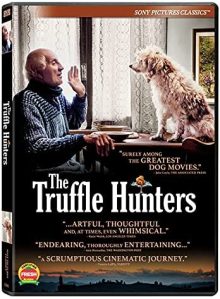 This sedately-paced documentary by Michael Dweck and Greg Kershaw (The Last Race 2018) opens with a nice aerial shot of an older man with his two dogs moving through hilly woodland looking for what we soon discover is a truffle, which is the fruiting body of a subterranean ascomycete fungus, in case you were wondering. We later see a restaurateur on the phone to a president explaining what sort of truffles he has in his possession.

This very chilled-out documentary essentially focuses on a handful of older guys, mostly in their seventies and eighties, who ‘hunt’ the rare and expensive white Alba truffle, deep in the forests of Piedmont, Italy. This elusive fungus has, to date, resisted all of modern science’s efforts at cultivation, and therefore still has to be sought out its wild habitat by a very eccentric bunch of expert truffle hunters, who have learned their craft over many decades and are reluctant to share their knowledge with anyone else, including, in one case, their own family. 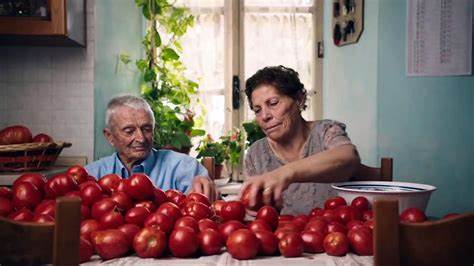 The filmmakers have decided to just follow these guys around for a while and film their interactions with their environments and the people and animals they encounter along the way. This works well, in that the ‘performances’ are all very naturalistic, and we get a real sense of who these men are and how they live their very niche lives, but, on the negative side, it means that there’s no real ‘story-arc’ for the film and it just kind of meanders its way along; a bit like the winding woodland paths that we see the men, and their dogs, traversing for much of the film.

The truffles fetch a lot of money on the often ‘grey’ market of rarer food produce, hence there’s fierce competition between truffle hunters, both old and new. When a relatively small amount of truffle can go for between 4,000 and 5,000 euros, it’s easy to see why some hunters are quite unscrupulous and will puncture the tyres of rival hunters’ vehicles and even, in some extreme cases, poison their highly-trained dogs to take them out of commission, especially while the peak truffle-picking season is in full swing. Sadly, this more exciting aspect of truffle hunting is just hinted at and, instead, we see lots of lovely shots of autumnal woodland and masters playing with their talented dogs. 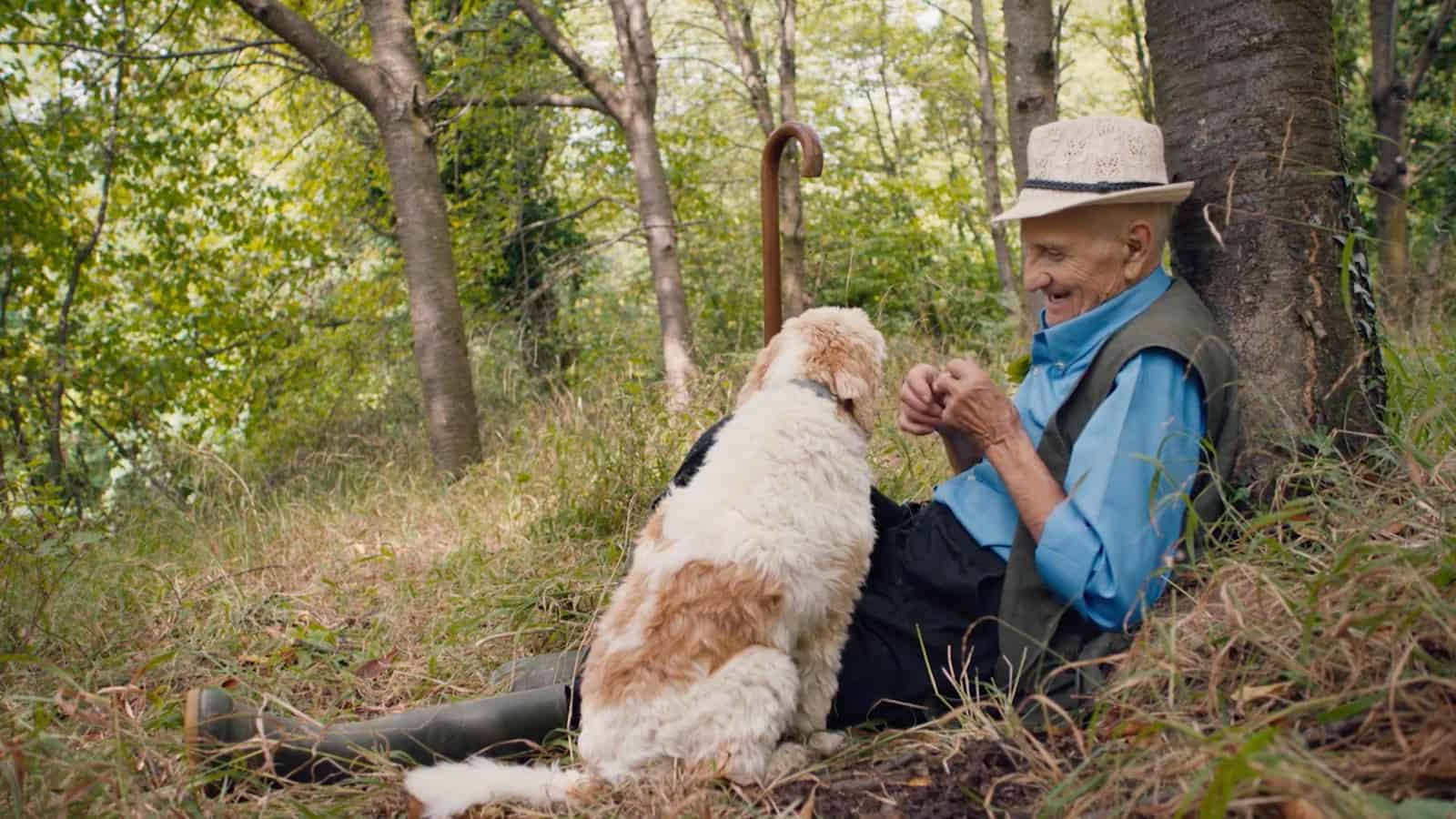 However, one definite plus to the documentary is the thick slice of rye humour that runs throughout its limited runtime. We can gently chuckle at some of these hunters’ more eccentric behaviours, and enjoy the often amusing conversations they have with their wives, dogs and fellow truffle experts. For example, one hunter baths with his dog and uses a hairdryer to blow-dry his dog, while they’re both still in the bath – what could possibly go wrong?! Another hunter writes poetry on a very old typewriter while he chain-smokes, drinks wine out of a pint glass, and talks to himself in his wine cellar.

We are also provided with a small window into the seller’s side of the truffle pipeline and get to see the set-up of a truffle market where truffles are judged, particularly on their distinct smell. Apparently, it’s for this odour, and not their garlicky taste that truffle are so highly regarded. 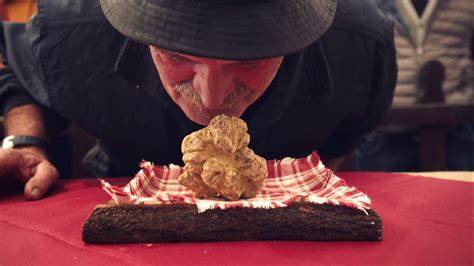 The film closes on one 87-year old truffle hunter, climbing out of his ground-floor window in the middle of the night so he can go truffle hunting, and enjoy listening to the owls in the woods, despite his wife banning him from doing so following a previous accident he’d had where he’d almost knocked himself out on a tree branch…

The Truffle Hunters is a very charming lo-tech documentary that in many ways is the perfect anecdote to our fast-paced lives and, for that, one has to applaud the filmmakers and all who worked on the production. However, I’m not really sure who the documentary is really aimed at – foodies, mycologists, or just people who enjoy watching other people because people are, well, interesting.

Sony Pictures Entertainment is distributing The Truffle Hunters online and on DVD/Blu-ray. The documentary is being released on 27/9/2021. 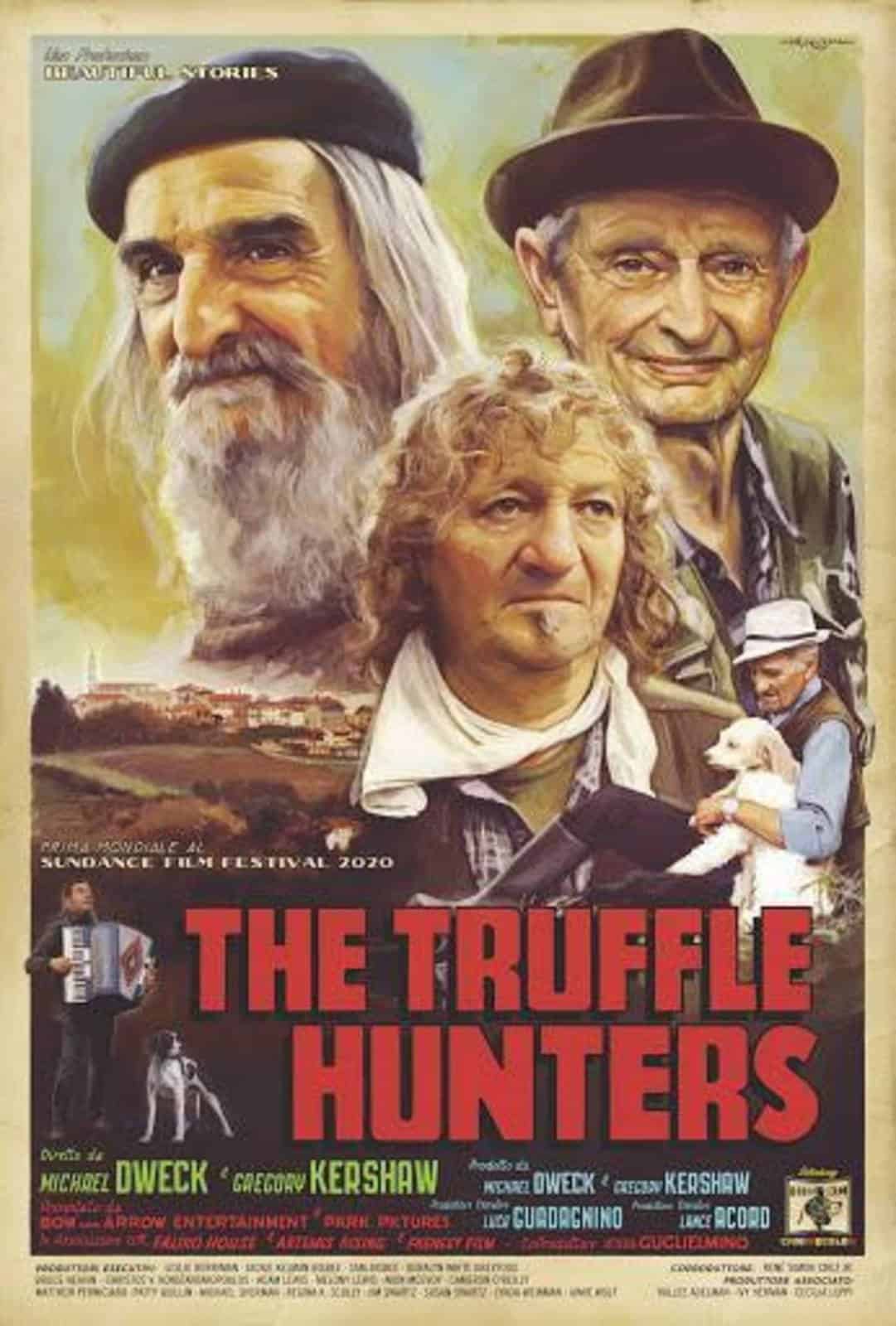