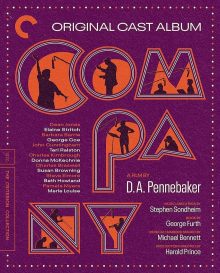 D.A. Pennebaker’s Original Cast Album: “Company” was originally intended as the pilot for a documentary TV series, which would look at the recording of a different original cast musical album in each episode. It premiered at the 1970 New York Film Festival to unanimous praise and a packed audience but, unfortunately, the series original producer, Danny Melnick, left New York to become head of production at MGM. With no one driving the project forward, it simply fizzled out and this one documentary was all that remained of the series.

The acclaim for Original Cast Album: “Company” kept it in people’s minds though and, despite being caught up in a rights dispute for a long time, Criterion eventually got their hands on it and are now releasing the film on Blu-ray, with their usual spit and polish treatment.

I’ve not seen a lot of D.A. Pennebaker’s films, but the couple I have reviewed here (Don’t Look Back and Monterey Pop) both received coveted 5-star ratings, rare for me in first-time watches. So, though I knew very little about Original Cast Album and I’m not a huge stage musical aficionado, I figured I was in safe hands with the director and gave it a try. 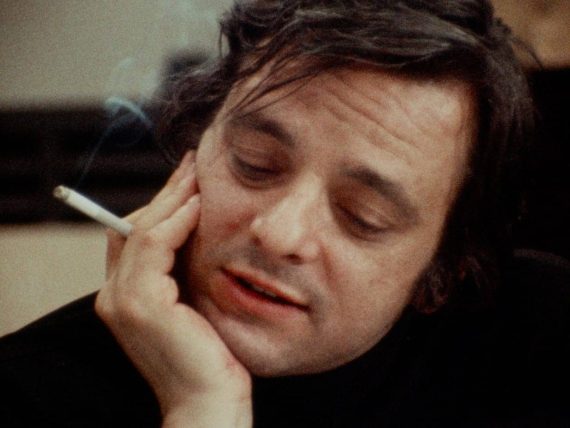 Original Cast Album is basically what I described in the opening paragraph. Pennebaker and his crew observe the recording of an original cast album for George Furth and Stephen Sondheim’s ‘Company’. We watch the singers tackle the composer and lyricist’s notoriously tricky parts, getting feedback from the man himself, as well as harsh criticism from the record’s producer, Thomas Z. Shepard. We see the orchestra running through each piece too and watch the stress of the technicians and head honchos by the mixing desk.

As the long session (14-hours) ventures towards dawn, the film climaxes with one of the stars, Elaine Stritch, struggling to get to grips with her big solo number, “The Ladies Who Lunch”. She’s tired (and supposedly had a little too much booze, according to Sondheim in the extras) so can’t quite nail it, leading to frayed nerves all around. 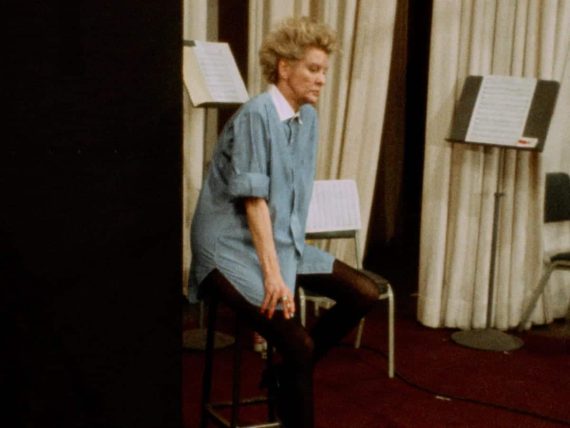 Well, Pennebaker didn’t disappoint me with this. Once again it’s a five-star film in my books. The man can do no wrong.

Pennebaker was always particularly good at capturing his subjects at what appears to be their most natural and this is no exception. Whether it’s down to his technique (Stritch called Pennebaker “a sneak”, saying you could never tell he was filming you) or the fact that everyone involved was focussed on the task at hand, but you never get the feeling anyone is playing up to the camera.

Pennebaker also, more often than not, gets in very close to those he films. This gives the documentary an intimacy and intensity many lesser fly-on-the-wall documentaries lack. It allows the audience to really look into the souls of those on screen.

It’s this invisible and up-close-and-personal approach that allows the film, which was only shot in one day (well, almost, as there is a brief final scene shot a couple of days later) at minimal cost, to be so successful. You get a genuine sense of the immense talent of those involved in the recording and the level of work they put in to deliver what some might see as just a bit of throwaway entertainment. 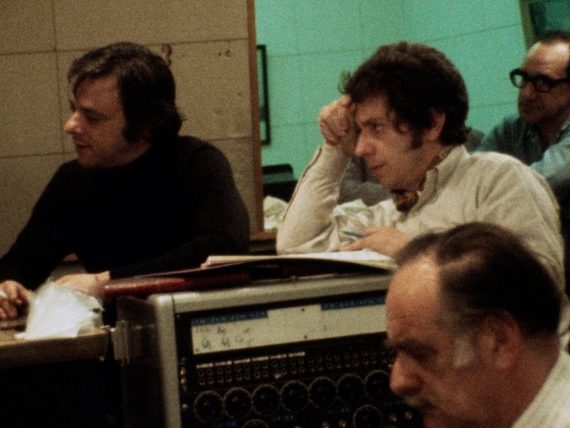 That would be a poor way to describe the material though, because, also pivotal to the success of Original Cast Album is the quality of Furth and Sondheim’s musical. It was a groundbreaking work at the time, changing the idea of what a musical could be, fusing the revue with the ‘book musical’, on top of tackling adult themes, which was rare in the genre at the time.

I must admit, I’ve not seen the show before and don’t know the songs, but after watching this film, I’m keen to amend that. In typical Sondheim fashion, there are some fast-talking, complex numbers that are amazing to see Broadway pros nail perfectly.

The “Ladies Who Lunch” sequence is the real showstopper. Even if, technically, the first, unbroken take of it we see Stritch perform is flawed, causing the numerous, exhausting additional takes, it’s absolutely electrifying to watch. Even though the performance is meant just for an audio recording, she delivers it as she would on stage, putting real personality and showmanship into it, even if she’s not allowed to move or dance around a stage. 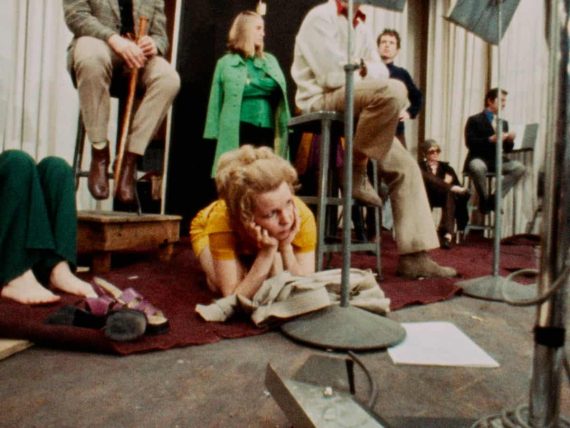 If you’ve spotted the running time at the top of this review, you may have noticed it’s a very short film. Running at 53 minutes, some wouldn’t even call it a feature (though AMPAS, the AFI, and the BFI all define a feature as a picture with a running time over 40 minutes). However, it’s as long as it needs to be. Original Cast Album never feels undernourished or flimsy and, in this succinct form, is as tight as a drum. The idea that every film should be a fixed length is ridiculous really, it’s all down to the story or content. If it needs to be 3 hours, it needs to be 3 hours, or if it works best at 53 minutes, that’s fine too.

Overall, it’s a perfectly mined gem of a documentary. Charting the trials and tribulations of a group of highly talented individuals as they work their hearts out to get a job done, it’s a wonderful testament to the practice of creating art. 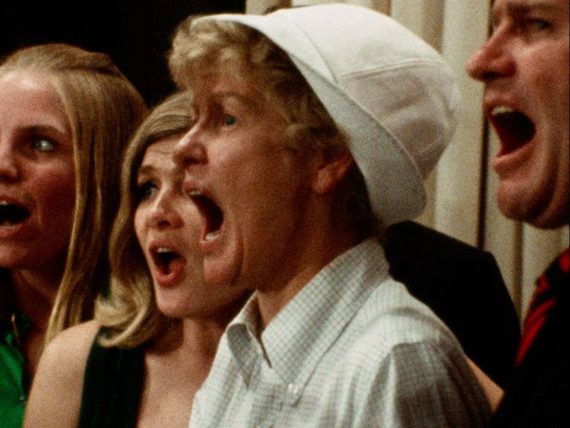 Original Cast Album: “Company” is out on 13th September on Blu-Ray in the UK, released by The Criterion Collection. The transfer naturally retains the thick grain from the source material, with a clean print and plenty of detail. It sounds fantastic too, with the music as rich and clear as it would be if you were stood in the recording studio for real.

It comes with plenty of extra features. These include:

On Sondheim’s commentary, he talks about the production of ‘Company’ itself, as well as discussing the album recording process. It’s a very interesting track.

The gem of the set though is Original Cast Album: ‘Co-Op’. It’s an affectionate spoof that lightly pokes fun at the documentary and Sondheim’s musical and lyrical style, with its own hilarious songs to be recorded. It’s very funny and kudos to Criterion for including it here.

Co-Op has its own extra feature too, with the cast and crew discussing both the Pennebaker film and the production of their own homage. It’s a lot of fun and also includes some interesting insights into the work of Sondheim.

The Sondheim and Tunick interview begins as a bit of a love-in with the pair praising each other to high heaven, but develops into something more fulfilling, with a discussion of the orchestration process that I found particularly illuminating, as a musician. This is further extended in the separate piece with Tunick, where he goes into even more detail on his role.

I could have sworn a couple of the ‘never-before-heard audio excerpts’ show up elsewhere on the disc, but never mind. It’s still a nice, fast-paced collection of memories from various contributors. It plays out like a short selected scene commentary.

It really is a fantastic release. It’s a disc that caught me by surprise to become a contender for one of the single title Blu-rays of the year.