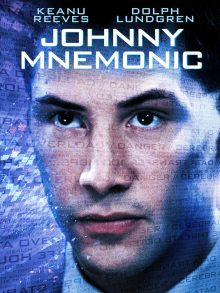 The year is 2021 – humans are becoming hooked on information and data, with society developing an addiction to the internet that leads to widespread illness in the form of NAS – Nerve Attenuation Syndrome. Among this dark future work mnemonic couriers, humans with hard drives in their head who are paid vast sums of money to transfer data across the world. Johnny, one of the higher paid couriers, wants out – and the job he’s just picked up may be the key. The problem is everyone from the Yakuza to the controlling corporations want the data that’s in his head – data that could be one of the most important discoveries in human history. 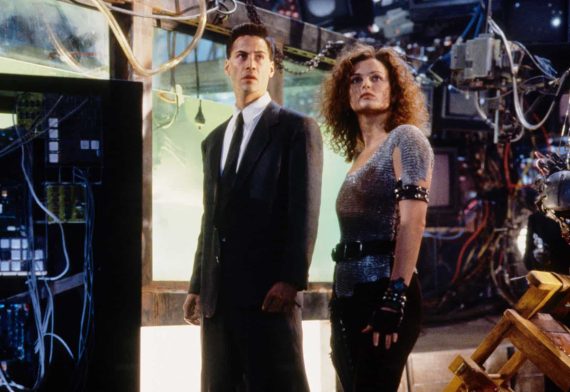 Ah the mid 90’s, when virtual reality and cyberpunk chic was all the rage. From the popularity of Neal Stephenson’s novel Snow Crash in 1992 a boom in the popularity of cyberpunk literature hit pop culture, from 1992’s ill advised The Lawnmower Man to 1995’s sublime anime Ghost In The Shell, it was the rediscovery of William Gibson’s 1982 novel Neuromancer that got studios interested in adapting these tricky, dense stories of corporate skullduggery, hackers and (more often than not) Japanese culture clashing with western ideals. While that book’s adaptation remains in development hell to this day, one of Gibson’s other stories was realised on the big screen with Robert Longo’s 1995 adaptation of Johnny Mnemonic (Gibson also wrote the screenplay) which has recently received an HD streaming release from Vertigo.

Returning to this film over 25 years later in 2021 is certainly an interesting and almost surreal experience. First off the bat is the opening scroll which explains that we’re watching something that is effectively taking place in the present day. While this isn’t a new problem with sci-fi pictures, when reality eventually catches up with their stories (hello, Escape From New York and Back To The Future Part II), Johnny Mnemonic is fascinating in the parallels that modern culture actually does cut to the 1995 vision of the future. Firstly we have NAS – sure, the fact that it’s a disease driven from overconsumption of information is one interesting parallel to our current internet obsessed culture, but the fact that is a pandemic sweeping the globe also holds sway with our current post-Covid society. The very idea of the Mnemonic Couriers placed next to a “very online” world is also an interesting one, although the fact that Johnny can hold a “whopping” 80Gb of data comes across as rather cute when we have telephones that can store four times that amount. 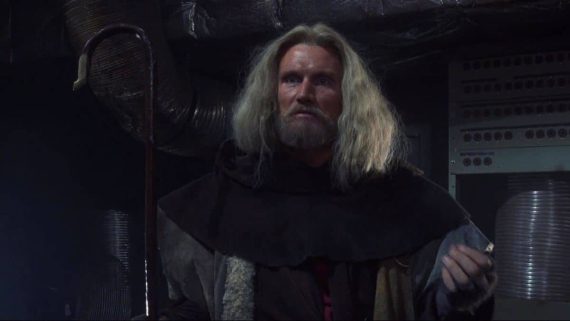 But despite interesting parallels with modern society, viewers that revisit Johnny Mnemonic will find one of the most 90’s films that ever existed. Visually a cut price Blade Runner, there’s a definite feel that director Robert Longo (who’s feature film began and ended here) had larger ambitions than his budget would allow. Indeed, the project was originally meant to be a small art project but rapidly spiralled into a large scale studio movie for Sony Pictures.

Joining a pre-Matrix Keanu Reeves as the titular Johnny is a wildly eclectic cast, from Dina Meyer, to a bored looking Ice-T (lest we forget this was also the year the rapper portrayed an anthropomorphic kangaroo in Tank Girl) and even cult Japanese actor/director Takeshi Kitano, it’s the smattering of scenery chewing performances from the likes of Udo Kier and Henry Rollins that steal the show. Top of the list, however, is the genuinely watchable, over the top crazy performance from Dolph Lundgren as the Street Preacher, but the general unevenness of the performances throughout and the way characters repeatedly come and go through the story never helps the frankly all over the place pacing. 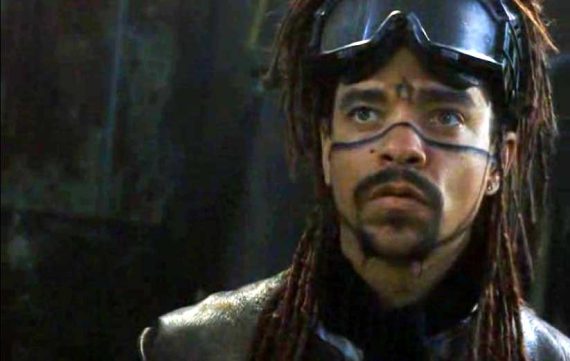 It also doesn’t help that the film looks and sounds rather cheap, from the underpopulated scenes to the uneven visual design and the boring soundtrack, the whole experience is really topped off by the kind of shonky CGI that you’d expect from a mid 90’s movie.

Johnny Mnemonic has a reputation as a bad movie which I think, in hindsight, is probably a little harsh. It’s got some good ideas but it’s incredibly wonky, messy and frankly rather boring. It’s interesting that Kathryn Bigelow’s far superior Strange Days trod similar ground in the same year but has been largely forgotten, but Johnny Mnemonic certainly feels like the start of the Hollywood cyberpunk movement that led to The Matrix in 1999.

Nowhere near as good as it could have been and more boring than bad, Johnny Mnemonic is probably only one to pick up out of curiosity.