The first time I saw The Masque of the Red Death was on a black and white television back in the eighties. I was impressed with it back then, despite seeing it in monochrome, and now, having seen it in full sumptuous colour, I am even more impressed with it.

Based loosely on a couple of Edgar Allen Poe stories woven together (including Hoptoad), Masque sees Prince Prospero (Vincent Price) ruling his lands with an iron fist, while partying in his castle without a care in the world. Being a Satanist he’s also a bit of an anarchist too, and enjoys creating spectacles of debauchery with his equally evil friends who regularly visit him. 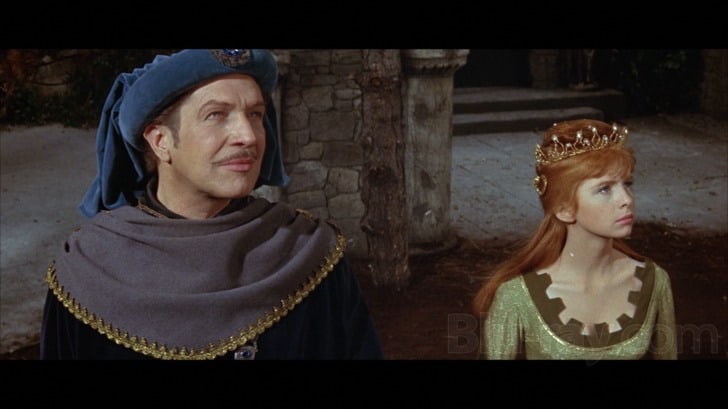 Outside the castle walls a nasty pestilence, named the Red Death, is laying waste to the lands (quite pertinent given today’s events!) so his local villagers are perishing in their droves while he’s enjoying a nice glass of claret! When one of the villagers, a pretty young woman, Francesca (Jane Asher), pleads with the prince to let her dad and fiancée live, (after they have the nerve to complain about the amount of supplies he’s taking off them), the three of them find themselves inside the castle – her as a forced lady-in-waiting (waiting for what, we can only guess!) and the men as sport for the Prince’s cruel whims.

Running parallel to the main story is the tale of dwarf entertainer, Hoptoad (Skip Martin), who is in love with his fellow performer (a miniature woman actually played by a young girl made up to look older), and therefore he constructs a plot for them to get out of the castle and escape the clutches of the evil prince and his minions once and for all.

As the Red Death finally encircles the castle and danger levels increase so too do the insanities taking place within the castle walls, including the immolation of a man wearing a monkey suit and a nasty crow attack on the Prince’s consort, Juliana (Hazel Court).

The Masque of the Red Death is an excellent piece of gothic cinema full of memorable dialogue, fantastic costumes and set design. I particularly enjoyed this exchange: Boy: “You’re a madman!” Prince Prospero replies: “And yet I will live and you will die!” I’m also sure that Dario Argento must have seen the set design and lighting on this film since some of his own films (e.g. Suspiria) later played with rich colours and interesting lighting in much the same way as we see here. 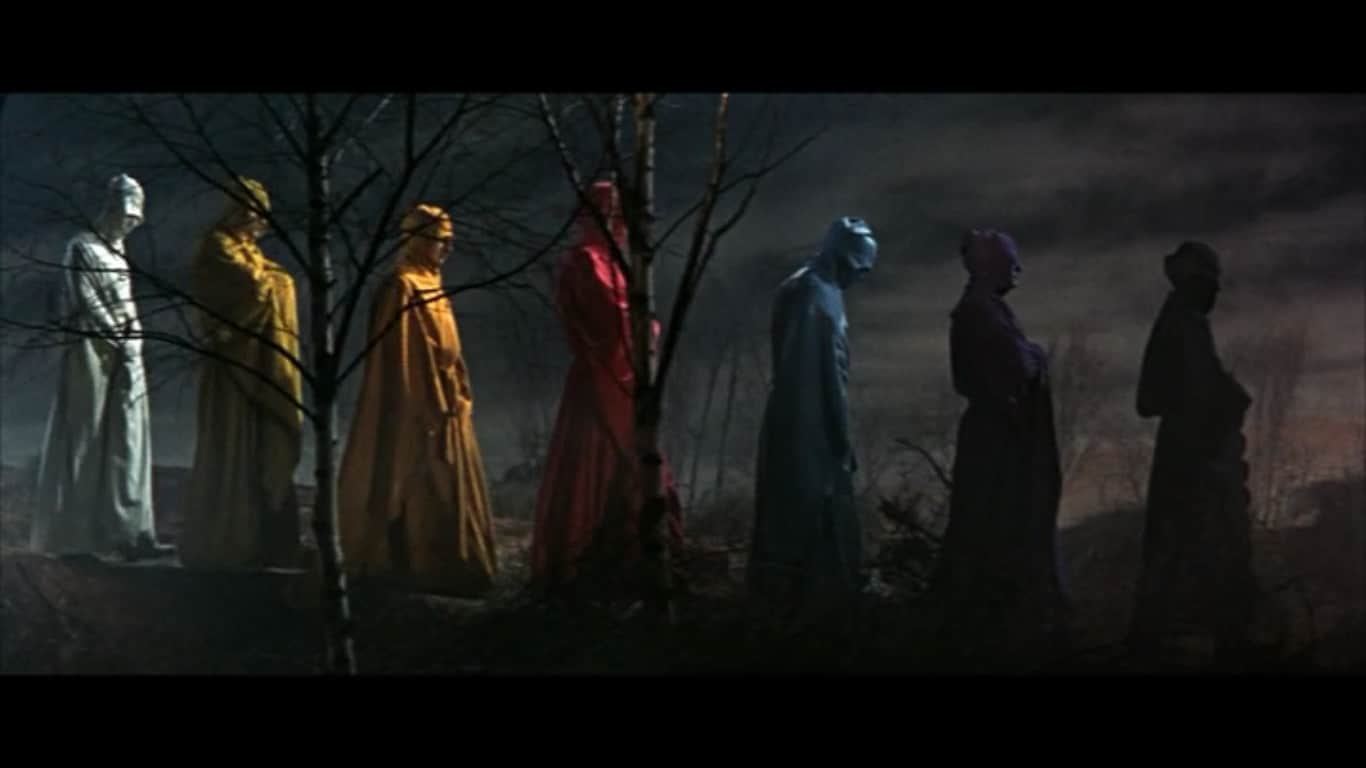 The acting, as you’d expect from the assembled cast, is excellent, with Price clearly delighting in his villainous role, and Patrick Magee and Hazel Court also enjoying their devil worshipping parts too. Jane Asher makes a confident foil to Price’s leering host and Skip Martin is memorable as Hoptoad, although I couldn’t help but feel that his voice had been re-dubbed.

At times Masque plays out more like a boy’s-own adventure novel with sword fights and fisticuffs, while at other times it lays on the horror elements quite thick and there are a couple of nasty-looking fire stunts on display.

Overall it’s an excellent movie and one of Roger Corman’s very best, reflected by the amount of care and attention bestowed upon it in this magnificent Studiocanal release. 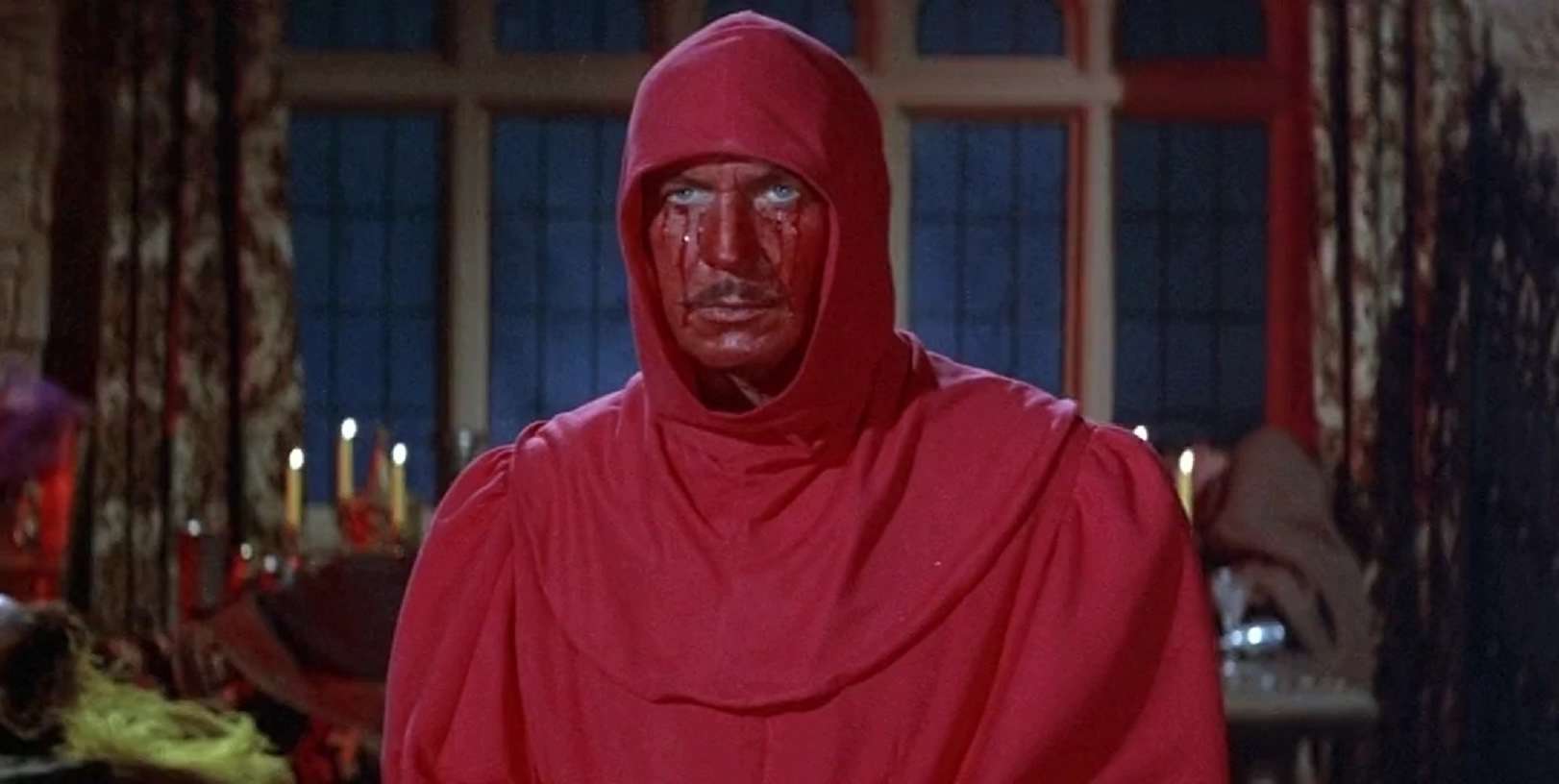 The Masque of the Red Death is being released in its theatrical version by Studiocanal and is currently available on Blu-ray. Studiocanal has included a barrel full of interesting extras for fans to watch or listen to including:

* Please note – the stills used in this review are not from the Blu-ray itsef, so aren’t indicative of the picture quality of the disc. 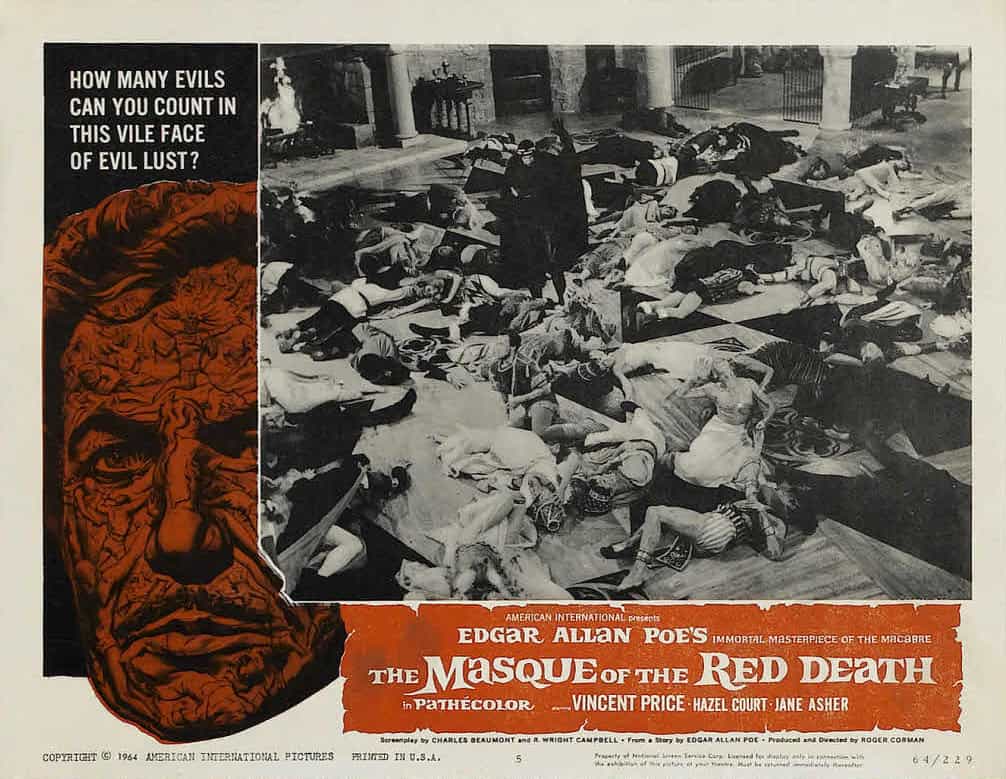