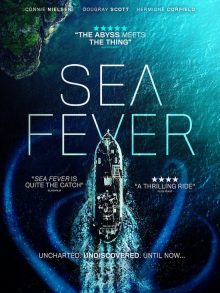 Joining a fishing ship on a several day voyage, young science student Siobhan gets more than she bargained for when the captain recklessly takes his vessel into restricted waters bringing the crew face to face with an unspeakable horror. More terrifying than the creature in the water, however, is the parasite that has got aboard the ship and is seemingly infecting the crew.

For a genre that was reasonably popular in the late 80’s and early 90’s, it’s interesting that we haven’t seen a seafaring horror film for some time. Neasa Hardiman’s feature debut, Sea Fever hopes to change that with a film that feels atmospheric and fresh but ultimately doesn’t entirely deliver on it’s premise. 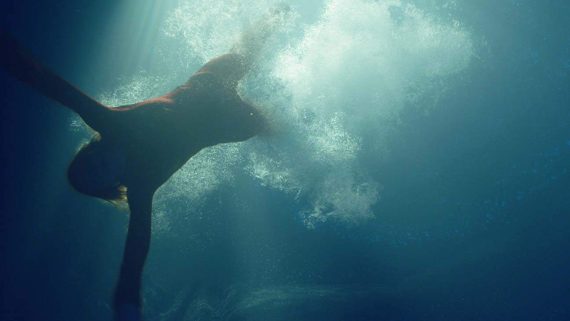 Hardiman’s pedigree in TV is a strong one, having come from such critically acclaimed fare as Happy Valley and Jessica Jones, and she’s no stranger to building stories with a strong visual and narrative atmosphere. Sea Fever plays this card almost straight out of the gates, as well as wearing its influences proudly on its sleeve. The way we’re gradually introduced to the crew as they go about their business, working men and women on a ship has very strong echoes of Alien, a thread that carries fairly long into the films run time. There’s also a touch of John Carpenter’s The Thing, as the mysterious parasite begins to find its hosts in the crew. Where there is a surprise, however, is in the touch of cosmic horror that is introduced fairly early on. The creature is revealed pretty quickly and is, as Siobhan struggles to describe, an immense being sat under the sea, glowing tendrils extending upwards. A dive sequence establishes this monolithic beast but we never truly get to see it, leaving it an unexplained and inexplicable mystery even after the credits roll. 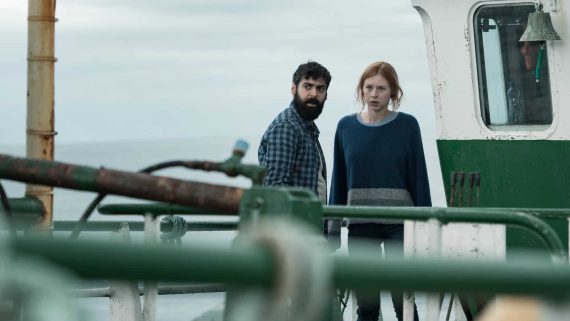 The film also looks great; in addition to the aforementioned diving sequence, a moment of beauty, the film excels in creating a claustrophobic and lonely atmosphere, the corridors and room of the ship tight, paint flaking off their walls and pipes. This is emphasised by the elegiac and almost calming score by Christopher Franzen, undercutting the loneliness and punctuating the films few but effective shocks.

Sea Fever isn’t without its problems, however they only really reveal themselves in the films final third. The plot sets itself up so well and ratchets along at a decent pace, it’s story of an unknown pathogen and arguments for self quarantine being perhaps a little too prescient in April 2020. Sadly, as things seem to be taking a turn for the heart thumpingly nasty, they come to a bit of a standstill for much of the final act. Where an explosive finish is hinted at, the story kind of just fizzles out, leaving some plot threads, ideas and even characters hanging. I’d say that this is largely down perhaps to budgetary issues. This is clearly a low to mid budgeted film which, for the most part, manages to use its available finances effectively. CGI is sparingly and fairly invisibly used to great effect, as are a few fantastic and gory VFX sequences, but the abrupt ending certainly feels rather like a production that didn’t entirely want to overstretch iteself. Still, that budget managed to get a couple of named stars into the mix in the form of Scott and Nielsen. 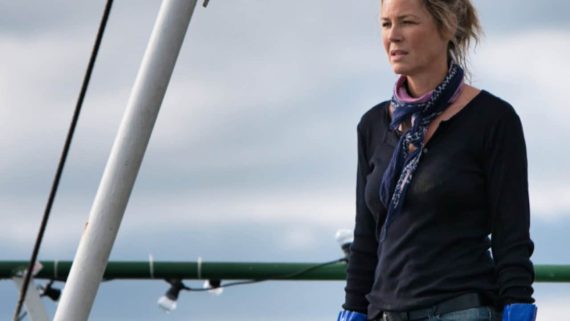 The cast on the whole are great with Jack Hickey, Dag Maimberg and Ardlan Esmaili fairly engaging as the more bubbly crew members of the ship, while Nielsen and Olwen Fouere providing a more stoic side to a team that clearly has a history that’s not always been entirely happy. Sadly Cornfield’s Siobhan can’t muster a personality that’s remotely interesting, coming across as constantly aloof and rather disinterested in her assignment, and poor Dougray Scott seems to be channeling the most bizarre Irish accent I’ve ever heard!

Still, Sea Fever provides some genuinely great atmosphere, intriguing twists and shocks, and doesn’t overstay its welcome. For horror fans looking for something that is both an homage to the genre’s more water logged folley’s and possibly something that is at times a little more esoteric than expected, you should probably give Sea Fever a rent on your favourite VOD channel.