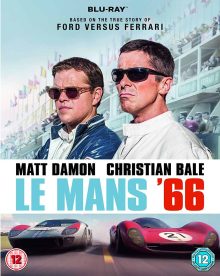 I must admit, when I first saw a trailer for Le Mans ‘66 (a.k.a. Ford v Ferrari) I thought it looked awful. ‘Safe’ based-on-a-true-story underdog stories are usually a massive turn-off for me and the trailer showed all the tropes of an Oscar-baiting drama I had zero interest in watching. However, after hearing some positive things about the film, particularly comments about the racing scenes (I’m a sucker for a good car chase/race), I cautiously decided to give it a shot. It’s being released on various home video formats (see below for details) by 20th Century Fox Home Entertainment, so I got hold of a copy to see whether my initial worries were true.

Le Mans ‘66 is set in the mid-sixties (as the title makes clear) at a time when the Ford motor company, headed by Henry Ford II (Tracy Letts), was becoming less fashionable in a changing era. Vice President of Ford, Lee Iacocca (Jon Bernthal), comes up with the idea of buying Ferrari to add sex appeal to their image, as the company is in financial trouble. Enzo Ferrari refuses to make a deal though, striking one instead with Fiat and insulting Ford and its ownership. Henry Ford II is furious and decides to take revenge by hiring former racing driver and Shelby American owner Carroll Shelby (Matt Damon) to develop a new car that can beat the Ferrari team at Le Mans, who have claimed the title exclusively over the last few years. 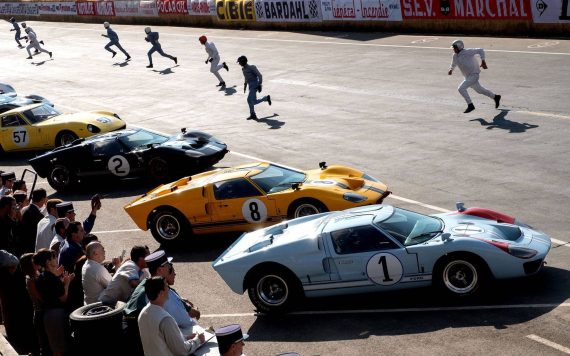 Shelby enlists the help of the talented but temperamental British driver Ken Miles (Christian Bale) to develop what will become the Ford GT40. Some of the top brass at the company are less enamoured by Miles though and try to force some less-skilled clean-cut American drivers into racing for Ford at Le Mans. Shelby fights Miles’ corner as best he can, but there’s only so much he can do, particularly when Miles’ temper and brutal honesty get the better of him. The driver is a good man at heart though and we follow his close home life with wife Mollie (Caitriona Balfe) and son Peter (Noah Jupe).

Le Mans ‘66 didn’t exactly subvert my low expectations of the film. It was everything I thought it would be, a by-the-numbers underdog story with few surprises and your usual cliches from the genre. However, on the other hand, it works pretty well on the whole.

It’s classic filmmaking through and through, which can be both a good and bad thing. There are plenty of stereotypical tropes from this type of film – rousing ‘important’ speeches dotted throughout, stuffed shirts that keep the scrappy heroes from doing their job and the special trick or achievement the hero must pull off before the end (in this case, the ‘perfect lap’). On the positive side of this old-fashioned style of filmmaking though, you get handsome cinematography, a grand period canvas and an entertaining blend of drama, humour and excitement. 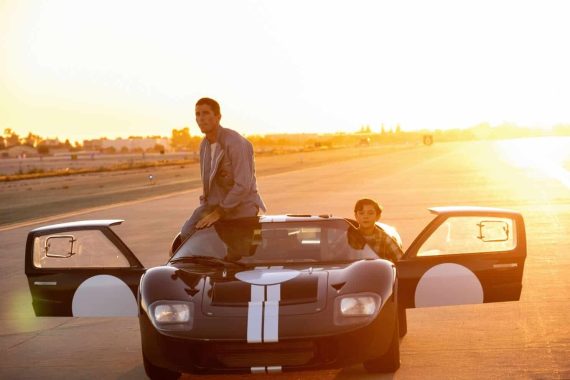 It’s a long film, running around the two-and-a-half-hour mark, but cruises along without ever losing steam. I would say there was a story thread that felt unnecessary though. Namely, Miles keeps his initial work with Shelby a secret to his wife, even though she always seemed supportive of his racing and they needed money. This leads to a big argument that takes place in a speeding car. It’s a well-executed scene, but made me feel that this whole aspect of the story was purely added to inject some added drama and to attempt to give the Mollie character more depth beyond the level of ‘supportive wife’.

None of the characters are particularly interesting to be honest. Miles has his flaws and issues, but they never feel particularly damaging. He changes a little by the end, but not enough to display a strong character arc. The film’s main focus is on the friendship between Shelby and Miles but again this doesn’t deepen or fracture a great deal as it goes on. His relationship with his son is touching, but there’s not a lot of depth to it either. The actors help make the characters work though, bringing them alive despite their slight appearance on paper. Damon and Bale are their reliable good selves and I thought Tracy Letts was notable as Henry Ford II, portraying the required intense authority yet giving the air that he was living in the shadow of his grandfather. 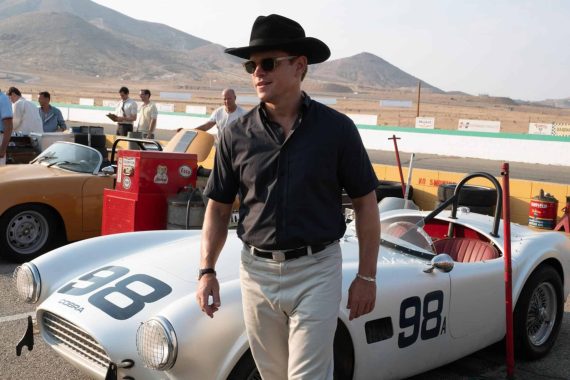 The aspect of the film that worked without fault for me though was the racing scenes. A mixture of low angle shots of the cars flying by and plenty of shots in the driving seat keep you close to the action. With rich and powerful sound design capturing the roars of the engines, and razor-sharp editing, it’s an exhilarating experience once the film takes to the track.

Overall then, it’s a solid, old-fashioned tale of triumph-over-adversity that doesn’t attempt to rewrite the rulebook but is polished and enjoyable enough to satisfy.

– Bringing the Rivalry to Life (57-minute documentary)
This documentary is glossy and a bit back-slappy but fairly lengthy and provides an interesting behind-the-scenes look at the production. I particularly appreciated seeing how they shot the racing scenes, with some impressive rigs and such.