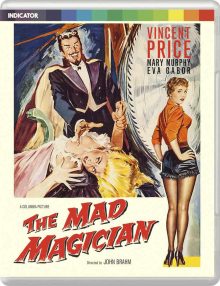 3D films are a fad that keeps coming and going over the history of cinema. 3D film processes existed way back in the early days of cinema in fact, with the first known patent being made in the late 1890s, but the technology was too cumbersome or expensive to have any widespread use in public screenings for a while. Some systems were used over the years to screen shorts or other special presentations, but it wasn’t until the 1950s that 3D films really took flight. It was the independently-produced Bwana Devil in 1952 that kicked it off. The first colour stereoscopic 3D feature film, Bwana Devil made an impressive $5 million from a $323,000 budget. With film studios worried about the rise in popularity of TV at the time, they were quick to jump on the 3D bandwagon, offering an experience people couldn’t get at home.

One of the early major studio entries to the world of 3D features and one of the most successful of the boom in the 50s was House of Wax, released in 1953 and starring Vincent Price. Its great success led not only to more 3D films (before the boom swiftly died) but to producer Bryan Foy immediately following it up with a very similar title, The Mad Magician. Featuring the same star and writer as well as a similar concept, it was a blatant cash-in on House of Wax but was nowhere near as successful, not helped but the fact the 3D craze was already on the wane in 1954. 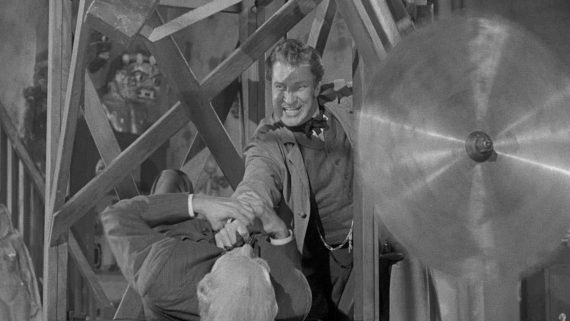 The Mad Magician has its fans though, enough to justify Indicator adding it to their rapidly-growing collection of lesser-known gems being released on Blu-ray in the UK. They’re even releasing it in a 3D version, for those with the equipment to view it. I’ve not seen nearly enough Vincent Price films and have a 3D projector I like to put to good use, so I thought I’d give The Mad Magician a try. My thoughts follow.

The film sees Price play Don Gallico, an inventor of elaborate magic tricks who plans to finally step into the limelight and present his tricks himself on stage (albeit under the guise of rival magician The Great Rinaldi) instead of selling them to other magicians. However, his debut performance is cut short by the businessman Ross Ormond (Donald Randolph), who claims he is under a contract with Gallico that gives him ownership over all of the magician’s work. Ormond wants to give his other client, the real Great Rinaldi (John Emery), exclusive use of Gallico’s tricks. 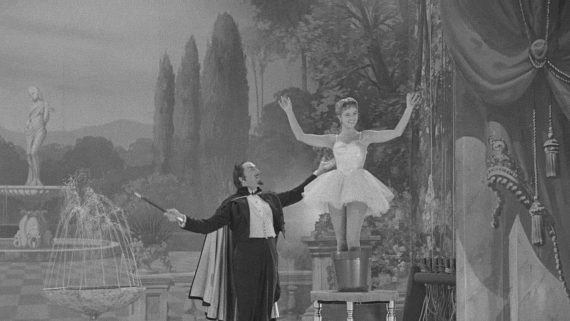 Furious over this, Gallico loses control one night and murders Ormond. To try to cover it up, he assumes the identity of the man but his scheme becomes ever more complicated and the bodies soon pile up. It’s only a matter of time before the police will catch up with him, not helped by the fact that Gallico’s assistant (Mary Murphy) is dating a police lieutenant (Patrick O’Neal).

Now, being a bit of a movie snob, I was one of the people who turned their nose up at the resurgence of 3D in the 2000s and early 2010s. Seeing it as a gimmick, I was worried about the way it seemed to be taking over and it was suggested all studio films would eventually be presented in the format. Thankfully, that didn’t end up being the case, as the trend died off and only a few films crop up in 3D these days.

Saying all of this, though I was worried about 3D taking over, I’ve always enjoyed watching films in three dimensions now and again. As mentioned, I’ve even bought a projector that allows me to watch them at home. Taken in moderation and effectively used to enhance the spectacle of a film, I’m more than happy to don a pair of glasses and go with the gimmick. 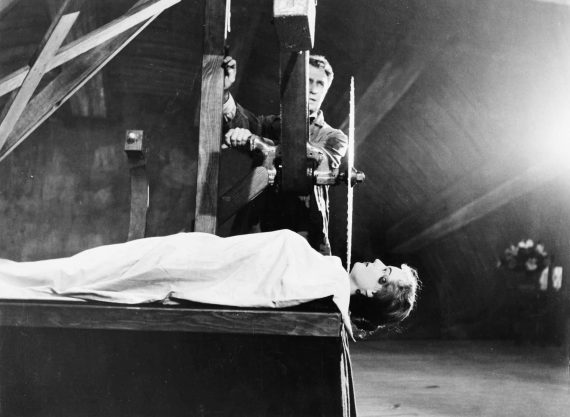 Like a lot of the 3D films from the 50s, the gimmick is fully embraced in The Mad Magician. Throughout the film you get water sprayed ‘out’ of the screen, jack-in-a-box hands popping at you and yo-yos flung in your face. This isn’t overdone so much as to grow tiresome though. What’s done very effectively and more subtly is the use of depth in shots. Director John Brahm makes sure there are objects and characters occupying varying levels of distance to create a fully three-dimensional look. It’s quite nicely shot too by seasoned DOP Bert Glennon (Stagecoach) who gives it a noir-like shadowy atmosphere.

Away from the presentation of the film, it’s nothing special. The plot is utter nonsense, though enjoyably so to those with a taste for campy horror from the era. It’s a bit talky perhaps, with not as many on-screen deaths or other visceral excitements that you might hope for, but with a brief running time, there’s enough happening to keep you entertained. 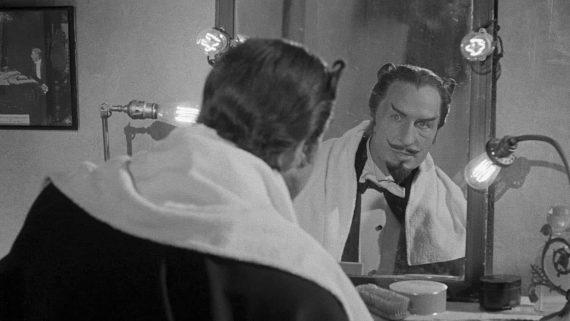 The film’s strongest element, however, is Vincent Price. He’s a lot of fun to watch, hamming it up nicely (nobody bar Roger Moore uses their eyebrows quite as boldly), but not actually as much as his reputation would lead you to believe. He relishes the role as it gives him the chance to assume different identities throughout. Granted, with the height difference (he was a towering 1.93m/6ft 3inches tall) and his distinctive facial structure there’s no way he’d have got away with effectively disguising himself as these characters in reality, but it gives Price a chance to flex his acting chops.

Overall then, it’s an enjoyable, lightly campy horror. It’s a little low on thrills but Price is always a pleasure to watch. It’s fun to see an old film restored in 3D too and the gimmick definitely adds to the appeal. 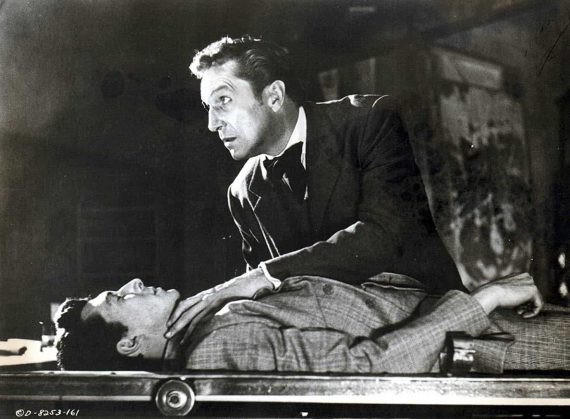 The Mad Magician is out on 30th March by Powerhouse Films on Blu-Ray as part of their Indicator label in the UK. I watched the 3D version and it looked and sounded great. The picture is clean and crisp and the modernised 3D works very effectively. Strangely, only the very first shot seemed odd, with a lamppost looking to be on the wrong plane, but other than that the effect is spot-on.
There are plenty of special features included:

The commentary is very good, with no downtime and plenty of facts about the film and those involved. The ‘Three-Dimensional Magic’ piece is interesting too and puts The Mad Magician in context among the history of 3D films.

The Super 8 versions are only of very mild interest, but the two Three Stooges 3D shorts are a welcome addition. Granted the films aren’t great, with the 3D gimmicks spoiling the timing of many of the Three Stooges’ gags, but it’s wonderful to have them included and 3D fans will enjoy them.

Another fine package from Indicator then, even if the film is no masterpiece.