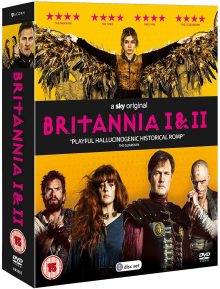 Created by WGA Award-winning writer Jez Butterworth (Spectre), Britannia is set in A.D. 43, when the Romans invaded Britain, (for a second time), led by General Aulus Plautius (David Morrissey) who is determined to succeed where Julius Caesar failed the first time, nine decades previously. He’s determined to conquer this mythical land at the very edge of the Roman Empire. Aulus does this by encouraging the rifts that already exist between the warring tribes and the Druids who control the Celts through their magic and their alleged access to the word of the gods.

The two series are filled with romans brutally slaughtering the Celts, the Celts brutally slaughtering one another, and the Druids making sacrifices of yet more Celts, so, in general, the Celts get a raw deal! And while there’s little historical fact here, the series does base itself enough on reality to remain largely grounded, even if the use of modern phrases and terms, particularly swear words, does jar at times. 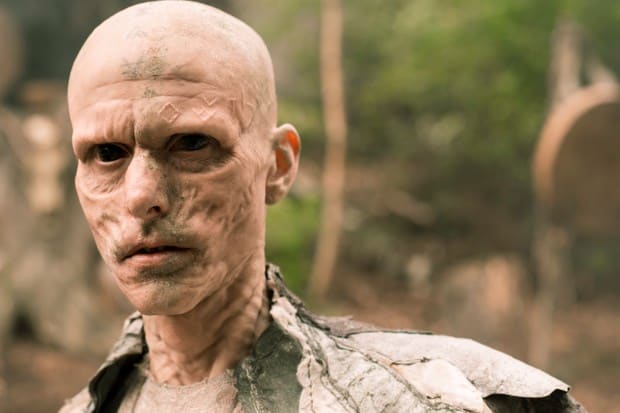 Amongst several different character journeys, but probably the most important one, is that of young Cait (played wonderfully by Eleanor Worthington Cox) who finds herself declared the ‘chosen one’, the gods’ gift to the Celts to save them from themselves and from the Romans. It’s her story that is the real beating heart of both series and her antagonistic and often humorous relationship with her outcast Druid mentor, Divis (played with maniacal energy by Nikolaj Lie Kaas), forms the centre for all the other connecting storylines to revolve around.

Beautifully shot and brilliantly acted throughout (especially by Mackenzie Crook as Druid leader Veran and David Morrissey as General Aulus Plautius), Britannia is full of drama, intrigue and wry witticisms that captivate the viewer from the get-go. 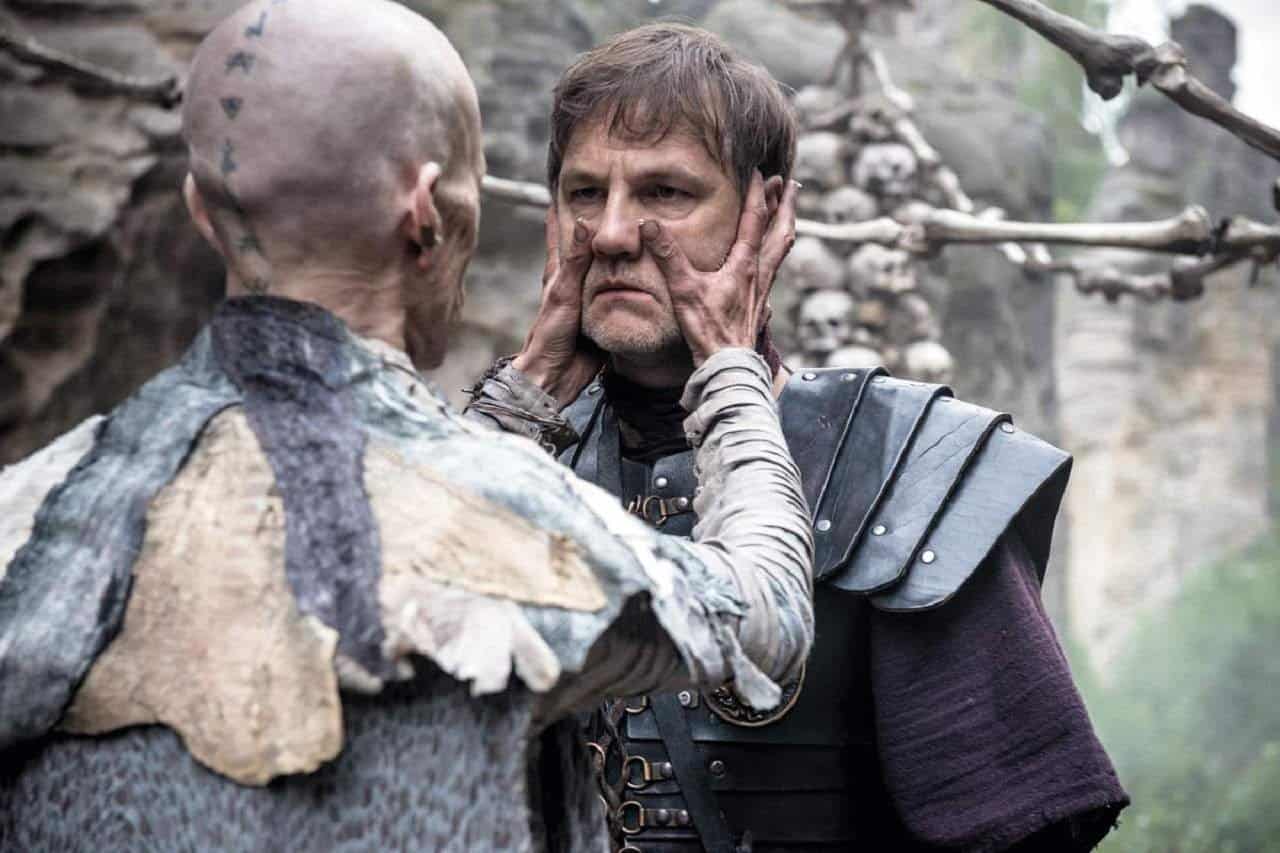 I have to admit it took me a while to get used to this more modern take on the historical epic, a bit like my initial discomfort when I viewed A Knight’s Tale (2001) starring the late, great Heath Ledger. However, I soon found myself buying into the world the Butterworths have created and if you allow yourself to be taken along for the ride much enjoyment can be had. I particularly liked the use of two well-known songs by Donovan over the credits, namely Hurdy Gurdy Man and Season of the Witch, which I felt set the tone of the series really well.

Both series were shot in the Czech Republic and in Wales and the great locations really add to the overall mystical charm of the series. I, for one hope they do another series to round off Cait’s quest, but if they don’t this boxed set is still worth your time exploring. 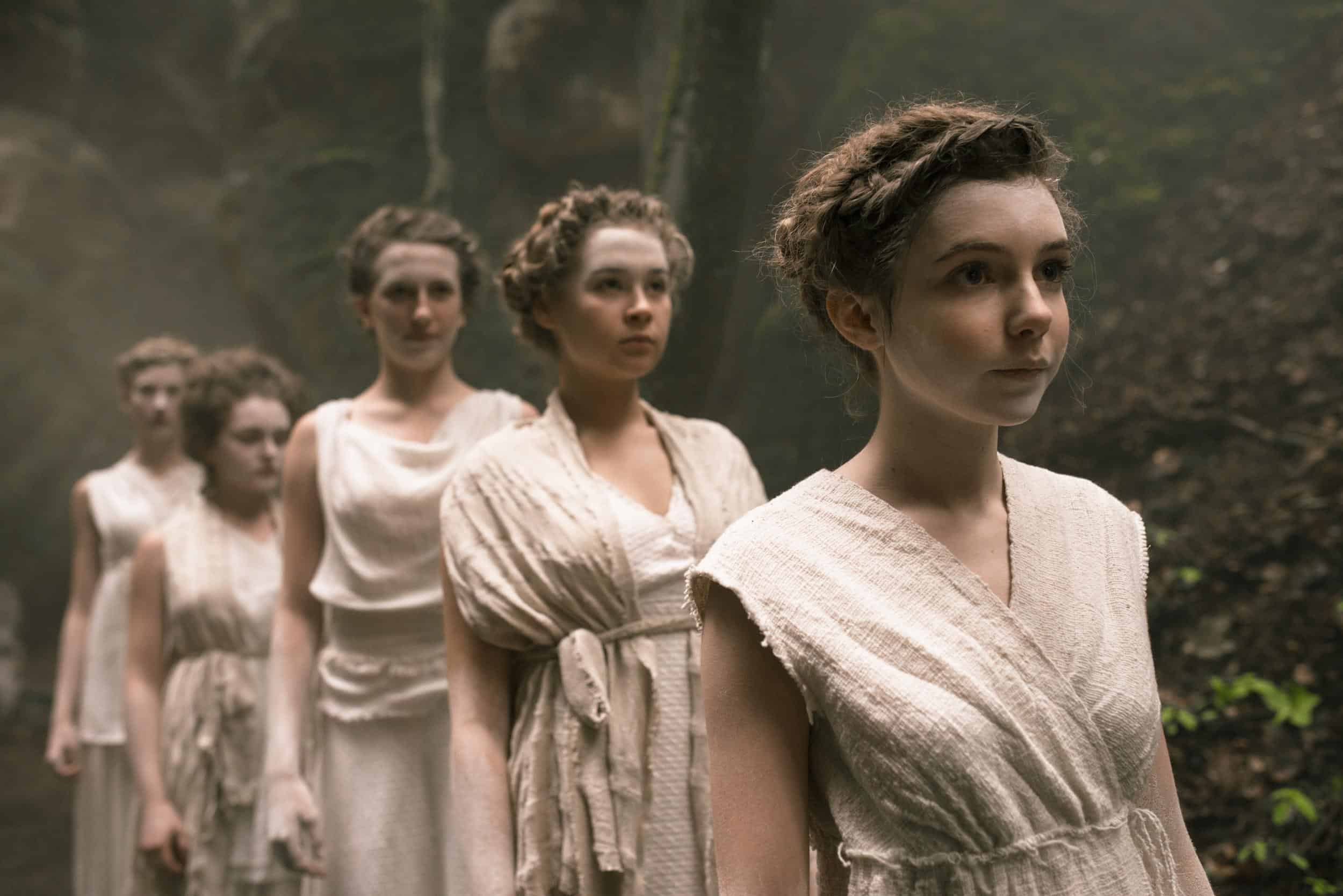 Acorn Media International is distributing Britannia on DVD on Digital.

There are a number of extras to enjoy including five featurettes discussing different aspects of the series’ production and storylines. Mostly these are just PR fluff pieces, but they’re still worth checking out if only for the interviews with the likes of the series creators and the principal cast members. 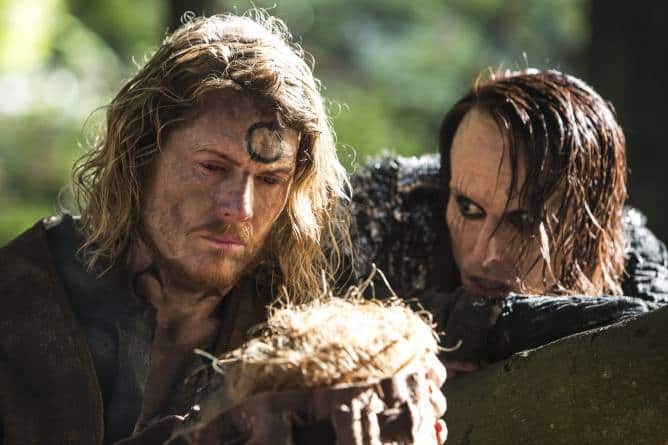