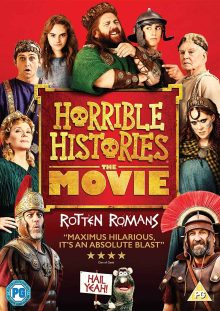 There is always a fear when translating TV shows to the big screen, that something which makes the show work for TV may be lost in translation, especially when the original TV series is essentially a sketch show with songs. This was my fear when initially sitting down to watch the Horrible Histories The Movie: Rotten Romans. 2019. Despite a slow start, as the movie progressed, I found myself pulled into the narrative and I have to admit, I actually quite enjoyed it.

Directed by Dominic Brigstocke, credited with a number of British comedies including episodes of the original Horrible Histories TV Series, and written by Caroline Norris and Giles Pibrow, both also associated with the original TV series, and Olivier award-winning playwright, Jessica Swale, this movie is packed with typical Horrible Histories goofy comedy and a number of memorable songs. The song, ‘Boudicca’, performed by Kate Nash is a particular favourite of mine.

Based on the original Horrible Histories stories by Terry Deary, this film, much like its TV predecessor, aims to capture the attention of the younger generation and along the way deliver more of the gruesome facts about the history of Roman Britain. Although at times, it does feel like some of the facts are forced within the narrative, overall the film flows well and plays out well as a comical musical.

The story focuses on Roman teenager Atti, (Sebastian Croft, Game of Thrones) who manages to upset Emperor Nero (Craig Roberts), and as punishment, is sent to fight the ‘Celt Savages’ (or is it sausages) in Britain. More accustomed to ‘scroll time’ than fighting, Atti is soon captured by Celt ‘wannabe’ warrior Orla, (Emilia Jones). 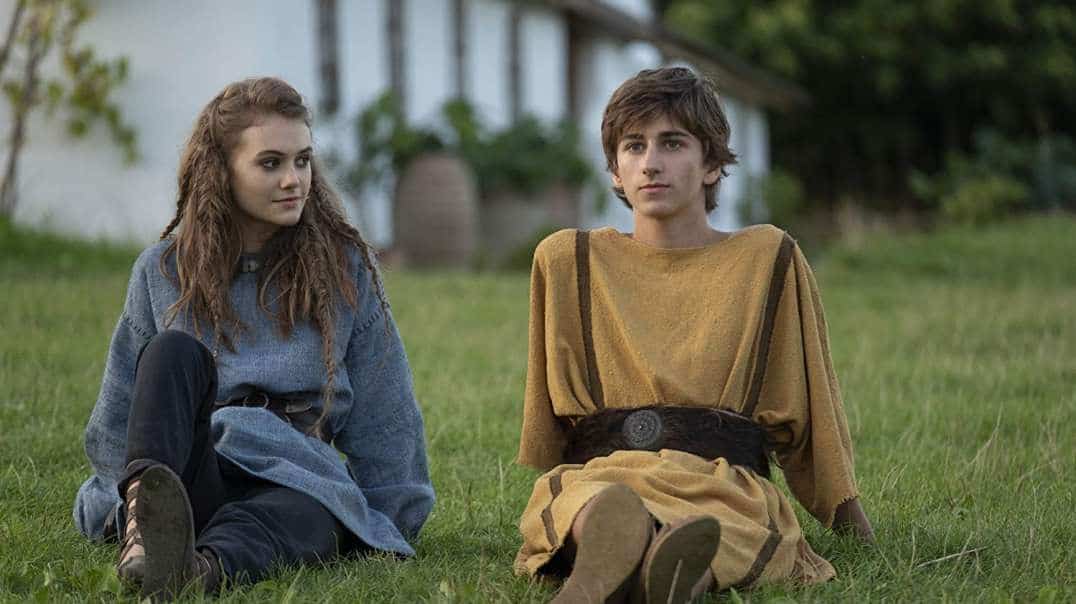 The one thing Atti is good at is reading and making things, and after putting aside their differences, Atti helps hatch a plan to save Orla’s Grandmother who has been captured by his Roman colleagues. Orla returns home victorious and a worthy warrior and Atti receives the honour of being thrown to his death in the swamp, rather than suffering a painful death by burning. Of course, with a growing romantic bond forming between the two opposing teenagers, Orla allows Atti to escape and return to his troop.

Having proved herself an able fighter, Orla’s father, Arghus (Nick Frost) praises Orla and entrusts her with the family sword. Following this, Orla makes plans to join Boudicca’s swelling army, in the hope of bringing an end to Roman rule in Celtic Britain. On the other hand, much like the shenanigans that got Atti sent to Britain in the first place, his academic knowledge brings him face to face with trouble once more, having suggested a perfect plan to end Boudicca’s rebellion. 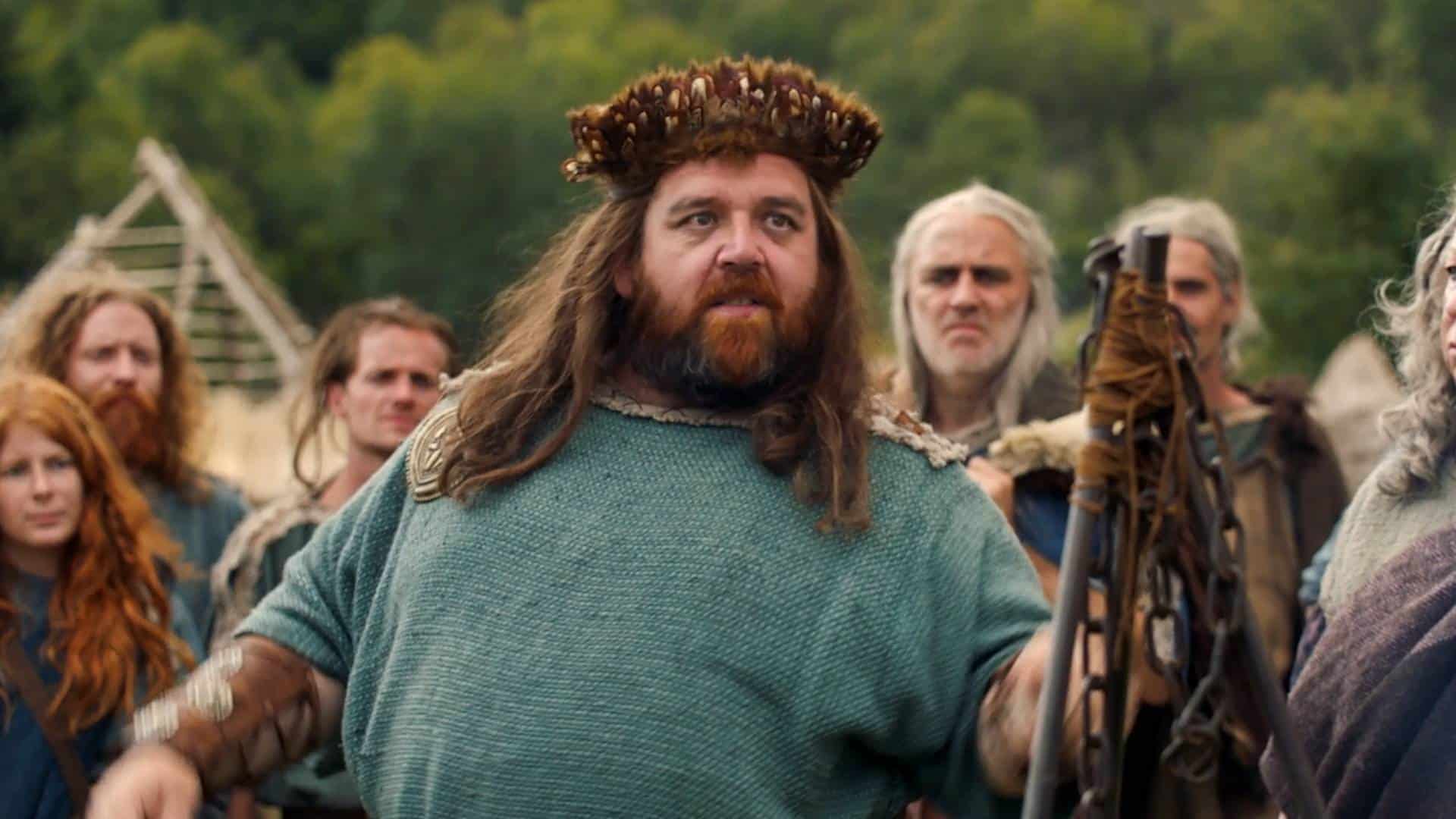 In the final Battle of Watling Street, Atti finds himself pitted against Orla once more. Despite all the odds, the Romans take back control and Boudicca is defeated. The Celts learn to live with the Romans, Orla and Atti’s romance blossoms and everyone lives happily ever after.

Staring a wealth of well-known British actors, Horrible Histories The Movie: Rotten Romans, was indeed blessed with some of the best comedy actors and comedians this country has to offer. In typical British comedy style, lines were delivered with perfect straight faces mixed with slapstick scenes in a similar vein to that of the Monty Python crew in the 70s and 80s, although not quite as absurd; it is a film for kids after all. The camp quality of the film is endearing and pretty similar to that of the original TV series.

With such an array of comedy greats fulfilling bit parts throughout the film, it is difficult to commend any one actor. However, it would be cruel not to at least mention the two leading character actors, Sebastian Croft and Emilia Jones who play off each other brilliantly throughout the film. Also, of note, is the performance of Nick Frost (Shaun of the Dead, 2004) as Orla’s father Arghus and Hollywood actress Kim Cattrall (Sex and the City, 1998) as Agrippina, Nero’s mother. Both seem to fully embrace their parts. Overall, all members performed their role well, in the style the film was intended. If I was to give one negative, it is perhaps the overuse of Lee Mack’s dream state warbling. Don’t get me wrong, these work brilliantly in Not Going Out, and to some degree in this film, but many of the lines are almost identical and by the end of the movie, you’ve just had enough. 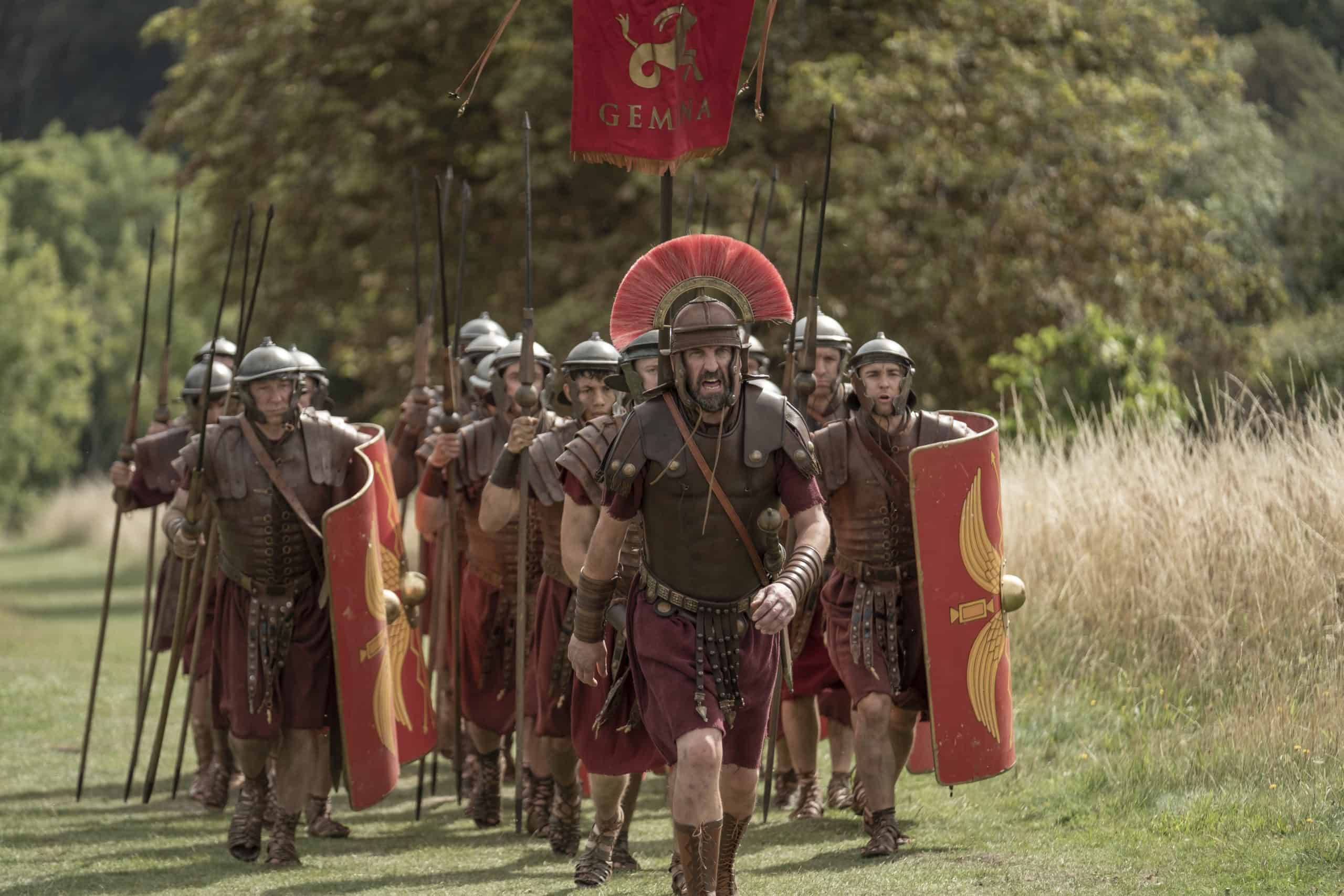 This film does come with a little behind the scenes documentary which contains interviews with members of the cast. It doesn’t add much insight into the production but there is a sense of affection by the cast for the film which is heart-warming. Watching this, I got the sense the actors enjoyed making the film potentially more than audiences enjoyed watching it, a bit like Panto.

This is not the height of film making and has the feel of a TV production rather than a film, but it is mostly entertaining, even with a number of gags repeated and drawn on from comedy past. I’m sure kids would love it, whilst some adults may find the simplified story and repetition, lacking in depth. Despite this, it was largely an enjoyable watch and is certainly a great Sunday afternoon family film.

Horrible Histories The Movie: Rotten Romans is released on Blu-ray and DVD by Attitude Film Distribution and includes the following extras: