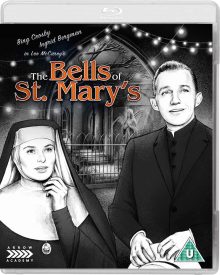 Bing Crosby reprises his role as Father O’Malley from 1944s’ Going My Way in which he won Best Actor at the Academy Awards. Father O’Malley has been sent to the small Parish of St. Mary’s to determine whether the school should be closed with the children transferred around the areas or if there are ways in which the school can be saved. Father O’Malley encounters the dedicated Sister Superior Mary Benedict (Ingrid Bergman) who will do anything to save the Parochial school. In particular to keep the Parish out of the hands of local businessman and property developer Horace Bogardus who wishes to use the property merely as extra space for his new building next door.

Though the synopsis appears to be on the flimsy side, it is, in fact, an excellent film, both critically and financially, for instance. The Bells of St. Mary’s was such a hit with audiences that it became the highest-grossing film of 1945 with $21,333,333. With current inflation, it would be $565,333,000, on just domestic (US) box office sales alone which is quite staggering for a film released so soon after the war.

McCarey was clever with how he based the story of the film to appeal so widely to everyone post-war. Throughout the film there is no true antagonist, yes Horace Bogardus is portrayed as the greedy businessman who wants to take everything he can for as cheap as he can, but he isn’t all bad. There are moments of friction between Father O’Malley and Sister Benedict, but their friction is based on the idea that both want to do right for the church and for the children at the parish. A prime example is an argument over the children fighting each other, for the most part, it is harmless and as innocent as it could be in 1945.

Crosby is on top form in a role he was evidently very comfortable at slipping into again (he was a devout Catholic). Perfectly affable and charming to all of those around him, even to Bogardus. Crosby plays the role much as he did in Going My Way, with a soft jovialness that truly lightens up the room and the film each time he appears. He knows how to sway people to his side of the discussion and does so throughout with ease, well, except for Sister Benedict.

Where Crosby keeps the story moving, Bergman is its core, she is strict with the school children because she has to be due to the situation she finds herself in. The Bells of St. Mary’s would simply not work as well if they had cast a weaker actress in the role. It needed Bergman to anchor the film. There is a lot of heart and hope in the film and she carries all of it with her throughout. Bergman’s wonderful interactions with Crosby show great chemistry that off-hand was never utilised again, which is a great shame. Bergman as with most of her roles is the heart of the film and this is epitomised in the final scene where she is given a glorious close up as she prays. The performances of both earned the, Best Actor and Best Actress nominations apiece, with the film gaining 8 nominations overall.

The sound and image restoration is of a high level, which is something you would expect from these Arrow re-releases.  The film’s framing is a tad minimalist (close-ups and two shots) the work put into the restoration is undeniably impressive. 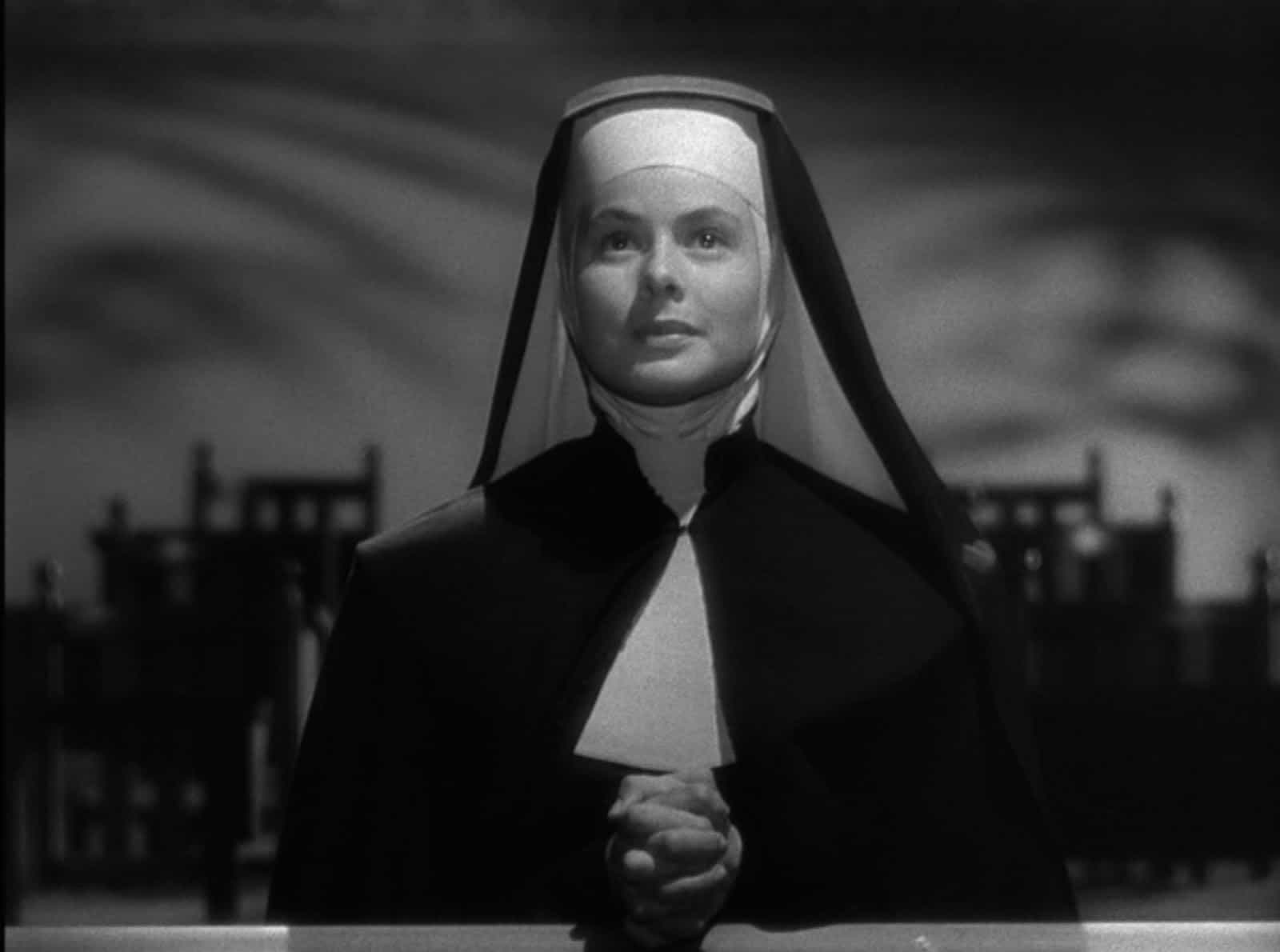 Being released in December was the perfect idea for this film and with this Blu Ray, releasing it in October seems equally as apt. What remains throughout The Bells of St. Mary’s is heart, two fantastic actors at the very top of their game and a story that is inoffensively entertaining. In the end, there is something for everyone and it is very much a film where the family needs to watch it on a cold day.

4K restoration of the film from Paramount

Optional English subtitles for the deaf and hard-of-hearing

Up to His Neck in Nuns, an all-new visual essay by David Cairns

You Can Change The World. 30-minute promotional film for “The Christophers” from 1949 directed by McCarey. Featuring appearances from Crosby, Bob Hope, Irene Dunne, William Holden, and Jack Benny, presented in high definition

Within the extra feature, we have been given a robust about of goodies to watch totalling over 2 hours.  Of course, this is to be expected from an Arrow release. First up is Up to His Neck in Nuns, a visual essay by David Cairns about Leo McCarey. Not afraid to talk about just his film making career, but also his personal life. This is an eye-opening feature for those who had limited knowledge of McCarey before now, and also adds a few extra information for fans of the director.

Where the previous feature utilised visual aids to tremendous effect. Analysing O’Malley falls a tad short on this with a talking head of Revd Dr Steve Nolan breaking down O’Malley, is a must-listen. But not one that you would necessarily need to be watching to grasp all of the analysis. It could be happily be playing in the background as if it was a radio piece.

You Can Change The World could be seen as a misstep of addition in this day an age, but it is added almost as a historical archive of how studios and groups utilised celebrities, even in the 1940s. An overly preachy promotional film to recruit people to the group. This later became a televangelism TV show in 1952 and was previously a radio program. The group assembled for this short film was indeed very strong, especially for the time. It is quite interesting to see how religions and groups used actors from within their church to assist in promoting their cause. Not much has changed in the 70 years since…

Bing Crosby and Ingrid Bergman reprise their roles which is always a joy. Disappointingly but unexpectedly, there are only still images accompanying this feature. However, it is still enjoyable and well worth a listen. The RKO radio feature released in conjunction with the film is also very much worth a listen. Sadly it is played over the same stills as the previous featurette.

There is an abundance to enjoy, however, a number of features could be enjoyed as audio pieces. Sadly those are just not strong enough to hold the viewers gaze. A great special edition that is not to be missed.

Bells of St. Marys is available for purchase now via Arrow Films,  https://arrowfilms.com/product-detail/the-bells-of-st-mary-s-blu-ray/FCD1940