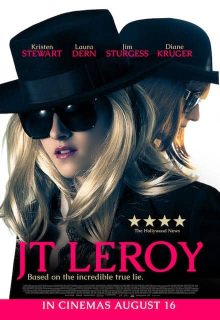 Laura Albert (Laura Dern) writes as her “avatar,” a disenfranchised young queer man named J.T. LeRoy. When her debut novel becomes a best-seller and JT becomes the darling of the literary world, she comes up with a unique solution to preserve her anonymity but give life to her nom-de-plume. Enter her boyfriend’s androgynous sister Savannah Knoop (Kristen Stewart), who connects with Laura’s punk, feminist, outsider universe and agrees to be J.T. in the public eye. Together, they embark on a wild ride of double lives, infiltrating the Hollywood and literary elite, and discovering who they are while pretending to be someone else.

For better or worse, Dern takes the film by the scruff of the neck and makes it her own from the get-go. Though that had to be the case seeing as her character is an author faking the true persona of her avatar while also pretending to be the English manager Speedie (with a terribly great accent) of the said author just to keep things in check. Questions would be asked if she didn’t take control and give an entrancing performance with a character with such eccentricities. Yet, with all of the story that is there for us to devour, it feels as if the audience is still not seeing the true Albert. No matter, however, Dern’s performance will have you enthralled from start to finish.

Stewart meanwhile, seems perfectly cast as the introverted Knoop. Someone who isn’t sure about what they are and what will be happening next, she, for the most part, is the audience, being taken for a wild through the world of fame and Hollywood without much say in the matter. Where Dern revels in the role, Stewart seems to fall away into the background. This is such a shame as there is still so much that is unknown about Knoop that it would have been better to reveal a few more layers of this awkward soul. 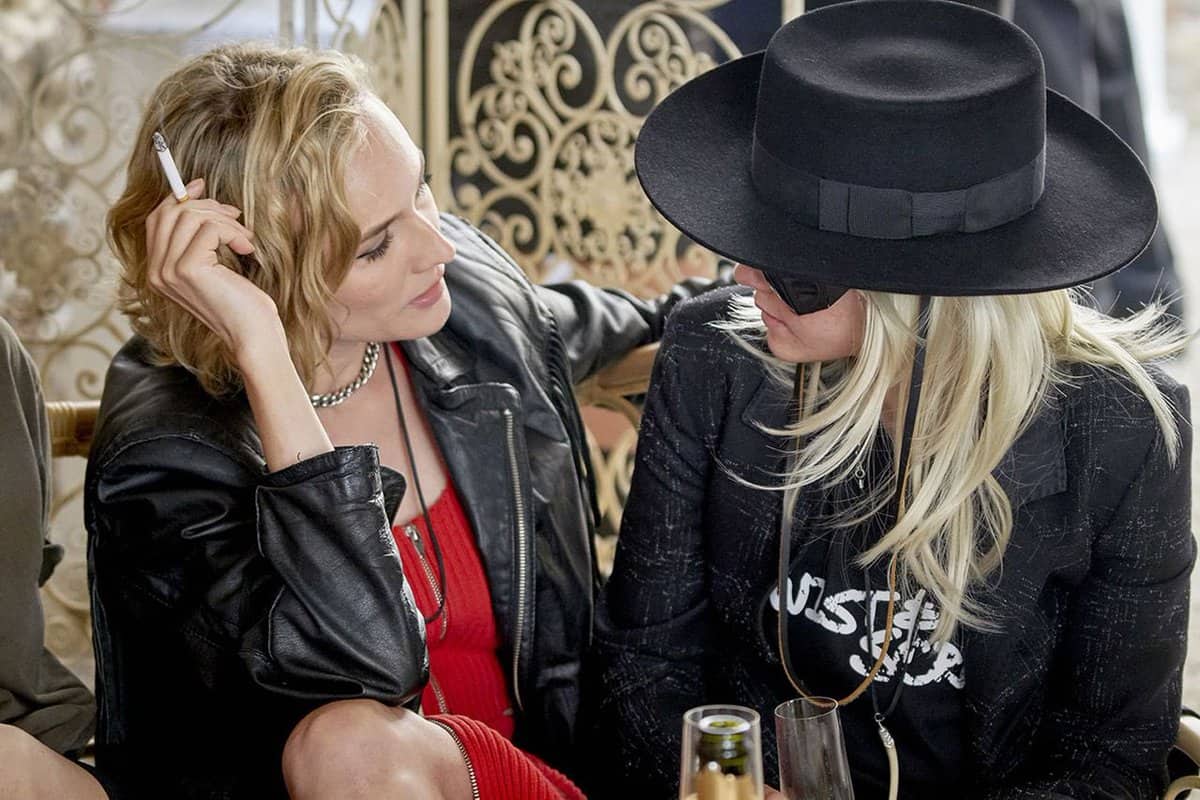 The filmmakers are very careful with Diane Kruger’s character Eva who is a loose interpretation of Asia Argento who romantically courted Knoop (J.T. LeRoy) into getting the rights to film one Albert’s books. The changes in character names and nationality will not stop people from correcting the dots (something that has been done since the plot was released). A film could easily be made of what happened during and after that production alone.

The film touches upon a number of important topics that but is never able to really cement the story it wants to tell and instead meanders through the exploits of the two until all is revealed to the world. A film focusing on her as a non-binary individual trying not only to deal with being involved in a scandal but also trying to discover themselves fully is far more compelling. That really should have been the ‘A’ story of the piece, finding out more about the ins and outs of this fascinating person’s life, from an actress who is more than capable to pull it off. Or the film could have delved a little further into the world of what it is like to be dragged along the Hollywood machine (even if you are fibbing). Instead, the main storyline is just a retelling of a story we already know and is still quite fresh in the minds for audiences due to being told recently in Jeff Feuerzeig’s very well-received documentary Author: The J.T. LeRoy Story. 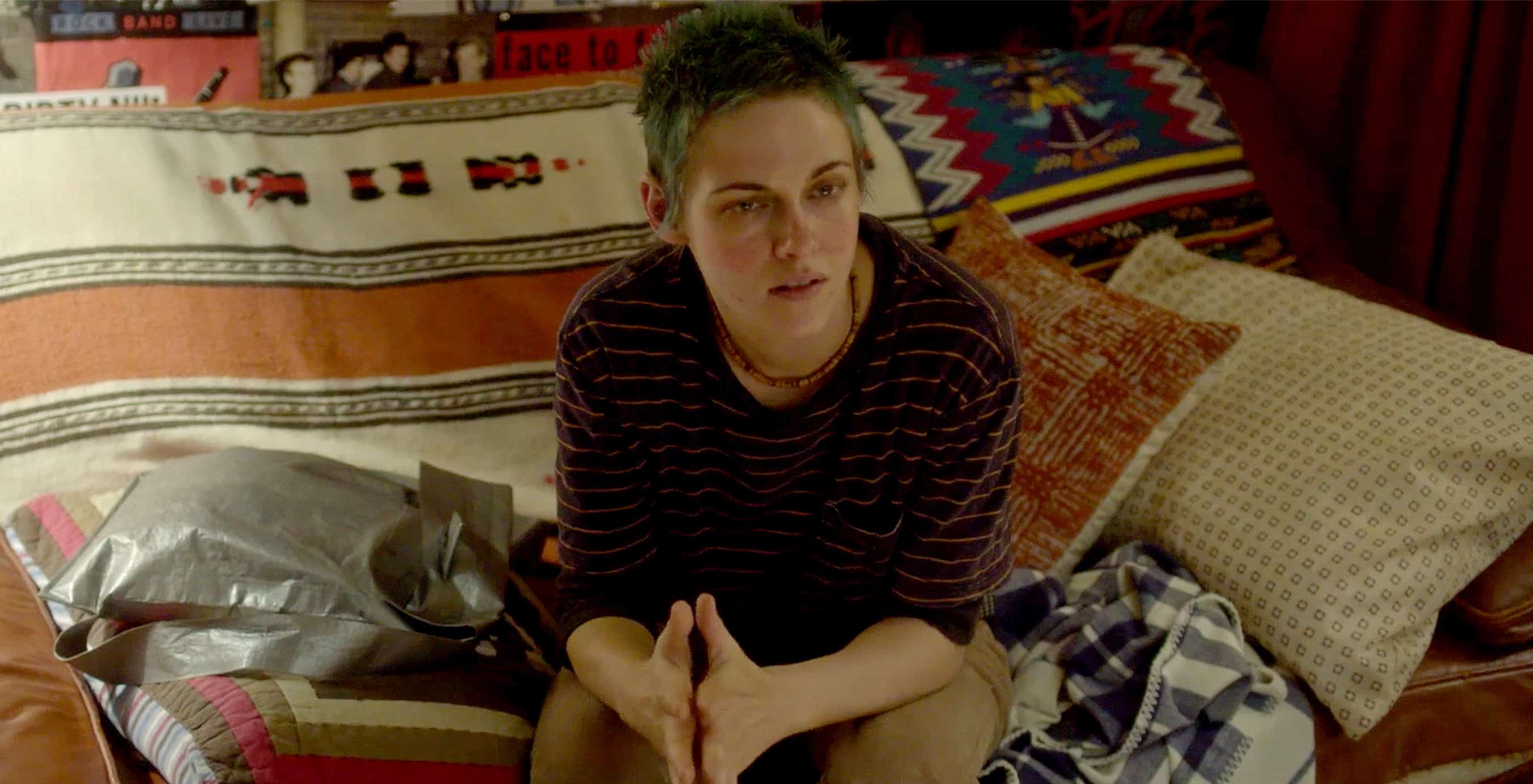 Interestingly this version of the story is from the Savannah Knoop’s memoirs which confuses matters as surely if the co-producer and writer of the film is one of the main focuses on the film, why didn’t they make sure the film purely revolved around her and not to allow Dern to take such a command of it? We have already heard Albert’s side of the story in the documentary. This was Knoop’s chance to provide her version of the story. To see more of her intentions during the whole charade and to learn about the person. It is such a missed opportunity by the filmmakers as the film is intended to be about finding your identity, but seems to lose itself or give up on that premise to just tell the story of what happened.

Overall the film is owned by the personality of Dern’s Albert, where she should have very much been the background. A film where there is still a lot to take away with and enjoy, but the yearning feeling to have been given more details about the still mysterious Knoop will remain. We saw all the layers of Laura Albert in previous pieces and we will undoubtedly see more as the next films and documentaries are made to everything that this saga touched, it is a shame that when Knoop had the chance to tell her side of the story, she veered off course and allowed the story to lose itself.

J.T. LeRoy is available in cinemas and for digital download now.