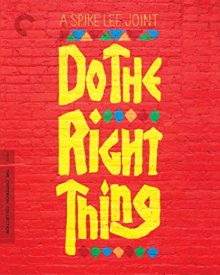 This year, Spike Lee’s 1989 classic, Do The Right Thing celebrates its 30th anniversary. Following all the acclaim he has received recently for his Oscar-winning film BlacKkKlansman, this new Criterion Collection release of his early film gave me a chance to revisit a favourite and reflect on the evolution of Lee’s filmmaking.

Do The Right Thing takes place across one very hot summer day in the New York neighbourhood of Bedford-Stuyvesant. The residents are predominantly black, with the exceptions being the owner of the local pizza shop, Sal (Danny Aiello) and his two sons, Pino (John Turturro) and Vito (Richard Edson), who help out in the pizzeria. Across the street is a grocery store owned by a Korean couple who have recently arrived in the country.

Sal employs a young black man named Mookie (Spike Lee) as a delivery boy. Mookie is popular in the neighbourhood and it is mostly through his eyes that we are introduced to the other characters. There is Tina (Rosie Perez) the mother of his son, an elderly man known as Da Mayor (Ossie Davis), political militant Buggin’ Out (Giancarlo Esposito), Radio Raheem (Bill Nunn) who walks the streets blasting Fight The Power by Public Enemy continuously on his boombox (when asked about this, Raheem proclaims “I like Public Enemy, I don’t like other music”). Other residents include the spiritual Mother Sister (Ruby Dee), DJ Mister Senor Love Daddy (Samuel L. Jackson) and Smiley (Roger Guenveur Smith), a man with learning difficulties who wanders the streets selling copies of a photograph of Dr. Martin Luther King Jr. and Malcolm X together.

As the day progresses and the heat gets more stifling, tension starts to build in the neighbourhood, old wounds are re-opened, and the day ends in violence. 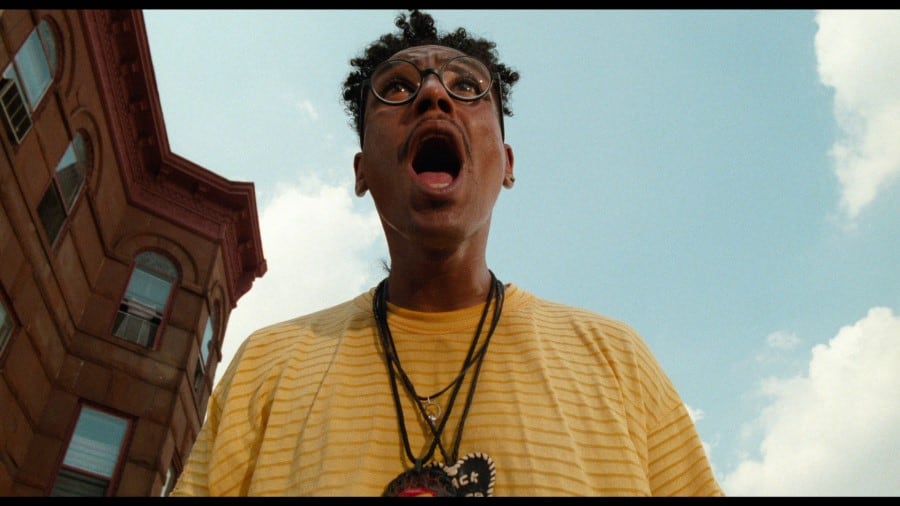 The selling point of the Criterion Collection releases are the extensive bonus materials and the remastering of the film and Do The Right Thing doesn’t disappoint on both fronts. Ernest Dickerson’s cinematography has always been stunning, but now the 4K restoration brings an incredibly lifelike visual sheen to the film – you can almost feel the balmy summer heat radiate from the screen.

The bonus material is across two discs, beginning on disc one with a 1995 audio commentary featuring Spike Lee and his sister Joie Lee, along with cinematographer Ernest Dickerson and production designer Wynn Thomas with Public Enemy’s Chuck D moderating. Thomas and Dickerson provide highly technical commentaries that can run a little dry, although some interesting trivia does come up including the fact that Sal’s Pizzeria was built as a fully functioning restaurant. Obviously, Lee is the dominant voice on the commentary track, talking in depth about the gestation of the film and speaks candidly about incidents in his own life which influenced some scenes. Both Lee and his sister speak about the social issues covered in the film, as well as the concerns that the studio had about these and they also address some of their harshest critics. One of the more interesting commentaries I have heard.

Disc one also features almost an hour’s worth of behind the scenes footage, covering read-throughs, rehearsals, on the set coverage and cast interviews. Eleven deleted scenes are presented in high definition, but its easy to see why they were cut from the original film. The disc is rounded out with storyboards, trailer and two TV spots. 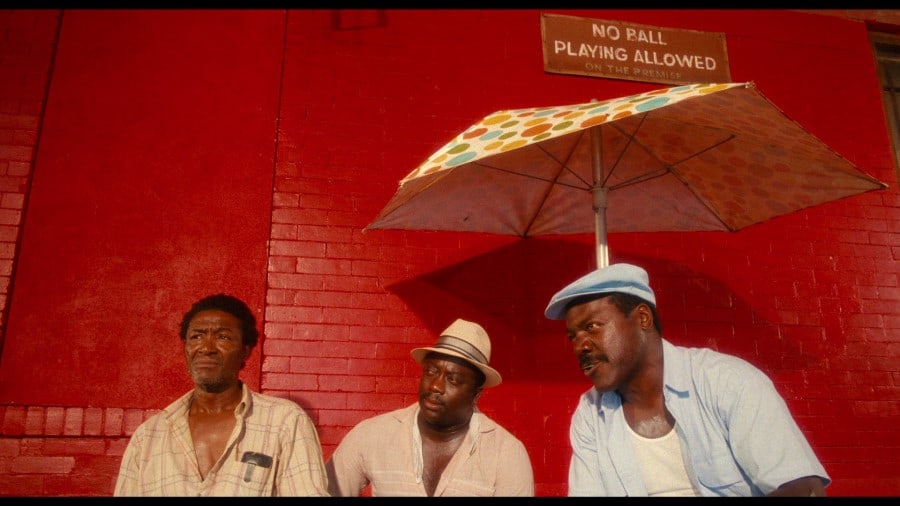 The second disc features the bulk of the bonus material beginning with a 60-minute documentary, The Making of Do The Right Thing. Most of the documentary covers the filming and includes interviews with members of the cast, crew and, surprisingly, some of the extras.

The One and Only Do The Right Thing, is a 30-minute program covering the impact of the film and includes interviews with New York City council member Robert Cornegy, Jr., journalist Nelson George, and filmmaker Darnell Martin all explaining how the film influenced them personally – Cornegy forged a career in politics, and Darnell, who worked on the film, explains how it inspired her to make her own film.

Next up is footage from a press panel following a screening of the film at the Cannes Film Festival featuring Spike Lee, Joie Lee, Richard Edson, Ossie Davis and Ruby Dee. This is followed by interviews with editor Barry Alexander Brown and costume designer Ruth E. Carter. 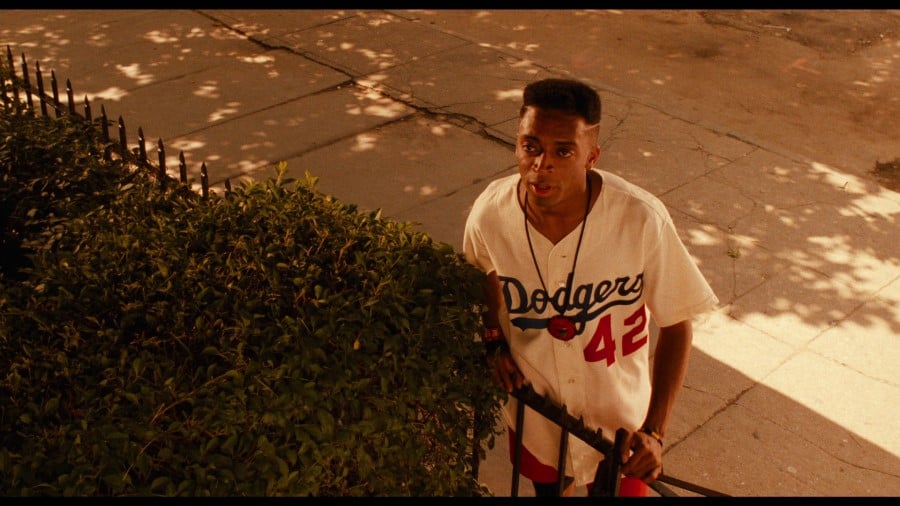 Public Enemy’s music video for Fight the Power is up next, opening with an introduction by Spike Lee who also directed the video. Included is a slideshow featuring photographs from the video set and Chuck D’s handwritten lyrics, along with two audio tracks from Chuck D. As a huge Public Enemy fan, this was easily my favourite feature.

Finally, the set closes with Spike’s Last Word, in which Lee discusses the controversy around the film on its release and how white critics were afraid it would incite racial violence, which of course didn’t happen.

Spike Lee’s Do the Right Thing is a true cinematic triumph and is a highpoint in his career. Considered shocking upon its release in 1989 for its unflinching portrayal of racial tension in the USA, 30 years later its themes are still sadly relevant.

Do The Right Thing: Criterion Collection is released on Blu-ray by Sony Pictures