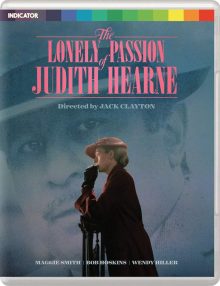 It’s a sad fact that most actresses in the film industry have quite a short shelf life, disturbingly less than their male counterparts. However, there are a handful of women that have bucked the trend and managed to stay in the limelight into a ripe old age, despite the image-focussed, sexist and ageist world of Hollywood filmmaking. One such actress is the great Maggie Smith. She began working as an actress in the theatre, but worked in film and TV alongside this. She won her first BAFTA in 1959 for her role in the film Nowhere to Go and bagged a Best Supporting Actress Oscar a few years later for Othello in 1966. This momentum never really stopped and she continues to pick up awards and crop up in major TV series and movie franchises (albeit in often quite small roles) well into her 80s. She’s become what many refer to as a ‘British Institution’, and rightfully so as she’s one of the finest actresses to have come out of this country.

The folks at Indicator must agree as, in their own inimitable fashion, they have dug out a long-forgotten gem from Smith’s past and given it the spit and polish treatment on Blu-Ray. The actress won praise (and a BAFTA) for The Lonely Passion of Judith Hearne back in 1987, but it hardly set the world on fire and is little known now. I figured I’d give it a shot, so my thoughts follow.

The Lonely Passion of Judith Hearne sees Smith play the titular character, a single lady in her 50s who moves to a new room in a boarding house in Belfast. She’d spent most of her life previously living with and later caring for her aunt (Wendy Hiller) who brought her up following the early death of Judith’s mother. With her aunt now dead, Judith finds herself lonely and strapped for cash, teaching a few piano lessons to make ends meet. At the boarding house, she meets James Madden (Bob Hoskins), the landlady’s (Marie Kean) brother who’s back in Ireland after 30 years in New York. He misses the states, constantly moaning about how much better life is over there, much to the annoyance of his sister, slovenly nephew (Ian McNeice) and other boarders. Judith, however, is fascinated by his tales of the excitement and majesty of New York. 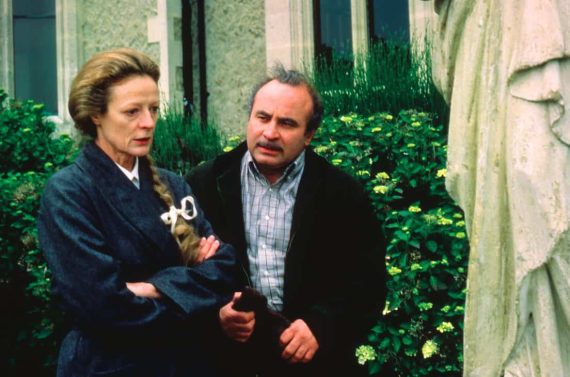 Judith soon falls in love with James and he seems to reciprocate, though the audience sees that he’s only interested in her from a business sense. You see, Judith was brought up within the upper (or at least upper-middle) classes and still has that air about her, as well as some of her old wardrobe. So James mistakenly believes she’s sitting on a family fortune. After Judith learns his intentions and also falls foul of the rest of James’ cruel and scheming family, she’s devastated and turns to the bottle, sending her on a bleak downward spiral.

Period dramas revolving around the class system are usually an instant turn-off for me as I feel the subject and approach have been overly covered in British cinema. So I was quite wary coming into The Lonely Passion of Judith Hearne. However, as the film developed I soon realised it was more a study of loneliness, loss of faith and the difficulties in finding love in the older generations. As such, it’s very much a mature film that spends time digging deep into its lead character rather than relying on an elaborate soapy plot as is the case with more melodramatic period dramas.

It’s a relentlessly grim film though. Small doses of humour keep it from being too punishing, but there is little hope the audience can see for Judith to cling on to so it’s a desperately sad experience. This isn’t helped by some truly despicable characters making life difficult for our protagonist. Ian McNeice’s Bernard is particularly grotesque. His performance is strong and memorable, but his and a couple of other characters seem a bit one-dimensional and unnecessarily cruel towards Judith. 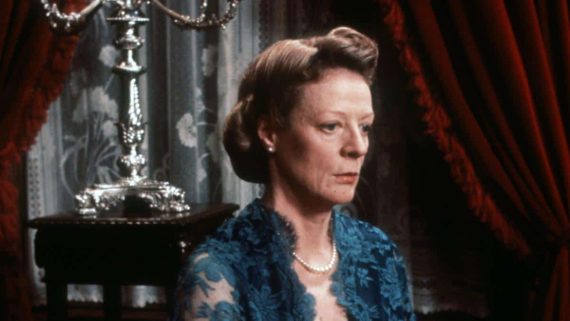 Speaking of the titular character, Smith is truly superb in the role. She’s delivered plenty of fine performances over the years, but I’m tempted to say this is one of the best. It helps that the character is given a lot of depth in the script, but Smith makes the absolute most of it and achieves a lot through body language, her eyes and other subtle fashions. This isn’t a big grandstanding performance, but a measured, perfectly honed masterclass in acting. The rest of the cast are decent too, although Hoskins struggles a little with his American accent.

The film looks great too, with director Jack Clayton and cinematographer Peter Hannan crafting an authentic period look with sumptuous yet natural-looking lighting. There were a couple of inconsistencies with regards to presentation that irked me a little though. Most notably, a voice over interior monologue appears for both James and Judith in one scene, but nowhere else. It sticks out like a sore thumb and there are a couple of unusual transitions and effects that aren’t matched or replicated elsewhere either.

This is quite a minor quibble though. Largely, The Lonely Passion of Judith Hearne is a handsomely mounted and finely acted tale of loneliness and loss of faith. It may be a little inconsistent, not always hitting the mark, but it’s a refreshingly mature and well-made drama that deserves to be rediscovered.

The Lonely Passion of Judith Hearne is out on 24th June by Powerhouse Films on Blu-Ray as part of their Indicator label in the UK. The picture and audio quality are both fantastic as is to be expected from the label.
There are a few special features included:
- New 2K restoration by Powerhouse Films from the original negative, supervised and approved by cinematographer Peter Hannan
– Original stereo audio
– Remembering Judith Hearne (2019): Featuring new and exclusive interviews with actors Maggie Smith, Ian McNeice and Rudi Davies
– Selected scenes commentary with film historian Neil Sinyard
– Original theatrical trailer
– Image gallery: On-set and promotional photography
– New and improved English subtitles for the deaf and hard-of-hearing
– Limited edition exclusive booklet featuring Pauline Kael’s appraisal of the film, an overview of contemporary critical responses, archival articles and film credits
– World premiere on Blu-ray
– Limited Edition of 3,000 copies
– All extras subject to change

Compared to many of Indicator’s releases this is a little sparse on the extra-features front, but the couple of pieces here, the partial commentary and set of interviews, are both excellent, offering a healthy mix of anecdotes and insight. The booklet is on hand too, providing a handful of essays, interviews and criticisms, which are all as valuable as any video featurette.