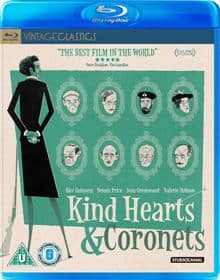 Despite living in modest conditions, Louis Mazzini (Dennis Price) is in line to receive the title of Duke of Chalfont, with the only problems being the many and varied members of his mother’s family, the D’Ascoynes (Alex Guinness), currently living and either holding the position or being further up the chain of succession than Louis. After the family denies his disinherited mother’s dying wish of being buried in the family cemetery, Louis sets out a mission to prune the D’Ascoyne family tree until he sits at the top with the title of Duke, hoping that will not only make amends for how his mother (Audrey Fildes) was treated, but will also win Louis the heart of his childhood crush Sibella (Joan Greenwood). 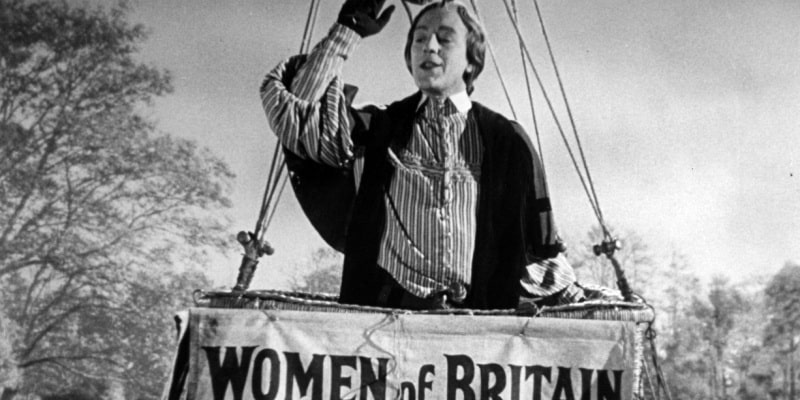 If Kind Hearts and Coronets is known for one thing, it’s that Alec Guinness played not just one member of the increasingly endangered D’Ascoyne clan, but the entire brood; eight separate characters. Some have considerably more time spent with them than others, but even those with just a few moments of screen time have individual mannerisms, speech patterns and everything else that makes a memorable character. Guinness has long been a versatile character actor, but even still seeing him here as a frail, doddery old reverend, a passionate, forthright revolutionary, a buttoned up banker and a stubborn, buffoonish admiral, at one point all in the same scene, is nothing short of delightful. It’s just a shame that all the captivating characters he portrays are, by the very nature of the film, regrettably not destined to survive until the closing credits.

Elsewhere the rest of the cast all perform well, just in a less showy manner. Price retains a dash of wry sarcasm in his narration – the story is told as a memoir he is writing from jail the night before his execution – relaying in an almost disinterested monotone some otherwise ghastly events; never has the death of a young mother and her newborn children been quite so callously yet hysterically described. Mazzini’s love interests, played by Joan Greenwood and Valerie Hobson, are also great additions to the cast, one a gold-digging seductress and the other a more refined but standoffish lady, played against one another for Mazzini’s gains, and in some fabulous costumes while they’re at it. Also look out for a small role for Dad’s Army star Arthur Lowe, just before the credits. 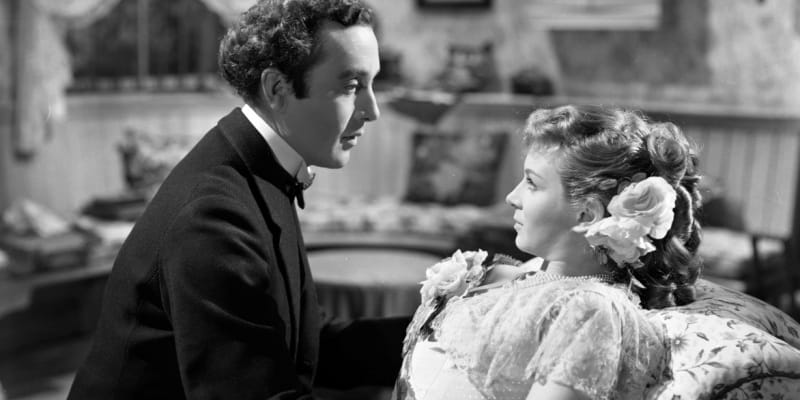 As with pretty much any piece of art ever made in England, class is a huge part of the story, and watching this in 2019 feels just as relevant as it may have 70 years ago. We still live in a time of the haves and the have-nots, and Louis’ initial plight to dethrone the aristocracy is a motive that’s very easy to support, even if his methods are less than condonable. The darkly comedic tone and often extraordinary means of disposal also make the multiple murders more palatable, but as Louis’ intentions evolve from vengeance to opportunistic greed it becomes harder to root for his victory. However difficult it may become to revel in the successes of the film’s protagonist, it’s never difficult to enjoy the film overall. This is a wonderfully written and performed comedy that may be a little slow or light on audible guffaws for more modern viewers, but if given the proper patience and attention there’s a great deal here to savour.

Kind Hearts and Coronets has been recently re-released in cinemas and given a brand new 4K Blu-Ray restoration from StudioCanal. The restoration is fantastic, and to really see the difference, check out the unrestored alternative US ending (which removed some of the potential ambiguity of the finale). Also included in the release are featurettes on Ealing studios and Dennis Price, a commentary from Terence Davies, Peter Bradshaw and Matthew Guinness and other behind-the-scenes extras to enjoy. One last note: there’s a message at the start of the film explaining that it has been presented as it was originally made, regardless of any offensive terms in the script, which led to a fun game of “When’s the film going to be racist?”. It turns out that it’s pretty near the end, and very, very racist. Basically, the rhyme “Eenie meanie miney mo” is sung with the worst possible version of the lyrics. Also there’s some pretty rampant sexism throughout, but it’s spoken by characters who aren’t behaving all that heroically at the time.