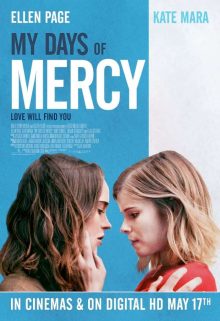 My Days of Mercy follows young death penalty activist Lucy (Ellen Page) who is coming to terms with the murder of her mother supposedly by her father, who now finds himself on death row with four months left to live. Lucy spends her time professing her father’s innocence, visiting her father, caring for her family and protesting at executions throughout Middle America. During one protest she meets the titular Mercy (Kate Mara) a conservative woman whose own father’s partner was murdered and believes that the death penalty is required to help her and her family heal.

The chemistry between Page and Mara’s characters is electric, assisted by the two actresses being close friends. Page has always been able to play the quiet reserved character that has spurts of aggression and emotion and she plays this role again with even more assuredness than she has been able to in recent years.

In comparison, Mara has rarely been given the chance to play such a complex character, one who has such strong beliefs but is falling at increasing speed for someone that is supposed to be her polar opposite. She is able to portray this emotion expertly and fully grabbed the character by the collar to make the role her own. As great as Mara is, however, this is Page’s show and this is no more conveyed than in their first chaste kiss together. Spilling all of her emotions to her new confidant, the couple unites, this scene reminded me greatly of scenes from the terrific Disobedience, where the characters become more frenetic and desperate to release all of their emotions to one another that the love scenes become more than just a chaste foray. 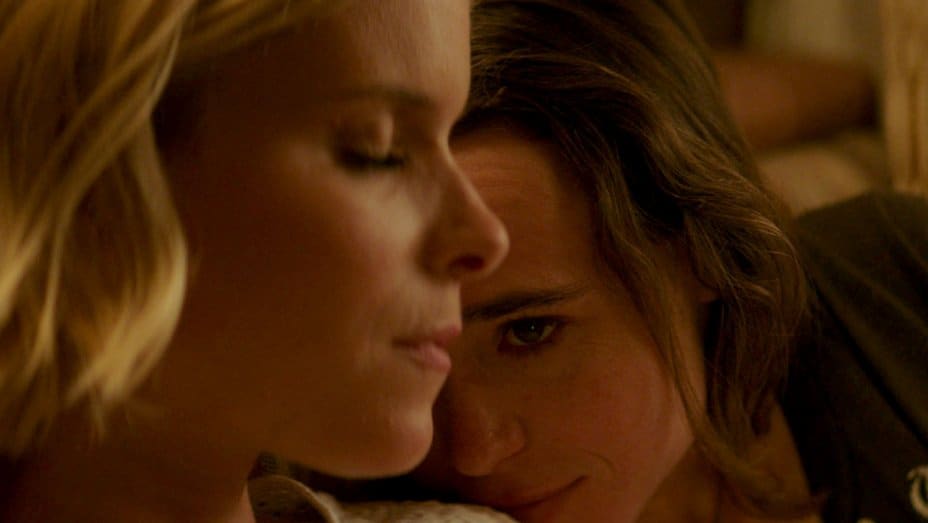 Shalom-Ezer has excelled in her first English language film and expertly kept the focus on our two protagonists, the majority of the shots being close and intimate as if we are prying on actions of the two lovers. Keeping things intimate works wonders for the film, and allows the viewer to believe everything that is happening. She is able to enhance the film beyond a simple lesbian drama, there is so much to impact with the film and all of it is done with the utmost thought. Films such as My Days of Mercy are required in this current climate. We as an audience need to be able to see that a film with so much going on can also handle a romance between two characters of the same sex. These type of films are still misrepresented.

An issue with the film is that it perhaps has too much complexity going on throughout, trying to keep the balance with the blossoming romance and Lucy’s family difficulties are at times very strained. There could easily be two separate fully fleshed feature films being told here. One of Lucy and Mercy and then the increasingly strained relationship of Lucy and her sister Martha. This could just be the curse of having such a great script and cast that as an audience member you want to learn more of what is going on with everyone involved and disappointedly for us, we are left wondering. 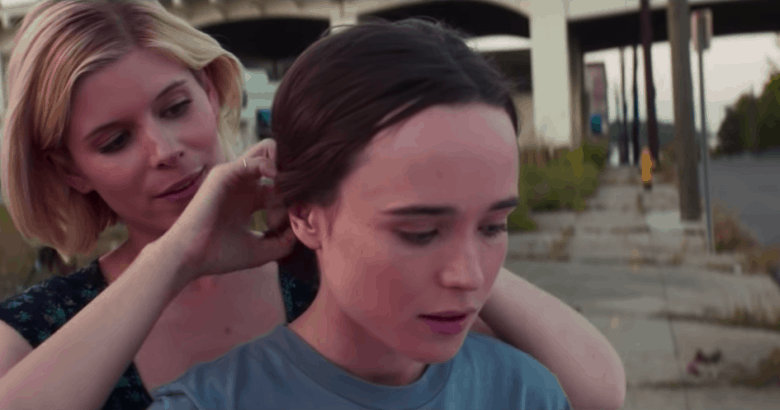 As difficult as it is to keep that balance right, one balance that is kept remarkably well involves the topic of the death penalty. It was always going to be a tricky task to navigate through this safely, but My Days of Mercy is able to do this and is not overly reliant on it as a plot crutch. This could not have been an easy choice to make everyone’s opinions clearly felt on the matter, to either denounce the death penalty or to heavily support it. But much like America itself, everyone is split and they all have their own reasons for it which make it all very natural. Writer Joe Barton was able to strike the right note with how much of the death penalty topic to utilise. Introducing each execution with the prisoner’s last meal was an excellent touch with each meal coming off as a new chapter within the story. These characters are not just defined by what is happening here, they have more going on and that is a refreshing change from what we could have been given.

As mentioned, My Days of Mercy has perhaps stretched itself a little too thin at certain times with trying to juggle so many different topics but manages to keep going and for what other subject matters it does cross, it balances perfectly thanks to its two lead actresses. This could easily have crossed the line to become a heavy-handed piece, but producers Page, Mara and director Shalon-Ezer preserve a gentle approach throughout this complex drama and deserve a lot of credit for their approach.

My Days of Mercy is out now on limited theatrical release and available on Digital platforms.