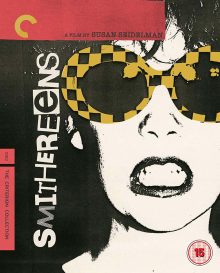 Smithereens is both an extraordinary snapshot and a product of a New York that no longer exists. At the end of the 1970s, the city was still on its knees from bankruptcy and large areas were so run down and dangerous they were considered undesirable places to live. The rundown apartments and abandoned industrial buildings attracted people seeking freedom, but also people with nowhere else to go. The result was a mix of creativity and desperation that made careers and ruined lives. Fresh from film school, Smithereens was Susan Seidelman’s first feature and she managed to harness and document the punk energy of that time and place, while also demonstrating the hazards of life on the margins.

Her film tells the story of Wren (Susan Berman), a young woman from New Jersey who has come to the East Village on a quest for fame, but with no talent to achieve it. When we first meet her the campaign already failing: she’s on the verge of being evicted from her apartment, and has resorted to pasting photocopies of her face around the subway. At night she cruises bars and nightclubs, bothering bands and antagonising bouncers. For all her eagerness to please, she has a prickly, aggressive personality. Her self-interest is so all-consuming and obvious that most people are repelled. But not everybody. Just as her options are starting to look bleak, two men enter her life. One, Paul (Brad Rijn), is a New York newcomer. He’s living in his van on an abandoned lot, and when he sees Wren on the subway, something in her manner attracts him. He tries to get a date, but with no connection to fame he struggles to win her attention. Wren is much more interested in Eric (musician Richard Hell), a singer from the now defunct band Smithereens who claims to be starting a new group. Unfortunately for her, Eric is every bit as self-absorbed as she is, and much more skilled at getting his way. Though Wren is far from loveable, Berman does somehow make her sympathetic. Even as she burns bridge after bridge, you can’t help but hope that something – anything – will go right. If nothing else, her resilience is commendable, and the film is punctuating with sequences of Wren pounding the streets, always looking for the next opportunity. 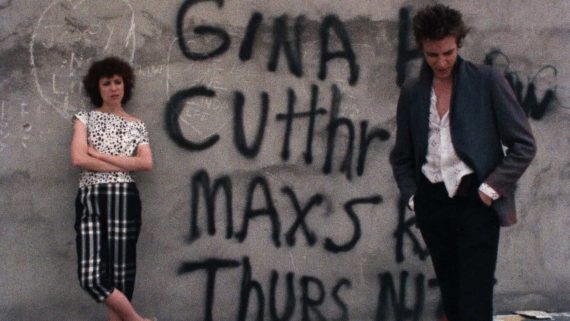 For all its success in capturing punk spirit, Smithereens is carefully and professionally composed. Shot on 16mm film and featuring a driving punk score by The Feelies, the aesthetics perfectly match the subject matter. Only the occasional bit of clunky plotting and awkward performance betrays the inexperience of the cast and crew. Away from the central trio, Seidelman populates her film with odd characters and bizarre encounters. Little details stick in the memory, like the bloody bandage on the hand of Eric’s sleazy roommate, or the prostitute who has a packed lunch from her mother and offers to show Paul her scar for $5 (“It’s in a real interesting place.”) Gradually, whatever faded glamour New York retained falls away; it is a hostile, lonely place. And yet, for Seidelman herself, it proved exactly the hotbed of talent and potential that Wren imagined: as soon as she had a finished print, Seidelman was invited to Cannes, where Smithereens became the first American independent feature to compete for the Palme d’Or. Soon Hollywood came calling, and when Seidelman returned to the New York streets for her next feature, the result was the infinitely sunnier Desperately Seeking Susan. The two films work brilliantly as a pair, offering the dream and nightmare of seeking reinvention in the big city. 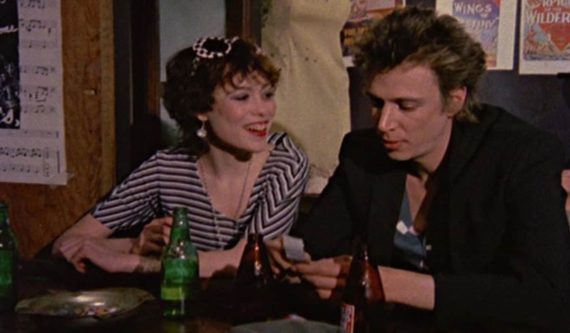 Out now in the UK, released by The Criterion Collection, Smithereens looks and sounds great on Blu Ray. Both the ruins of New York and the wildly clashing punk fashions are clear, bright and detailed, under the authentic-looking grain of the 16mm filmstock. Some night shots are very soft, but this is undoubtedly the result of low budget equipment and conditions. There’s also real punch and clarity to the soundtrack.

The extras are small in number, but very high quality. In an excellent commentary from 2004, Seidelman is interviewed by David Gregory. She has a stunning memory of the details of the production, mixing good anecdotes with technical information, while noting the many locations that no longer exist. Some of the anecdotes are repeated in a new 40-minute feature of interviews with Seidelman and Berman, although there’s enough new material to make it worth watching. Finally, there are two of Seidelman’s student short films (25 and 35 minutes, each with a video introduction by the director. In the context of Smithereens they make fascinating viewing, as you see the refinement of Seidelman’s technical skills, and the development of her themes. Given their age and amateur origin, both films are in excellent condition.

* Please note, the stills used are not indicative of the picture quality of the Blu-Ray.