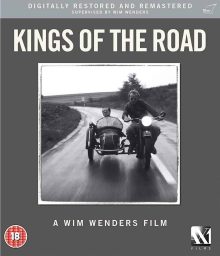 Wim Wenders was one of the directors, along with Rainer Werner Fassbinder, Werner Herzog and others, who headed the German New Wave movement of the 1970s. The films that he and the rest of the movement produced were hardly box-office smashes, but they brought much critical acclaim around the world, despite their meagre budgets. Wenders has had his own ‘waves’ within his long career, moving from patches of less respected, minor work to some big award winners. His most well known period is probably the mid-80s when he directed the triple whammy of Paris, Texas, Tokyo-Ga and Wings of Desire (granted, Tokyo-Ga isn’t well known, but it is widely acclaimed). He later turned heads in 1999 with the documentary Buena Vista Social Club and found success later in that format with Pina and The Salt of the Earth.

The 70s are where he got started in feature filmmaking though and the seven films he made during the decade are thought to be some of his most highly regarded. Included amongst these is a loose trilogy of road movies; Alice in the Cities, Wrong Move and Kings of the Road. The latter of these has recently been digitally restored, remastered and released on Blu-Ray and DVD in the UK by AX1 Films. I got hold of a copy to give my thoughts.

Kings of the Road has only a very loose story. Robert Lander (Hanns Zischler) speeds off the road and into a river. He swims away from his sinking car with only a largely empty suitcase and washes ashore next to the bemused Bruno Winter (Rüdiger Vogler). Bruno is a free-spirited travelling cinema technician, who drives from theatre to theatre, fixing projectors and occasionally filling in to screen a film. Robert, whose wife, we find out, has just left him, decides to tag along with Bruno whilst he figures out where his life will now lead him. As the two spend time together, Bruno’s laid-back facade starts to crack and we realise he’s also troubled. The two help each other find themselves whilst they meet various characters in the towns and cinemas they visit along the West/East German border. 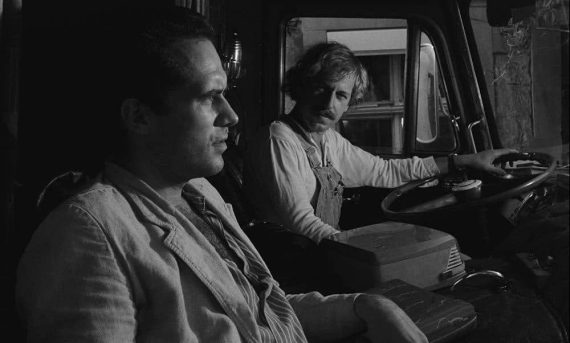 It sounds like your typical road movie then, when put like that, but Kings of the Road plays it even looser than most. Wenders admits that he had no script and no story when ‘writing’ the film, only an itinerary. He himself made the journey along the border, visiting cinemas in the quiet villages he came to and speaking to the locals. He used this experience to plot out the shoot and a very loose structure to the film, letting his actors bring their own life to the characters. In an included interview Wenders describes how he likes films where the audience has to invest themselves in it. “You (the audience) complete the world” is how he puts it. Indeed, you aren’t given many details on the character’s lives, only snatches. Even in scenes where the men visit their former homes and Robert meets his estranged father, you aren’t fully told what happened and have to work it out or imagine it for yourself.

It’s an approach that won’t be for everyone. With this free nature and a long, near three-hour running time, it’s slow moving and doesn’t have a clear narrative hook to keep you on the edge of your seat. However, if you let it, the film can have a real grip on you. The characters, particularly Bruno, are quietly charismatic, which helps. There are some captivating sequences too, some of which are quite funny, such as a wonderful scene where the two men put on a shadow performance behind a cinema screen akin to a silent comedy.

This scene and many others, as well as the nature of Bruno’s work, seem to be making a comment on the state of cinema in Germany at the time. Wenders says how there was nothing but poor exploitation films, particularly soft-core pornography, playing in theatres back then. You could say it’s making a statement as to why he and the rest of the New Wave movement were making the types of films they were. A call for change is key in the final act, which particularly leads this way. The film also acts as a love letter to cinema of the past too, with talk and traces of the golden age ever present in the decaying theatres the men visit. 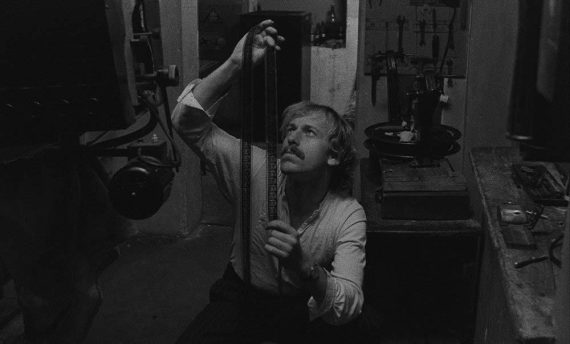 The film is also making a clear statement about Germany. The area of the country they travel along is dying due to the divide turning what may have once been a busy through-town into a dead-end. You see a newspaper headline mentioning 1 million unemployed too and there’s an air of melancholy throughout the film. There is also talk of the War, as well as the influence of American culture in present-day Germany (particularly in the rock/Americana infused soundtrack). The unspoken weight that seems to be pressing down on our protagonists may well be mirroring the guilt of what happened during WWI and particularly WWII.

Away from what meaning you can extract from the film, it can easily be appreciated for its craft. It looks absolutely beautiful, shot in black and white and making the most of the wide open spaces and beaten down locations. Wenders may have made the film ‘on-the-fly’, but his shots are carefully framed and cinematically constructed with elegant movement. He does this without drawing attention to the style though. It’s not a flashy looking film, but it is filled with beauty in its imagery.

Overall then, although Kings of the Roads can be too elusive and rambling to easily digest, it has an intoxicating, languid beauty and eloquence. It’s certainly superbly directed, feeling finely crafted without ever losing its free-wheeling soul. Although its characters hide details of their lives, we warm to them through wonderful, natural performances. It’s a journey that’s a pleasure to take, just don’t expect to get where you want very quickly. Kings of the Road is out now on Blu-Ray and DVD in the UK, released by AX1 Films. The transfer looks and sounds fantastic, with a clean and detailed, but naturally grainy look and solid audio.

The Wenders interview is excellent. He talks about the unusual process of making the film as well as discussing the changing face of modern cinema. Interestingly he doesn’t badmouth it as you might expect though. Instead, he says he believes audiences are now more sophisticated so prefer more elaborate stories, which is why series are so popular now. He believes the age of more innocent films like Kings of the Road, where the audience is expected to fill in the gaps, is largely lost but was prevalent in the 70s. It’s an interesting theory that I’m inclined to believe, although in my opinion there are still filmmakers on the fringes that keep the spirit of 60s and 70s cinema alive.

The outtakes are pretty epic as you might expect for a film shot so loosely. There’s no audio though, instead the main song runs on a loop, so it’s not the most engaging watch, but there are some lovely moments there.

The “Restoring Time” piece focuses on the restoration process, not just of this film but of a number of titles from Wenders’ back catalogue. It’s interesting and Ii find it heartwarming to see films being kept alive with such dedication.

The booklet is great too, packed with essays and interviews.