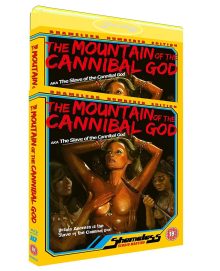 Susan Stevenson (Andress) and her brother, Arthur (Marsina), get off a plane in Papua New Guinea, looking for her missing husband. They team up with Dr. Edward Foster (Keach) and the three of them, along with local guides, head into the jungle, where they fight amongst themselves, view a fair amount of gratuitous animal cruelty, (notably an iguana getting eviscerated), and encounter a cannibal tribe on the side of a mountain, the mountain of the cannibal god – da, da dum!

Having seen a fair few of these kinds of Italian gut-munchers before, I was keen to try and see one that I hadn’t already viewed, and Mountain of the Cannibal God is one such film. I think I’ve only got a couple of crazy cannibal epics still to watch; lucky me! 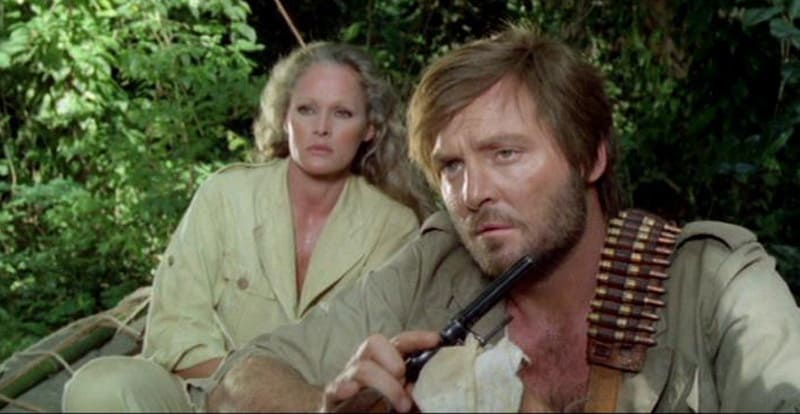 During the 70s and early eighties Italian cinema became the Wild-West of international film production, putting out all sorts of exploitative titles in a range of film genres, some of which ended up on the DPP’s video nasty list in the UK, including this one. However, Mountain is one of the tamer ‘nasties’ out there, particularly from this particular ‘jungle nightmare’ subgenre.

This release is mostly uncut, although still retains a few cuts to scenes of animal cruelty, which, to be honest, is probably fair enough. As much as I hate censorship of any kind, I think, in some cases, it could be considered welcome, as in this case. I don’t know anyone who gets kicks out of watching animals suffer on film or, if they do, they don’t admit to it!

As with many low-budget Italian films, the cast and crew still manage to deliver a quality product and Mountain displays excellent photography, some decent acting from a game cast, and the score by Guido de Angelis and Maurizio de Angelis is good too. Not as memorable, perhaps, as the excellent score for Cannibal Holocaust, but still a decent one.

Shameless have delivered a great version of the film – the picture quality is excellent, and the sound mix very strong and clear. It’s just a shame that with better picture clarity the more noticeable the sometimes-iffy special effects become. For example, the crocodile attack sequence is ridiculous and not at all convincing. What the better picture quality does reveal, however, is just how amazing some of the cave locations are, where the cannibals hang out. The production designer must have had his work cut out for him prepping it all though.

As mentioned before, the acting is pretty good, for this kind of film, and I’ve always thought that Stacey Keach was an underrated actor and he doesn’t disappoint here, although I felt his role was somewhat underwritten. Ursula Andress makes for a very glamourous companion, and for a woman in her forties – at the time – she was absolutely stunning, especially when naked! And you’ve got to hand it to those two stars, they must have had a hard and, at times, dangerous shoot, as the Italians back then weren’t overtly renowned for caring about health and safety on shoots!

Mountain is certainly worth seeing once if you’re a jungle adventure fan, and is a good beginner’s film for those wanting to check out a cannibal film for the first time. Plus, any film that features a bizarre scene of a native seemingly f**king a massive pig has got to be noteworthy, surely?

Shameless are distributing Mountain of the Cannibal God on Blu-Ray. As per usual for Shameless there are plenty of special features including: 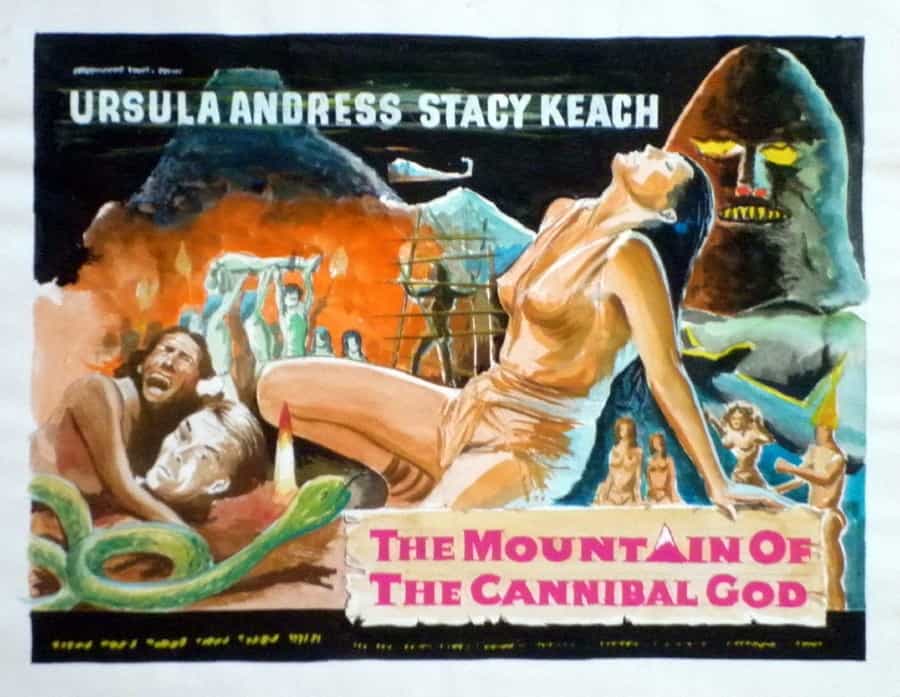