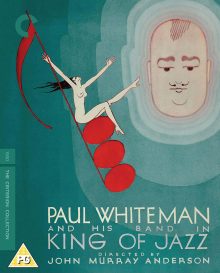 I’m a big fan of jazz music and have been for a long time, so it’s always a pleasure when I come across a film that is about or heavily features the genre. There aren’t enough of them about for my liking though, so my interest was piqued when the Criterion Collection announced they’d be adding King of Jazz to their UK release slate. I must admit I’d never heard of the film before, possibly because many elements of it had been thought lost for a long time, until it was restored to its near complete form in 2016. With a title like King of Jazz I was always going to give it a shot though, so here I am giving my thoughts.

The film isn’t the typical sort of musical you might be familiar with where song and dance numbers are strung around a narrative-led drama. Instead it’s a theatrical style revue/variety show, where we watch a series of disconnected musical numbers, comedy skits and other vaudeville acts. Linking them all is Paul Whiteman, the titular King of Jazz, who was a hugely popular bandleader at the time, selling millions of records and appearing in high end concerts around America. The only framing device of the film is Paul Whiteman’s Scrap Book, a huge book that holds the titles to each segment.

With a form such as this, the film lives or dies by its acts, but thankfully there’s some absolute gold here. Yes some of the comedy skits in particular fall flat and a couple of the musical numbers are outdated and dull, but most segments are only a few minutes long and the majority are very good so there’s always something to look forward to, just around the corner. Standouts for me are some of the dance numbers. The big group dances featuring the chorus girls are striking to watch, but it’s a couple of the smaller scale acts that I loved. One sequence entitled ‘Ragamuffin Romeo’ has a male dancer toss his female counterpart around like a rag doll in an extraordinary feat of contortionism. Similarly you get a group of men throwing around a female dancer in a more acrobatic fashion that dropped my jaw several times. Another more bizarre act is “Rubber Legs” Al Norman, whose crazy dancing defies physics and biology in the standout ‘Happy Feet’ segment. I also loved the musical comedy number with Wilbur Hall, who does incredible work with a violin and bicycle pump. This reminded me of the Marx Brothers’ harp and piano comedy bits that fused physical dexterity, musical skill and incredible comic timing. 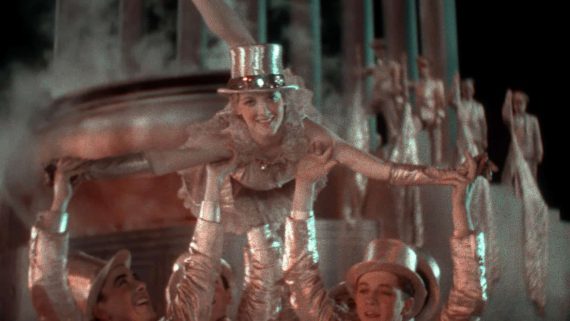 So there’s plenty to enjoy, despite the film seeming very of its time. However, one aspect of the content did let me down and that’s the lack of jazz music. Despite the film’s title, there’s not a lot of what I’d consider jazz in the film, past a thrilling showcase of the band members near the start. The special features go to some length to help explain this though. Back in the 1930’s, jazz was still in its relative infancy, at least in mainstream society, and the word ‘jazz’ was used a lot more loosely and signified any popular music with a bit of swing to it. At the time of the film’s production, more operatic styles of music were still popular too, so King of Jazz incorporates elements of that too. Whiteman was also interested in blending symphonic music with jazz so you get Gershwin’s ‘Rhapsody in Blue’ as the centrepiece of the film, a piece that straddles the line between classical and jazz. Bing Crosby makes his first cinematic appearance here too and delivers some of the more memorable songs as a member of The Rhythm Boys.

I was warned about the lack of ‘true’ jazz so I wasn’t too disappointed by the musical content of the film, but there was another elephant in the room that particularly irked me in the film’s epic finale, ‘Melting Pot’. This extended section celebrates the cultures that came together in America to form jazz music. On paper, the metaphor of America being a melting pot of cultures that formed jazz is spot on, but in the film the only cultures celebrated are European. It’s common knowledge that jazz originated in African-American communities and was largely informed by the blues and ragtime, which were also created by African-Americans. So it’s pretty shocking to see the finale of this film celebrate the formation of jazz without one black face on screen. In fact the only black actors or characters in the film are a little girl who appears for a few seconds and some stereotypical African tribesmen in the opening animated sequence. 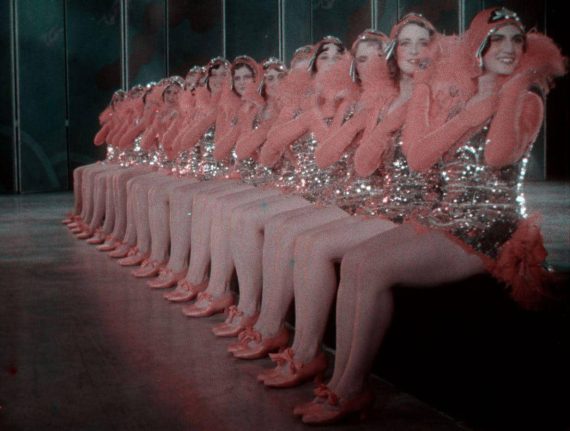 Once again, the special features help diffuse the anger one might feel from the lack of African-American involvement in the film. At this time American society simply didn’t have black faces on screen and simply celebrating African-American music (albeit in this bastardised white form) could be seen as a step forward. Whiteman came under fire later on in his career for his title as ‘King of Jazz’ once people were more aware of where the music came from, but supposedly he did fight to get African-American artists in his band. Studio heads wouldn’t allow this, so instead he made sure he worked with largely black songwriters and composers (after this film, which is white-dominated in its songwriters as you’d imagine by the music used). Eventually he did become more respected in the jazz community and in fact Duke Ellington himself declared in his autobiography, that “Paul Whiteman was known as the King of Jazz, and no one as yet has come near carrying that title with more certainty and dignity.”

I want to step away from the controversial and questionable aspects of the film before I close this review off though as I don’t want to sound like I disliked it. In fact I liked it a lot. Once you realise where the film came from in terms of the popular idea of jazz music and race relations, and sit back and enjoy the film for what it is, it’s a lot of fun. I already mentioned the pleasure of watching some of the great acts, but I also want to rave about the technical aspects of the film. Although the presentation is very theatrical in concept, all the stops are pulled out to make sure the most is made of the cinematic medium. It was an early example of a technicolour film and the cinematographers broke some rules to deliver a vibrant looking film that makes the most of the two-colour system available at the time. Some interesting camera tricks also show up throughout, such as a well executed shot featuring Whiteman’s band in miniature, coming out of his bag. The production design is incredibly lavish too and the epic moving sets wonderfully extravagant, if a little bizarre at times. It even features the very first technicolour animated cartoon, in the opening sequence which tells how Whiteman got his title. Plus, the eagle-eyed among you will spot a brief stop motion sequence.

So, although very of its time, particularly in its whitewashing of jazz, the film is a technical marvel featuring a host of hugely talented artists that remains a hugely pleasurable watch 88 years later. 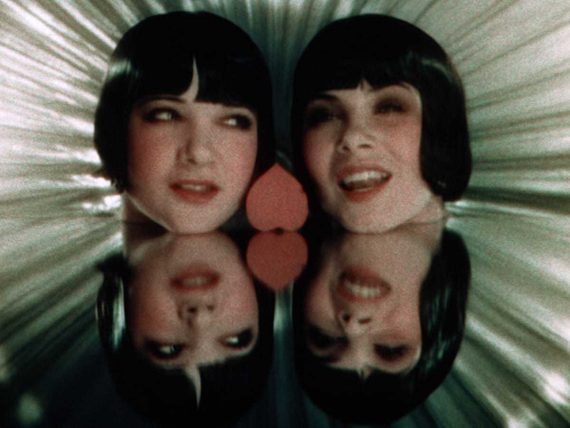 King of Jazz is out on 9th July on Blu-Ray in the UK, released by The Criterion Collection. The picture has some soft shots, but considering its age and how much of the film was thought lost, it looks very impressive. Similarly the sound has a bit of crackle and hiss, but it still sounds great for such an early musical.

There’s a healthy collection of special features included too:  - New 4K digital restoration by Universal Pictures, with uncompressed monaural soundtrack - New audio commentary featuring jazz and film critic Gary Giddens, music and cultural critic Gene Seymour and musician and bandleader Vince Giordano - New introduction by Giddens - New interview with musician and pianist Michael Feinstein - Four new video essays by authors and archivists James Layton and David Pierce on the development and making of King of Jazz - Deleted scenes and alternate opening-title sequence - All Americans, a 1929 short film featuring a version of the Melting Pot number that was restaged for the finale of King of Jazz - I Know Everybody and Everybody’s Racket, a 1933 short film featuring Paul Whiteman and His Orchestra - Two Oswald the Lucky Rabbit cartoons from 1930, featuring music and animation from King of Jazz

It’s a fantastic selection of extras that help you better appreciate the qualities of the film and the background in which it came from. The commentary and essays in particular are a must watch.