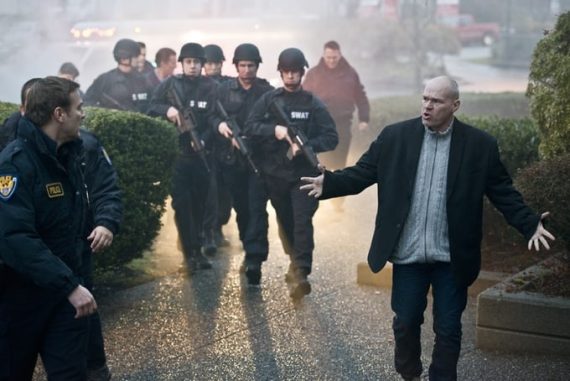 Blueprint: Review regular Justin Richards recently caught up with director Dr Uwe Boll to talk to him about his latest film project Rampage 3, and about the film industry in general.

How does Rampage 3 differ from Rampage and Rampage 3?
Rampage 3 will be the last installment – it finishes up the ongoing saga about Bill Williamson.

Is there any connection between the films and if so what?
Yes…it is a direct continuation.

Who have you got lined up to appear, cast-wise, in Rampage 3?
Brendan Fletcher will come back as the main guy and hopefully we’ll get some bigger names in cameos.

You seem to have a good track record for getting some quite big name stars in your films; what’s the secret?
We offer parts late to actors ….so they consider it as a short and late-term commitment.

Why should people invest in your new film? Why should they be excited by it?
Just because it is a good movie, and because it will make the money back.

You’ve had a rather rollercoaster career, with many of your films being lambasted by critics and would-be fans alike. Which of your films do you feel have been most unfairly criticised out of your back catalogue, and why?
I’m happy that the newer movies like Assault on Wallstreet, Rampage 1 and 2, Darfur and Tunnel Rats actually got the better reviews – I think it was unfair how Postal got judged.

My personal Uwe Boll favourites are Rampage, Tunnel Rats and Heart of America. Which of your films are your favourites and why?
Darfur… it is so intense and good. I also think Postal is great because it was far ahead of the time. 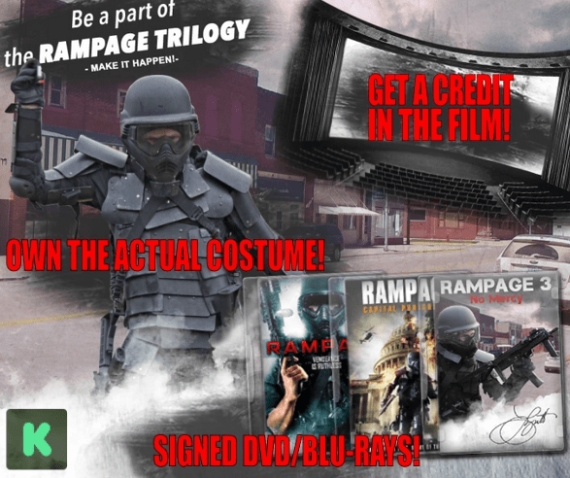 It seems to be common consensus that your better received films are those which have a real message behind them. Do you think that this is because you are more passionate about these more personal, smaller scale projects?
Of course – these are very political movies. I was never interested in the subjects matters of my videogame-based movies, besides Postal.

You’re also involved, in a producer capacity, with a number of other film projects at the moment. Can you tell us anything about them; for example IMDB cites your involvement with the likes of Bigfoots vs. zombies, 12 hours and Luna Project?
Mostly what is written on IMDB is bullshit, but 12 Hours is a project I really want to do. I had the idea.

You’ve done many different types of jobs while working on films, including acting. Do you enjoy being in front of the camera?
No, but sometimes, like in Rampage 2, we just didn’t had anybody else at the time to play that role.

What personal qualities do you think makes for a good film director?
You have to be a good motivator and communicator.

What are your thoughts regarding the current state of the film industry?
Going downhill… Only TV and $200 million movies survive.

What are your thoughts regarding the use of CGI in films?
I’m not against it, but I hate movies where they just show lots of CGI and have shitty stories…like Transformers!

The last time we spoke you said that you thought too many films were being made. Do you still think that and, if so, why?
Too many cheap movies are getting made, but the wind has turned and now a lot of movies never get made and distributors are looking for movies, but as long they don’t pay fair…forget them!

If you had one bit of advice to would-be filmmakers, what would it be?
Don’t go into film… go into TV instead.

How would you like to be remembered?
I don’t really care.

There are still 11 days left on the Kickstarter campaign for Rampage 3. If you want to support the film and see Uwe’s trilogy reach its conclusion, pledge your support here now: https://www.kickstarter.com/projects/2063316815/rampage-3-no-mercy