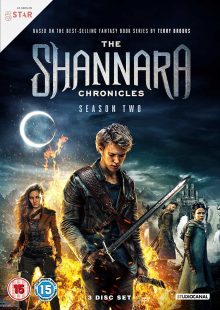 Back when I was a spotty teenager, in order to escape the grim reality of school homework and applying stinging Quinoderm cream for said acne, I was an avid book reader. For a number of years one of my favourite genres to read was fantasy, especially of the sword and sorcery type. One of my favourite authors was Terry Brooks, who I discovered one day in an independent bookshop in Worcester. Remember those – independent bookshops? Sadly, most have gone the way of the Dodo these days, but back in the late seventies and early eighties they were still relatively common. I spent all my pocket money on his first Shannara novel, namely ‘The Sword of Shannara’, and was soon hooked and back for more…

At the time ‘The Sword of Shannara’ suffered in the British press as being branded as an American rip-off of Tolkien’s masterpiece ‘The Lord of the Rings’. Now, while I think Tolkien’s fantasy saga is an incredible work of fiction, I have to admit to having – whispers – enjoyed reading ‘The Sword of Shannara’ more! Gulp! There, I’ve said it now! My confession is out of the literary closet, so to speak, and I feel a weight has been lifted from my narrow shoulders…

More books followed, including the second in the saga, ‘The Elfstones of Shannara’, which, in my humble opinion, is probably the best of the original trilogy that concluded with ‘The Wishsong of Shannara’. 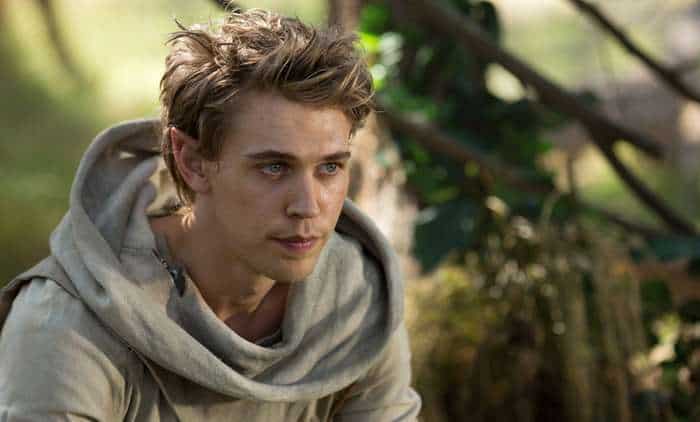 It was this second book, Elfstones, that became the basis for the first series of The Shannara Chronicles back in 2016; probably because it has a number of strong female characters in it, and was, therefore, seen as being a more attractive story to younger audiences. The plot of that first series saw an ancient Elvish tree, known as the Ellcrys, dying. The bad news is that the tree had been the only piece of magic protecting the Four Lands from the Demon World. Elf Amberle Elessedil is the only one who can save the tree. But she has to unlock magic that the elves haven’t used in thousands of years, hence with the help of Wil Ohmsford (the son of Shea Omsford – the hero from the first book), she travels to find the lost magic and settle the demons’ hash.

The first series was fun, but I didn’t really recognise it as the book that I had read a couple of times when I was a teenager. Despite disliking a number of things about it (including what they’d done to ‘the reaper’ character in it), I left my prejudices at home and tried to enjoy the series for what it was, an entertaining fantasy series that was colourful and well-paced, with a very attractive cast. 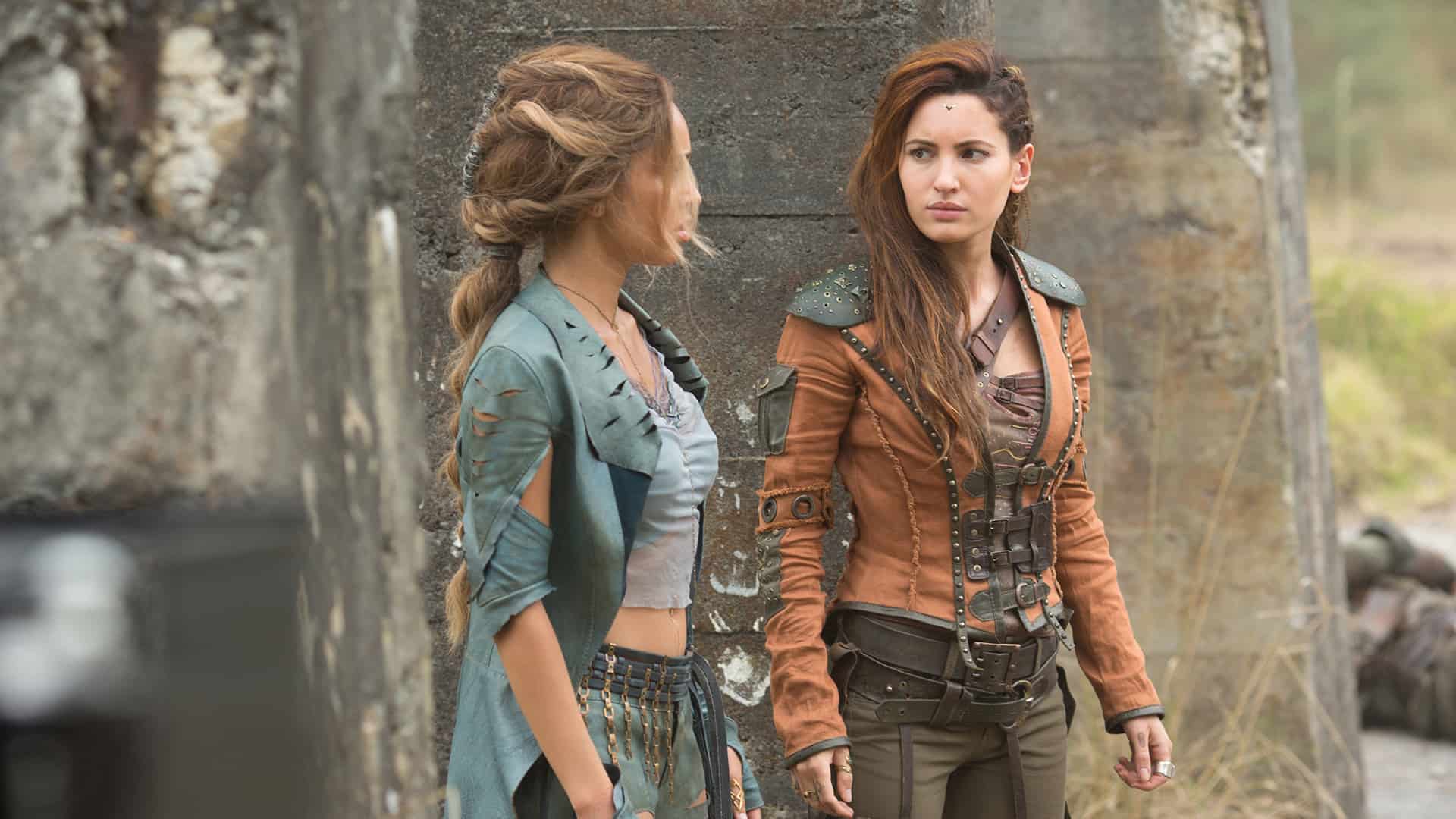 When I heard they’d made a second series I was looking forward to seeing how they’d adapted Wishsong, hence volunteered to review the series post-haste. Imagine my surprise when this series turned out to be a completely new adventure created by Brooks and his fellow series writers, to make the most of the love the previous series’ audience had had for the already established characters. Therefore, Season Two is set just a year after the last season’s events, and finds the Four Lands in chaos as an anti-magic organisation called ‘The Crimson’, has emerged to hunt down and kill all magic users. Wil Omsford (Austin Butler) is soon pulled back into the fray when a mysterious woman, named Mareth (Malese Jow), saves him from a Crimson attack so he can help her find the Druid Allanon (Manu Bennett), who she thinks might be her father. Throw in the return of rover Eretria (Ivana Baquero) and the sinister Warlock Lord and you’ve got an entertaining high fantasy yarn for sure.

Not having a book to compare it to actually works in this second season’s favour as it’s all new stuff, all nicely woven together by Brooks and his fellow scribes. It’s all very MTV teen-friendly fodder, in the same way that The Hunger Games or Maze Runner film series are, but that’s not really a criticism. For example, there are very few older people in situ throughout the series, just young and beautiful people going about their magical adventures; pure escapism, basically. Only druid Allanon (and another half-druid) are older and more grizzled; the majority of the cast being in their mid-twenties. 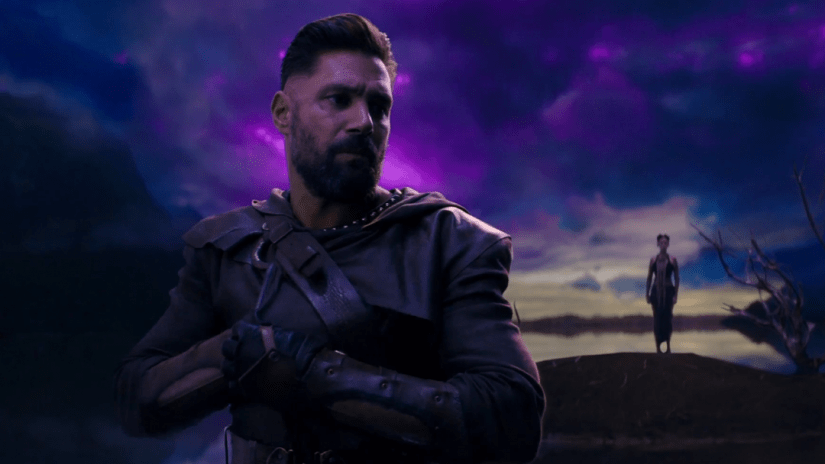 Talking of the cast, they’re all pretty competent and Austin Butler makes for a likeable Wil, and Ivano Baquero a believable Eretria. My two favourite characters though are Allanon, played by the ever-reliable Manu Bennett (who should really be at least 7-foot-tall to be like the druid in the books), and mercenary Garet Jax (great name), played by the enthusiastic Gentry White (weird name).

New Zealand makes for a great backdrop for the outdoor scenes (the indoor stuff was mostly filmed in Canada, I believe), and the score is generally of the instrumental variety, fortunately, as some of the songs used here and there tend to date the series badly, and don’t really work in the context of a fantasy saga.

I have to admit that I enjoyed the series overall, despite certain misgivings, and I hope that The Shannara Chronicles finds another network to nurture it after SPIKE foolishly cancelled the show following this season. It would be great to see more of the books adapted for the screen, that’s for sure, particularly now that Game of Thrones is drawing to a close.

Studiocanal are distributing The Shannara Chronicles Season Two on DVD and Blu-ray. 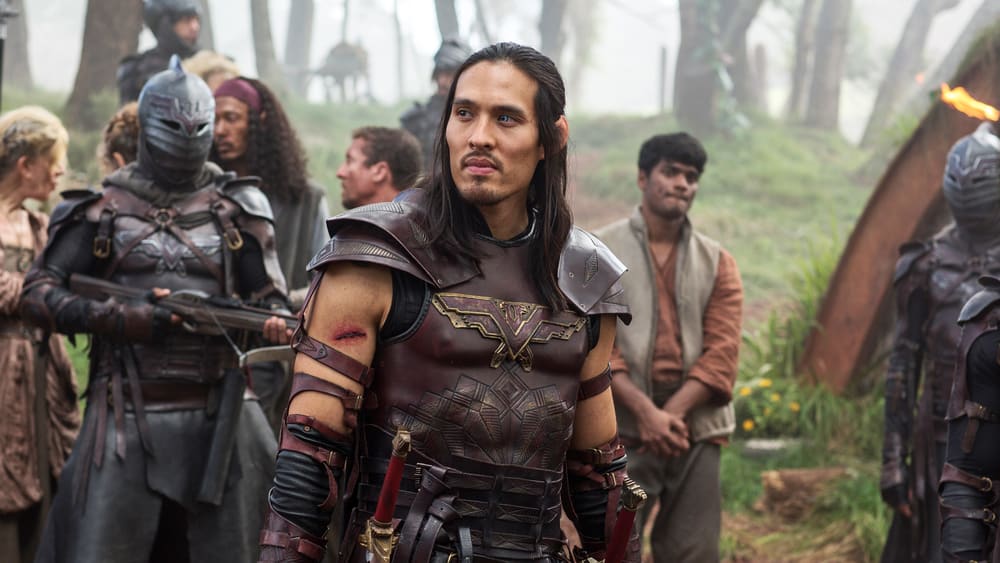