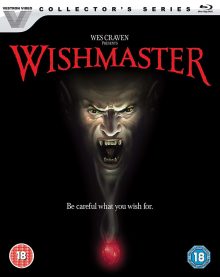 Directed by special effects ace Robert Kurtzman (From Dusk Till Dawn, Predator), Wishmaster feels like the kind of film that started life as a title with a high concept idea attached, and then expanded out from there. There’s nothing wrong with that approach if the writing is as good as the concept, but sadly the script, by Peter Atkins (Hellbound: Hellraiser II, Fist of the Northstar), is somewhat lacking at times, making it a bit of a frustrating watch. It could have been so much better…

Alex (Tammy Lauren) works as a researcher for an auction house and is presented with a gemstone that was pawned by a forklift truck operator who had found it sticking out of a broken statue that was damaged, accidentally, by a drunken crane operator at the harbour. Asked to analyse it, in order to help evaluate it, she takes it to her best mate, Josh, (who’s got ‘the hots’ for her), who just happens to work at a university using lasers to measure the density of materials and such like. When his lasers fracture the stone a Djinn is released into the world after having spent several hundred years trapped within the stone’s crystalline matrix.

The Djinn isn’t your typical friendly, cheeky Genie from out of a bottle, but a demonic creature who feeds on the misfortune of the people it grants wishes to, and it wants to break open a portal leading into the world of the Djinn so its race can enslave human-kind or something like that! And, for some reason, that’s never really made entirely clear, the Djinn establishes a psychic link with Alex, putting her in its firing line (seeing her as a threat), so it’s down to our heroine to save the day and return the demon to where it belongs. 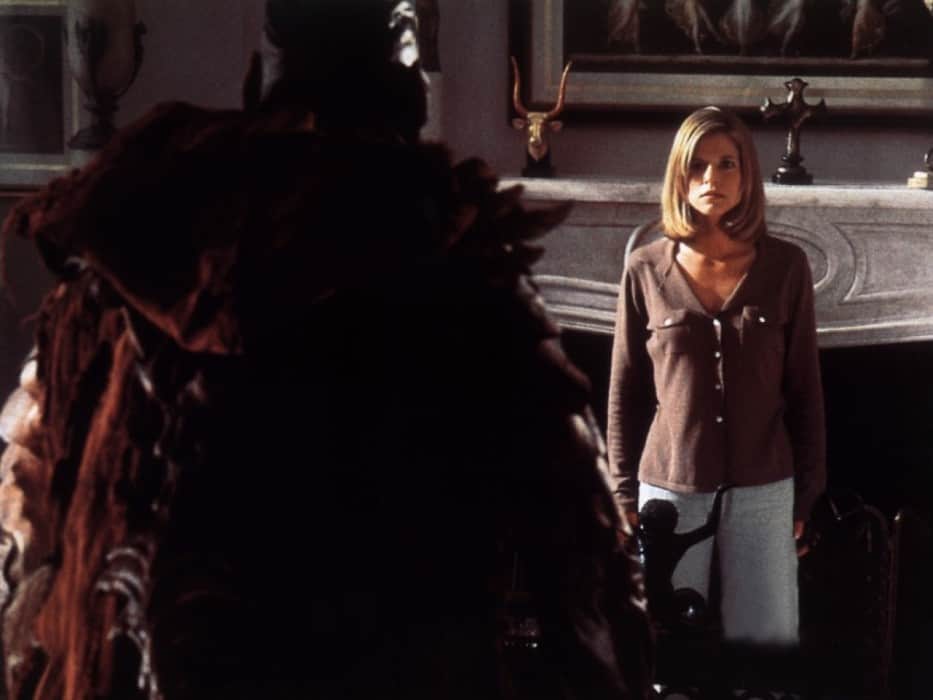 I remember seeing Wishmaster in the cinema when it was first released and enjoying it, mostly because of its OTT visual effects and sight gags, which still work well today. Fortunately, the fashions and language used haven’t dated the movie too much either so it’s not as unintentionally funny as many of the films from this era are. Sadly, films like Wishmaster tend to end up in the straight-to-streaming or -DVD route these days, which is a shame for those of us who like to see our schlock horror films up on the big screen.

Wishmaster obviously had a decent budget for visual effects, it’s just a shame they didn’t spend a bit more time developing the script, which contains some truly wince-inducing dialogue, and some inconsistencies in tone and story-telling. However, that’s not to say it’s a bad film; it’s certainly an enjoyable watch, especially if you enjoy silly, sadean schlock and get a kick out of watching annoying people die in unusual and over-the-top ways. 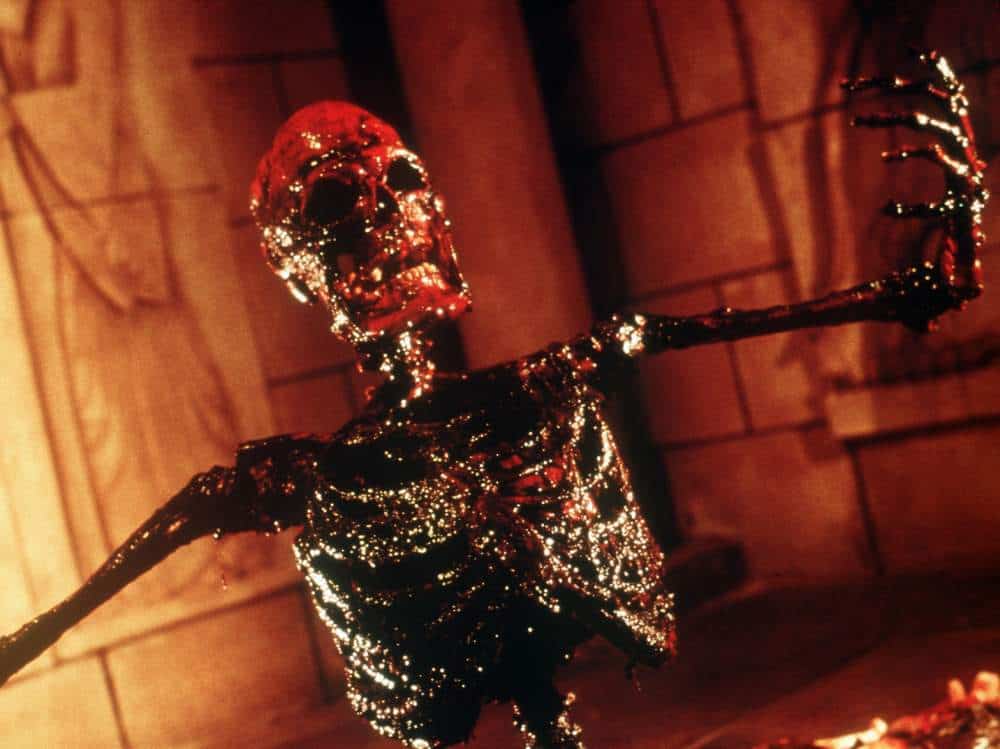 The creature design is good, however I felt the director showed too much of his creation for too much of the running time, thus lessening its overall impact. I think the studio must have wanted another Freddie Kruger-like character that they could use to flog merchandise and possibly bring back for further instalments, which they did a further three times.

The production design is good, and I particularly enjoyed the introduction set in ancient Persia with the Djinn causing all sorts of chaos at royal court due to the naive king’s foolish wishes being granted in a sadistic way. Wishmaster is also nicely shot, with some decent photography nicely showcasing the yucky visuals on display. Not so good is the sound, which is too quiet during the normal talking scenes, but mega loud during the action scenes, although Harry Manfredini’s score is very good.

Director Kurtzman has also assembled a great bunch of experienced horror actors, including Robert Englund (who played Freddie Kruger in the Nightmare on Elm Street films), Tony Todd (Candyman), Andrew Divoff (Graveyard Shift), Angus Schrimm (from the Phantasm films) and Kane Hodder (who appears as Jason Vorhees in four of the Friday the Thirteenth films). Oh, and Ted Raimi (The Evil Dead films) also turns up briefly, just to get messily squished! Andrew Divoff looks like he’s having fun with his role as the Djinn, but his delivery when playing the less human version of the creature is a bit one-note and unnecessarily OTT. He’s much better at playing the subtler human version of the entity. 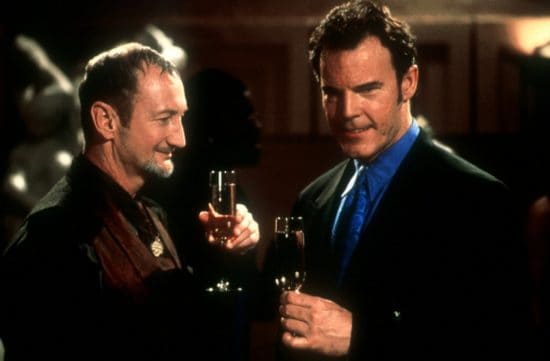 The small bits of CGI in the film haven’t aged well sadly, and are a bit clunky now, but to counter this there are some good stunts performed throughout the film, including an impressive full body burn stunt.

Director Robert Kurtzman and screenwriter Peter Atkins didn’t return for the second Wishmaster film, which was directed instead by Jack Sholder (The Hidden).

Overall Wishmaster is dumb, but fun, in a ‘goretastic’ way, although at times it does play out like an advert for smoking – I think Atkins must enjoy writing in smoking scenes!

Vestron Video is distributing Wishmaster on DVD and Blu-Ray. There are plenty of special features including:

An audio commentary with the director Robert Kurtzman and screenwriter Peter Atkins;

An audio commentary with the director, and lead actors Andrew Divoff and Tammy Lauren;

Out of the bottle (22 mins) – interviews with director Robert Kurtzman and co-producer David Tripet. These are revealing interviews during which we find out that the film’s budget was approximately $6 million, executive producer Wes Craven helped out a lot during post-production, and a SFX caused fire held up production for a day.

The Magic Words (14 mins) – an interview with likeable scriptwriter Peter Atkins who explains that the producers wanted him on set during production to help wrangle the actors;

The Djinn and Alexandra (26 mins) – interviews with actors Andrew Divoff and Tammy Lauren. Andrew reveals that he’s a horror fan, and that he got the voice of the creature-Djinn by eating Jellies Bellies and drinking thick shakes, while Tammy explains how she managed to stab herself in the leg with broken glass during a scene where she’s meant to be hacking away at a monster’s tentacle that’s just grabbed hold of her leg!

Captured Visions (12.5 mins) – an interview with director of photography Jacques Haikins who explains how he came to work on the film, and expresses his admiration for actors. 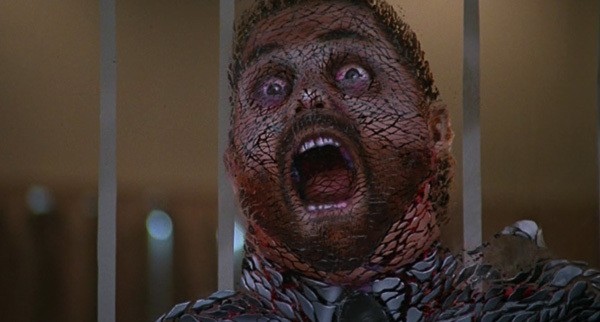 Wish List (12 mins) – interviews with Rob Englund, Kane Hodder and Ted Raimi. Kane played a guard for one day, but really enjoyed it, and thinks he did an okay job considering it was one of his first talking parts. Englund came on board through Wes Craven and liked the role since it was an interesting, but more ‘normal’ character than he usually plays on screen. Ted Raimi had worked with the director on The Evil Dead 2, and he found him to be a mixture mischievous and intense, but good to work with. All three seemed surprised about the film’s longevity. 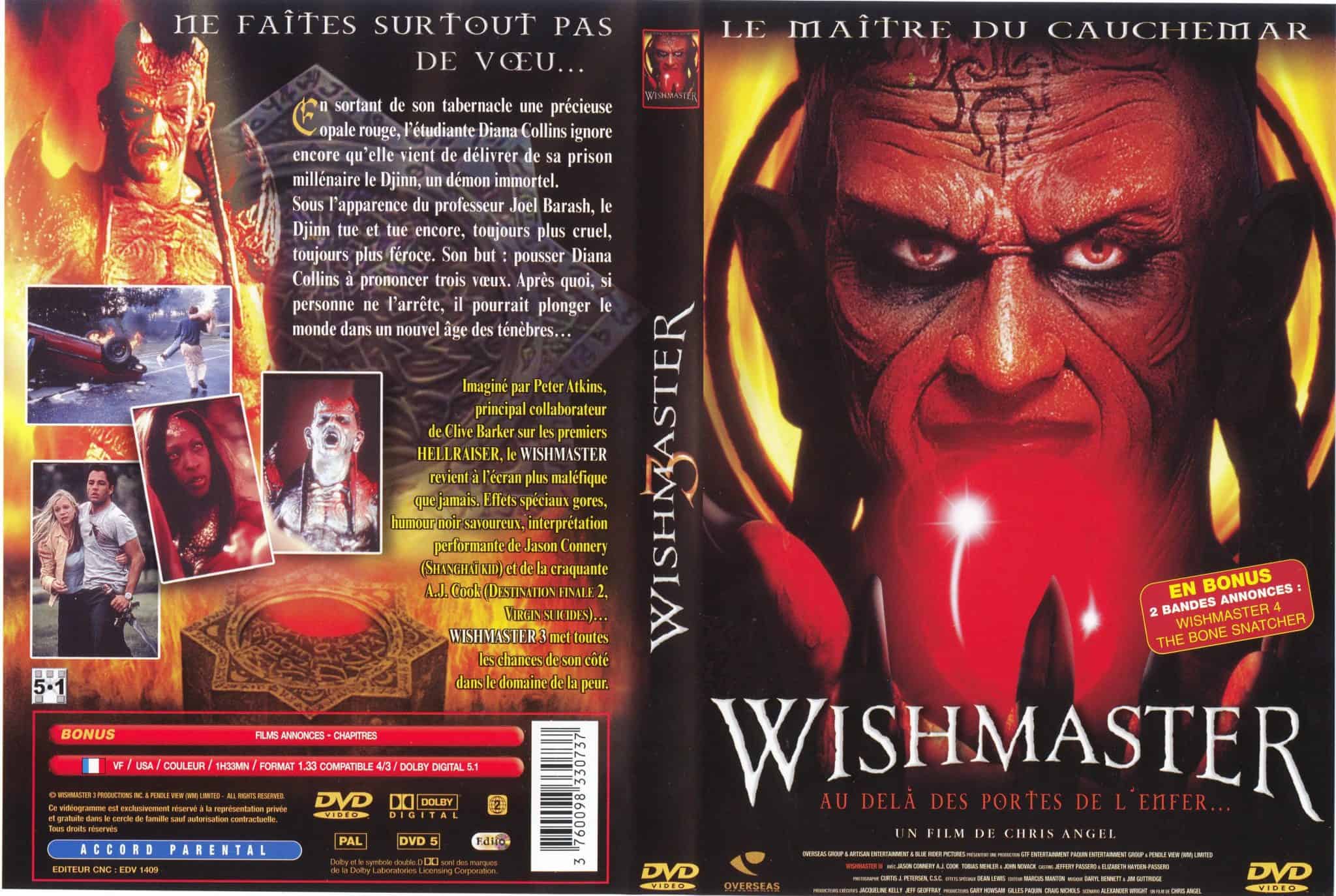