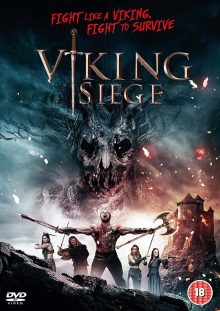 Beginning with a prologue involving a man, dressed like a monk, investigating the site of a meteorite impact and finding himself squirted with some evil-looking green gunk, Viking Siege demonstrates right from the start that it’s not going to take itself too seriously.

Eight years later the film relocates to a monastery, and an evening feast where a group of warrior women, dressed as servants, are preparing to take out the monks (and not in a nice way!) because said monks, being a bunch of bastards, had previously sold some of the women’s children into slavery to the Vikings, or some similar tribe of raiders.

One or two of the monks are surreptitiously slaughtered, but before the women can fully take their revenge fully the party is gate-crashed, firstly, by a lord and his soldiers, and then by some Vikings being pursued by some human-plant mutants, which appear to be something to do with the original meteorite landing eight years previously, although that’s never really made clear. 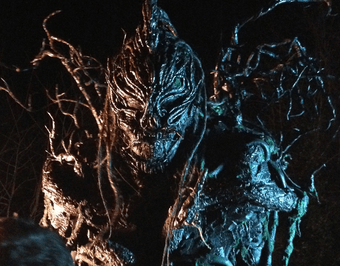 Fighting soon breaks out between the different human factions, and the bloodied survivors end up having to take on the hordes of mutants surrounding the cliff-top building; well at least on three-sides – the other side being the cliff and the raging sea at the bottom of it!

Viking Siege is being billed as a kind of ‘medieval The Evil Dead’. Unfortunately, apart from the gore, and general silliness on offer, there aren’t many similarities as far as I can see. It’s certainly not as well-made or as creative as any of the Evil Dead films, although there are enjoyable aspects to it. 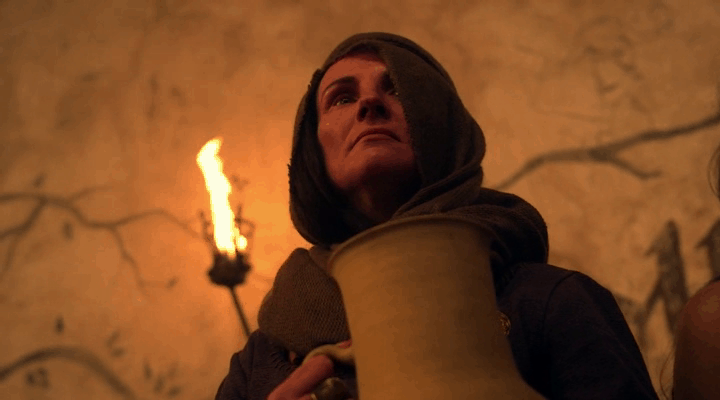 On the negative side the director utilises some lenses and shots which don’t really serve the film well, including a bizarrely used fish-eye lens early on. Additionally, some of the dialogue spoken is inherently modern in nature so seems very out of place in the period the film appears to be set in. The acting is a mixed bag, with some decent actors swimming against the tide of general mediocrity. And, the pacing of the film is sadly damaged by the writers and director not realising that once they’ve got their audience up to a certain level of tension you don’t then slow things down every ten minutes for some rather inane chat! Most of the time the main protagonists are under siege we don’t really get that fact reinforced with shots of the mutants trying to get in, or even by continual noises from outside the besieged monastery. Finally, the sound seemed a bit soft for much of the time – I think such a tale needed really solid sound design otherwise the result is a little flat, as it was here.

On a more positive note the location was a good one (apparently much of it was filmed at Candleston Castle in South Wales), and the film had reasonable production values, including costumes and props. The mutant plant men were even quite cool, in a very 1970s Dr Who kind of way. In fact, it was nice to see a siege conducted by something other than zombies! 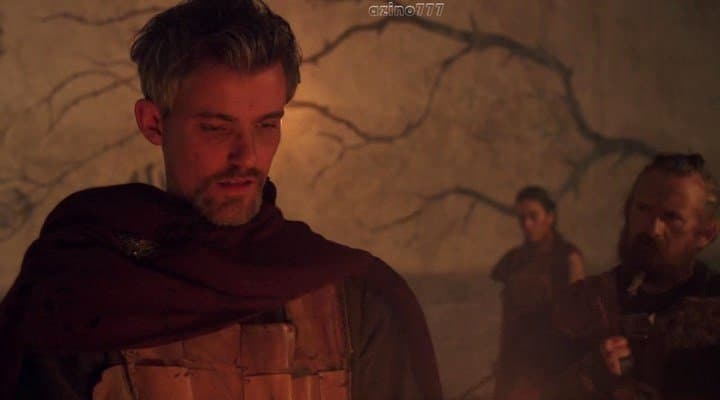 Sadly, Viking Siege doesn’t quite live up to its great title and poster art, but it’s still enjoyable enough if you leave your brain at the door and have low expectations when watching it. Some good ideas, but marred by some rather average execution.

Altitude is distributing Viking Siege on DVD. Unfortunately, there are scant extras on the disc, these being a trailer for the film itself (2 mins), plus some trailers for other releases under the same label, namely for Alone in Berlin, and Shotcaller.