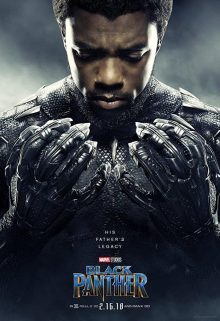 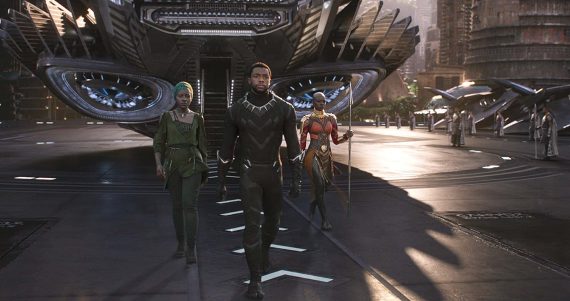 But enough of all that buzzy hype and reflection on society’s shortcomings, I’d like instead to focus on the merits vs. challenges of Black Panther, both as a movie and key character, in the pantheon of Marvel’s ever expanding universe. For example, despite its audacious, heads-on tackling of black racial identity, aspiration, and global positioning, the film somehow still manages to remain true to Marvel’s values and creative authenticity both in the characters and plot as depicted in the movie.
Newly crowned King T’Challa, (portrayed by Chadwick Boseman in cool swagger mode), struggles with the historical reluctance of his father and ancestors to reveal and integrate Wakanda’s vastly superior technology and civilisation with the rest of the world. It is this dilemma that influences his decision, as both king and superhero, to pursue a vision aimed at the betterment of mankind, as befitting one of Marvel’s leading icons. The killer combo of Marvel Studios and Disney successfully takes a decisive step forward, relentlessly pushing the boundaries of mainstream western pop culture, and thus realise a finely honed take on the Afro-futurist vision. Ryan Coogler’s uncompromising foray into what it means to be fully and authentically African is bound to open the minds of many people long denied such a basic premise upon which to flourish. 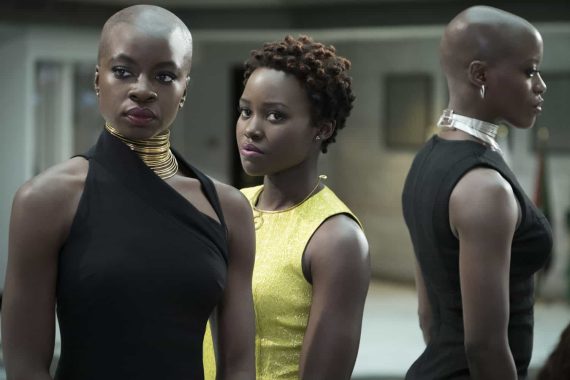 Another key character that is central to the film is Wakanda itself. An afro-futurist utopia such as this is breath-taking to behold in a continent that is often portrayed as the poverty stricken, crime / corruption infested back end of the world. The Wakandans are a highly evolved and technologically advanced civilisation that chose to hide from the rest of the world until now. Although Black Panther was long in coming, the timing couldn’t have been more in tune with the zeitgeist, plus its counter narrative to mainstream perceptions about black people and Africans in particular. The only fly in the ointment, in my opinion, is perhaps the unrealistic weight of expectation on this one film to change the world, or at least world view of mainstream audiences, which is a tad much even for one of Marvel’s superheroes.
Finally, a big shout out to the BFI (aka British Film Institute) for laying on a full fledged celebration of all things Black Panther, including: discussion sessions, interviews and exhibition (featuring: Producer – Nate Moore, Director – Ryan Coogler, and Writer – Evan Narcisse). It was both epic and Afrogenic – ‘nuff said!
Black Panther
2018-02-11
4.5Rating:
Reader Rating: (1 Vote)