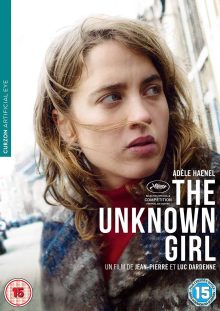 “Listen.” It starts with a one-word sentence that is both an invitation to us and an instruction to Julien (Olivier Bonnaud), a medical student.

The Unknown Girl’s opening shot is of an examination in an ordinary-looking surgery. The patient is said to have emphysema and bronchitis. It is difficult to tell the two apart unless you can hear what the stethoscope is saying. And that requires years of care and attention.

After the critical and commercial success of Two Days, One Night, Jean-Pierre and Luc Dardenne’s latest film sees them attempting to treat a newly-infected form of social realism.

They self-sabotage this medical drama’s theme of “a good diagnosis” by letting the outside world disturb every act of auscultation with buzzing doors and ringing phones.

For someone with the vocation to heal, ‘answering the call’ has never been more difficult, or more fraught.

Though brilliant and conscientious, Davin refuses to admit an unknown late-night caller to her practice after a difficult day. Hours later, she learns that the caller was a teenage girl who has been found dead, and that the police have no way to identify her.

Devastated, Davin does all in her power to keep alive any memory of her. 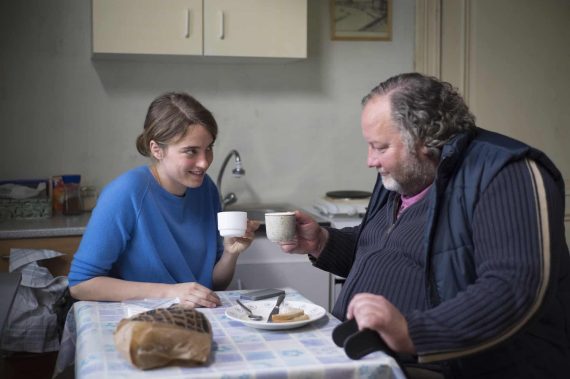 Davin lives by a code (as all doctors must). But hers is essentially ‘noirish’: she is a loner, a smoker, a risk-taker – someone wide open to the existential imperative to make life-and-death decisions in the face of conflicting and incomplete information. Her hooded wool coat, in dark plaid, comes to define her in a way that the mac and the fedora came to define Columbo and Spade, respectively.

Fundamental to her creed is the acceptance of total responsibility for her actions – a conviction that comes to implicate all who hold their ear close to this minor-key masterpiece.

The coup de maître is that it is Julien, and not Davin, who ends up solving the mystery at the heart of this film: ‘which call do we answer?’. Guiding us from the personal to the universal, Julien takes us from the Dardennes’ naturalistic description of working class life in provincial Belgium, to something approaching allegory.

Towards the end, we learn that Julien only feels able to face his own examination (at medical school) once he admits to having been physically abused by his father: “I wanted to be a doctor to treat him [Julien’s father], or to treat myself, or to be a better doctor than ours, who thought I bruised myself playing. There, now you know everything.”

He utters these words under the cover of trees, while absent-mindedly tearing small pieces of a sandwich. It could be the start of a trail. If we follow these breadcrumbs, as in the fairy tale, they might lead us out of the woods.

The Unknown Girl is released by Curzon Artificial Eye on DVD and Blu-ray on February 6th, 2017.