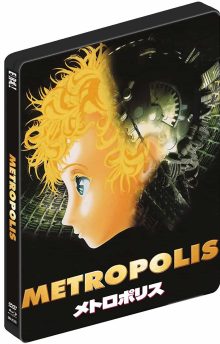 Metropolis has perhaps one of the most astonishing pedigrees of any film, animated or otherwise. Based on a manga by “the father of manga” Osamu Tezuka, which itself was based on the silent live-action classic of the same name by Fritz Lang, Metropolis boasts a screenplay by Akira writer and director Katsuhiro Otomo and was directed by respected anime director Rintaro, whose film debut was the 1979 gem Galaxy Express 999. With such a force of talent behind it, Metropolis could easily have buckled under the weight of expectations but instead it emerges as one of the most visually astonishing and narratively exciting animated films ever made. It also became one of the first animated features to be submitted for consideration for 2001’s newly established Best Animated Feature, although the Academy deemed Jimmy Neutron: Boy Genius more worthy of nomination.

Herein lies the major reason why a film like Metropolis is destined to remain a cult film rather than cross over, despite its enormous potential to be recognised as a classic irrespective of the medium in which it was rendered. It’s extremely hard to convince western audiences to take animation seriously and the Oscar selections tend to default to safer, familiar releases, giving a nod to a more original film every now and then but very rarely giving that film the trophy. Spirited Away bucked the trend by winning the second Animated Feature Oscar (against some pretty dreary competition) and the subsequent commercial acceptance of Studio Ghibli’s output has been encouraging but the consensus outside of animation fans seems to be that Ghibli’s quality and adult appeal is “the exception that proves the rule”, a phrase that, in its mangled modern usage, is akin to saying “the hole in the bucket that ensures the water stays in.” 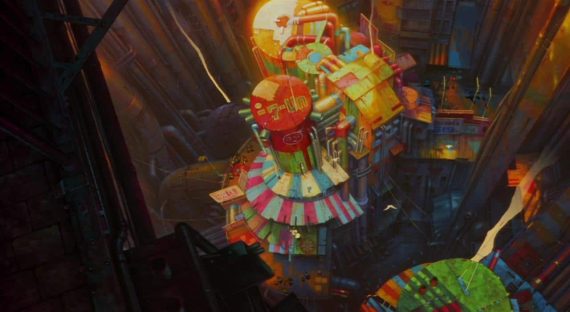 The narrow-minded aversion to accepting animation as anything but kid’s stuff means that it is probably the category of film that holds the greatest number of unexpected masterpieces. Although critical consensus has repeatedly been proven a faulty way to assess worth, it is also difficult not to be put off by a slew of reviews that give a film an absolute drubbing and, while I sometimes disagree strongly with the prevailing critical opinion, complete 180 degree turns are fairly rare. The key to finding the buried treasure is often widespread critical indifference or ignorance, a telltale sign that biases and preconceptions may have played a role and a fairly recurrent phenomenon where non-Disney or Pixar animations are concerned. So, while critical reaction to Metropolis was generally favourable, the reviews themselves were largely lukewarm and it troubled very few end-of-year lists of best films. When I first sat down to watch it several years ago, I had no real expectations of seeing a masterpiece. It took about 20 minutes to change my mind!

Set in the futuristic city of Metropolis, the film serves up a densely-populated society in which humans co-exist with robots, although their mechanical counterparts are victims of segregation and discrimination. The city’s unofficial ruler, Duke Red, has constructed a gigantic skyscraper known as the Ziggurat and, unbeknownst to the gathered crowds at the opening ceremony, has also hired a man named Dr. Laughton to create an advanced robot named Tima in the image of his deceased daughter, for whom he has big plans. But Duke Red’s jealous, psychotic adopted son Rock has other ideas… Although its basic plot is the stuff of generic sci-fi and gives rise to some slightly clumsy but necessary chunks of exposition in the film’s first half, Metropolis engages the viewer through both the astonishing visuals which bring its world to life and the action-packed plot which deftly switches between several different characters and scenarios, all the while building up a complex, believable picture of the society in which they function. I’ve not read Tezuka’s manga but the influence of Lang seems to go beyond the film which shares this film’s name. It is also possible to see the influence of a film like Lang’s M, which tells its story not through the use of a main character but through a whole society whose individuals step into the foreground as and when they are needed. While a hero of sorts emerges in the shape of Kenichi, a young boy who arrives in Metropolis with his private investigator uncle Shunsaku in order to arrest Laughton for illegal organ trafficking, he does not hold the screen constantly or drive the whole narrative forward, instead acting as a slightly more crucial piece in a challenging puzzle. 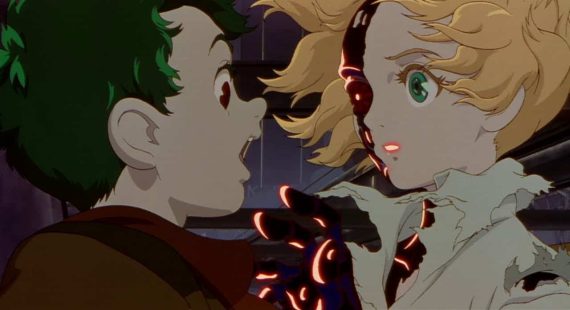 But while I enjoyed the story of Metropolis very much, for me the main event was the visuals. Right from the off, this film looks absolutely amazing. While live-action films about futuristic cities often tend to go for a dark, shadowy look, Rintaro has opted for a dazzlingly bright and colourful look inspired by Tezuka’s original drawings. In doing so, he has not sacrificed the atmosphere of imposing intimidation, merely achieved it in a far more subtle and effective way. The world of Metropolis is fascinating, combining a futuristic vision with elements of various eras of the 20th century, from the dusty, noirish detective’s offices of the 40s to the gaudy, swinging parties of the 20s and the graffiti-riddled urban savagery of 80s underpasses. This era-straddling imagery is reflected in a soundtrack that makes devastating use of Ray Charles’s 60s recording of ‘I Can’t Stop Loving You’ and Atsuki Kimura’s version of 20s standard ‘St. James Infirmary Blues’. The latter song also calls attention to the influence of the Fleischer brothers, who prominently used it in the masterful Betty Boop cartoon Snow White. Animation buffs will likely notice that some of the character designs in Metropolis resemble the Fleischer brothers style. Those expecting the famous wide-eyed character designs most associated with anime will find this only in the character of Tima, while Kenichi bears a resemblance to Tezuka’s famous creation Astro Boy. Again, this blending of styles, far from creating a jarring discontinuity, serves to fill out a rich depiction of a diverse world. Rintaro has one more trick up his sleeve, pulling off the achievement of smoothly combining hand-drawn and computer animation in the same world, something that some of the big studios had tried and failed to do in films like Disney’s Hercules or Warner Bros. Quest for Camelot. 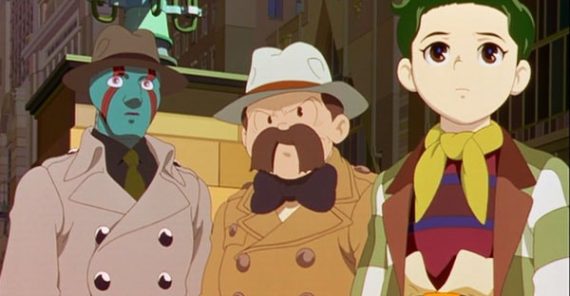 Metropolis is a major achievement in feature animation that has somehow slipped into semi-obscurity. While animation and sci-fi fans still speak of it in hushed tones, for so many other people who would clearly love it, Metropolis has been folded into an anonymous no-man’s-land of mistaken expectations. While I hope that Eureka!’s excellent new editions of the film will help correct this to some extent, it still makes me smile to think that masterpieces like this one are still laying half-buried awaiting discovery by someone who will have their evening made and their lives enriched by joining us dirty-fingernailed treasure hunters who have already unearthed and embraced it. And for anyone who needs that critical approval, remember that none other than Roger Ebert called this “one of the best animated films I have ever seen.”