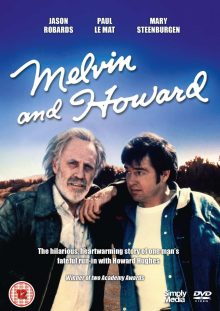 Jonathan Demme’s comedy biopic Melvin and Howard was a film I’d heard of but knew very little about. Despite receiving strong critical acclaim and three Oscar nominations (two of which it won) on its initial release, this is a film that has slipped completely into obscurity and, although its long absence from the public consciousness is lamentable, it’s easy to see how this little gem vanished for so many years. This is not the sort of film we expect to see when we hear the term ‘biopic’. Biopics are usually about famous or remarkable people whose lives are peppered with interesting events or innovative achievements that can be inflated and presented with teary-eyed pride, or nostalgia for their respective eras. Melvin and Howard takes as its subject one Melvin Dummar, a man who claimed to have rescued millionaire tycoon Howard Hughes from the aftermath of a motorcycle crash in the Nevada desert in 1967. Although their association was fleeting, Dummar was named in a will that emerged in light of Hughes’ death just under a decade later, leaving his $156, 000, 000. But was the will real or a forgery? A series of investigations and trials set out to determine the truth.

It sounds like promising material for a legal drama but, as we have already determined, Demme’s film is a biopic, albeit a fanciful one, and as such his interest is not in this one event but rather in the characters who were involved and the lives they lead before Hughes will throws the spotlight on them. Demme presents the story as if Melvin was telling the truth, opening with a lengthy scene in which he picks up Hughes and gives him a ride back to Las Vegas. During the journey, Melvin, played by a wonderfully wide-eyed Paul Le Mat, coerces Hughes (Jason Robards, in a brief but brilliant character sketch which earned him his third Oscar nomination) into singing with him. Melvin has written a hilariously corny Christmas song called ‘Santa’s Souped-up Sleigh’ which he insists on performing for the world-weary Hughes, before forcing him to sing a poignantly personal rendition of ‘Bye Bye Blackbird’. The two songs, like the two men, are oil and water and yet these performances tell us so much about the characters as imagined by Demme and Bo Goldman, who wrote the Oscar winning screenplay. 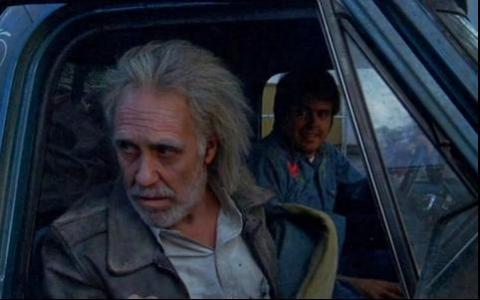 This twenty minute sequence sets up later events in the film but is largely forgotten for the remainder of the first hour. Melvin doesn’t even mention the meeting to anyone and instead we begin to focus on his financially-struggling family and their attempts to achieve the American dream. This is also the moment we meet Mevin’s wife Lynda, played by a young Mary Steenburgen. The moment she appears on screen, Steenburgen is mesmerising, completely lighting up the film with her sympathetic, warm portrayal of a woman struggling to do the right thing by herself and her family, even when the two seem impossible to reconcile. There is a scene very early in her performance in which, having left Melvin and taken their daughter Darcy (Elizabeth Cheshire) with her, Steenburgen realises that her future in sleazy stripclubs is no place for a child and decides to send her back to her father. Before she puts her on the bus, she very quickly slaps together an enormous sandwich loaded with different fillings for her to eat on the journey. This sandwich making scene was the moment I fell in love with both the film and Steenburgen’s performance. There is something strangely beguiling about the focus on this one small act and the natural way in which Steenburgen rushes through it that encapsulates Melvin and Howard’s unique focus on the minutiae.

Things happen quickly in Melvin and Howard, which is another factor that sets it apart from other biopics which seem determined to linger over details in the hope that we’ll get the sense of someone’s lifetime by being made to feel that the movie has lasted as long as it. Demme is interested in little details but barrels through the major events of the intervening nine years between Melvin’s fateful ride with Hughes and the eventual upshot of this benevolent act. At first it feels hard to get a handle on the characters and there’s a nagging hope that Demme will slow things down to let us get to know enough about them to care what is happening to them. But on rewatching the film I realised that the information is all there. We care about Melvin because of the spirited optimism he continues to show in the face of his own shortcomings, as encapsulated in his terrible song. We care about Lynda because of her attempts to do the right thing for everyone, even if the results aren’t always perfect, as encapsulated by the sandwich. 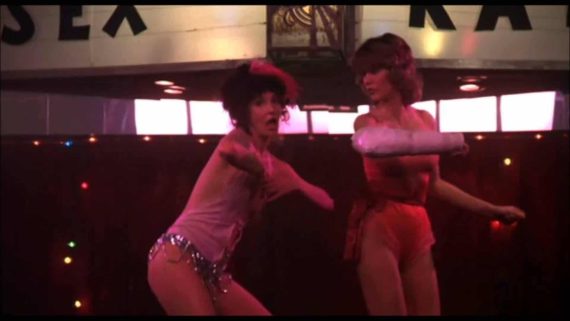 As Melvin and Lynda divorce, then remarry, then divorce again, certain clues let us know how much time is passing in the interim. The film’s one big setpiece, in which Lynda appears on a TV talent show called ‘Easy Street’ and performs a dreadful but endearing tap-dance to The Rolling Stones ‘Satisfaction’ is wonderfully observed and breaks down the barrier between the mystique of the entertainment world and humdrum grind of working class life. From the sleazy host to the fickle audience, everything is just as disappointing in the studio. More importantly, however, this also highlights Melvin’s mixed feelings about fame. In writing his Christmas song, Melvin obviously craves acclaim and attention, and yet when applying to appear on TV he sends his clearly reluctant wife onto the stage instead. Later, at the Christmas party thrown by his employers, Melvin backs out of performing a song in front of his colleagues and, when he is goaded into it, he belts out a cover of another artist’s track despite the fact that the Santa-lined stage provides him with the perfect opportunity to test run ‘Santa’s Souped-up Sleigh’ on an audience. In the film’s final third, when the will arrives and thrusts Melvin into the public eye, he hides behind a tree to avoid the attention and only attends press conferences under duress. In this version of events, where Melvin is presented as having told the truth throughout, his aversion to the spotlight that only a repressed part of him craves seems to be his biggest defence against accusations of forgery.

When Hughes’ name inevitably re-enters the story, Melvin shies away from the limelight but continues to take the results of his actions in his stride. When threatened with prison time and even eternal damnation if he’s discovered to be lying, Melvin sticks to his story rigidly because, as he says, it’s the truth. And so, with his easy-come, easy-go attitude to the inheritance it seems increasingly unlikely he will receive, Melvin’s story peters out with a dream-like remembrance of Hughes and an anti-climactic caption. For some, this will be wholly unsatisfactory but for those who have tuned in to Melvin and Howard’s particular charms it is the perfect ending. Although it is a film completely at odds with the expectations of latter day movie fans, Melvin and Howard has a small cult following and is regularly cited by filmmaker Paul Thomas Anderson as one of his favourite films, as evidenced by his use of cast members in Boogie Nights and Magnolia and cinematographic tips of the hat in The Master. It is the late 20th century indie aesthetic from which Anderson emerged that Melvin and Howard seems most akin to and in this light Demme’s film seems like something of an unacknowledged trailblazer. For fans of the more allusive narratives associated with independent film, Melvin and Howard will be a treasurable discovery to watch again and again. For anyone else, it is more than worth your time for Steenburgen’s Oscar-winning turn alone.

Melvin and Howard is released on DVD by Simply Media on 4th July 2016.