The Gates of Video Hell (or GOVH to keep things neat) is a feature I came up with 5 years ago but didn’t keep up with, where I watch films I’ve found on VHS in charity shops or car boot sales that have never been made available on DVD or Blu-Ray in the UK. Rather than rate them out of 5 stars as usual, I’ve decided to deliver their fate instead. My judgement comes in the form of one of the following 3 decisions: 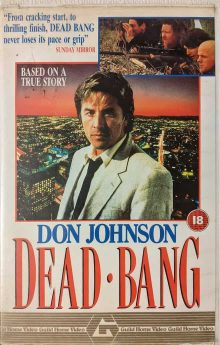 In the bizarrely titled Dead Bang, Don Johnson plays L.A. homicide detective Jerry Beck, who was in-fact a real-life person that wrote the story on which the screenplay was based. He’s sent to investigate the murder of a cop and store-clerk following an armed robbery. He quickly discovers a ‘person of interest’ called Bobby Burns (Frank Military) when looking through the police files, so he drags Burns’ parole officer (the great Bob Balaban) away from his family on Christmas day to question the ex-con.

The pair don’t find Bobby, but do speak to his brother, John (Tate Donovan), as well as meeting some unsavoury characters, one of which flees the building, leading to a foot chase with a gross twist at the end (a hungover Beck throws up over the perp). Beck questions the man and discovers Bobby is on his way to Bakersfield. 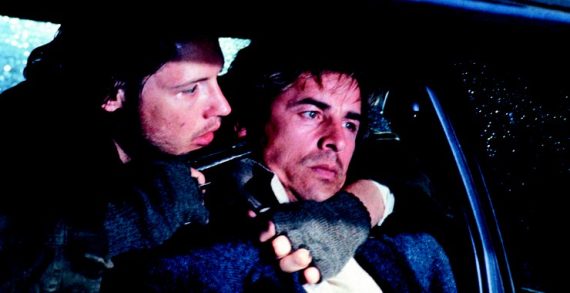 This begins a cross-country chase between Beck and Bobby, which ends up in Colorado. Bobby leaves a trail of murders in his wake and, along the way, Beck discovers the criminal is part of a white supremacy group called Aryan Nations, led by Reverend Gebhardt (Michael Higgins).

Beck is joined (or more accurately trailed) by FBI Agent Kressler (William Forsythe), who doesn’t seem concerned by the white supremacist angle and disagrees with the police officer’s unconventional methods. So Beck calls in the local Colorado police, led by Captain Dixon (Tim Reid), to help bring down the organisation whilst catching his cop killer. 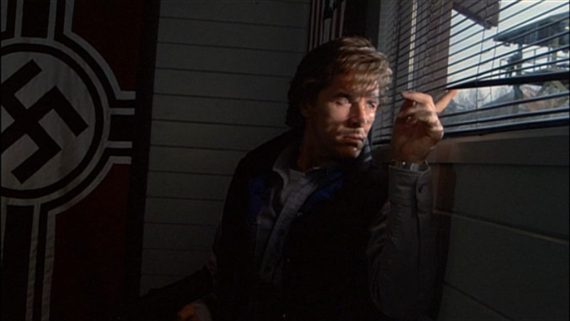 Despite the ‘based on a true story’ credentials, Dead Bang is a pretty by-the-numbers cop thriller. Beck is even a hard-drinking divorcee that isn’t allowed to see his kids. There are a couple of twists along the way, but largely this is conventional fare that won’t offer any surprises. 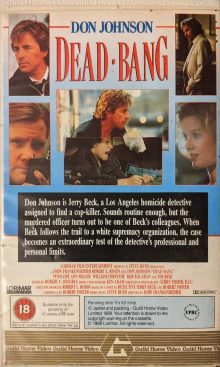 However, Dead Bang is still pretty good. It may use a well-worn formula but it’s effectively delivered and engrossing enough as a thriller. This may come as less of a surprise when you realise the director was none other than John Frankenheimer. Yes, the latter portion of his career was a pale shadow his glory days during the 60s, when he made classics like The Manchurian Candidate, Birdman of Alcatraz, Seconds, Seven Days in May and The Train, but with 1998’s Ronin he showed he could craft a fine thriller even in his old age. Frankenheimer’s work here is a little pedestrian, but he still puts together some exciting action sequences, including a tense underground final showdown.

There’s a fair bit of comedy too, with some wry dialogue and fun performances from character actors like Bob Balaban. Don Johnson, who was at the tail end of his Miami Vice run here, does a good job with the sharp lines. He comes across as a bit of an *sshole, but you’re still on his side throughout.

So, it’s a fairly typical action-thriller that rarely surprises, but is well-produced and entertaining enough to stand out from the crowd. With a decent lead performance, a healthy dose of humour and some solid action sequences, it’s worthy of rediscovery. It’s had a DVD release in the US, so can be imported.