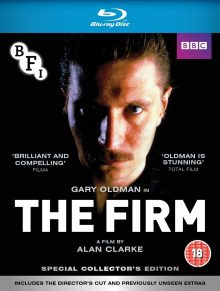 TV has been enjoying a new golden age over the last 10 years or so with a wealth of talent coming from and moving back to the format. There are plenty of classy, genuinely great series being produced around the world, from popular high budget HBO productions like The Sopranos and Game of Thrones, to classy British offerings like Sherlock and slick Scandinavian crime sagas like The Killing. The TV movie however, still has some stigma attached to it. The more recent big TV events have all been longer format or at least mini-series. Few one-off features have made waves recently as not many seem to get made. I think too many people are of the mind that if a film is any good, why didn’t it get released in theatres or at least get a good home release before being streamed to our regular channels at no extra cost.

In Britain though, there was once a long tradition of classy feature length television drama. Known largely at the time as ‘television plays’, series such as Armchair Theatre and Play for Today, running from the 50’s until the 80’s, would present audiences with an original one off film/play in each ‘episode’. Two time Palme d’Or winner (as of yesterday) Ken Loach made a name for himself in this format with the 1966 television play Cathy Come Home and fellow Cannes favourite Mike Leigh also made a number of plays, including Abigail’s Party. The television play format fizzled out in the mid-eighties though as series became more popular.

Between 1985 and 1994, the BBC tried to keep the flame burning though, with Screen Two and Screen One, which brought back the idea of one-off original TV features, this time shot on film. Previously, television plays tended to be studio-shot affairs, more like live plays. One of the directors contributing to this series was Alan Clarke, who had made a number of controversial TV films and a couple of theatrical features since the mid to late 60’s. He died from cancer at only 54 years old but his last production was released on Screen Two, the football hooligan drama The Firm, which courted controversy again, but has held a strong reputation over the years and is now being released in a special collector’s edition Blu-Ray and DVD in the UK by the BFI, packaged along with another of Clarke’s controversial films, the short Elephant. 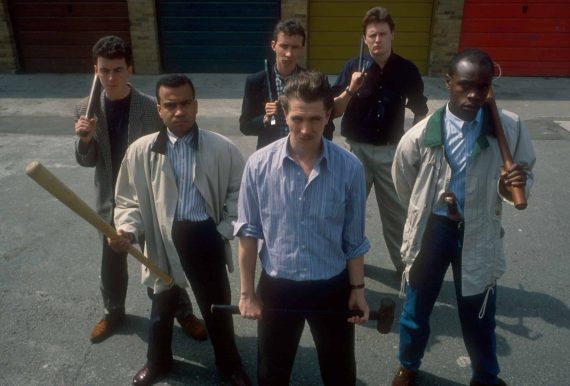 The Firm sees Bex Bissell (Gary Oldman) head a ‘firm’ of organised football hooligans called the ICC. He wants to unite a couple of other firms to take on foreign groups during the European Championships, but the other leaders see this as a challenge to their authority. So the three of them fight for supremacy to see who has the strength to take their gangs across the channel. This conflict gets ever more violent, leading from extreme vandalism to disfigurement and eventually tragedy. We also see the effect this is all having on Bex’s home life. Despite being the head of a criminal organisation, he has a respectable day job as an estate agent and a wife and young child.

The film had trouble with the censors at the time, leading to Clarke’s original version being cut for broadcast release. Luckily a work-print of this has been found and the BFI have provided us with a reconstructed ‘director’s cut’ of the film, which is the version I watched (both are available on the disc).

Organised hooliganism is not a ‘hot topic’ these days and has pretty much died out to the best of my knowledge, so thematically the film might have aged a little, but it remains an incredibly powerful work and a dark, illuminating view of Thatcher’s Britain in the 80’s. The violence for one is still shocking, particularly in the director’s cut, which holds the shot on scenes of extreme brutality more than in the broadcast cut. One on one attacks are deeply unpleasant and the group fight scenes are believably messy and intense. There is no glamorised violence here, just wild punches, kicks, knife slashes and bludgeoning.

There’s more to the film than just the violence though. Contrasting the bloodshed with Bex’s family scenes may be a little blunt, but it’s undeniably effective and when this violence spills over into the home it’s incredibly disturbing, particularly in a key scene where his toddler son gets hold of Bex’s Stanley knife. Oldman’s lead performance is a real showstopper too. He’s truly frightening, but believable, helped by the scenes with his family. 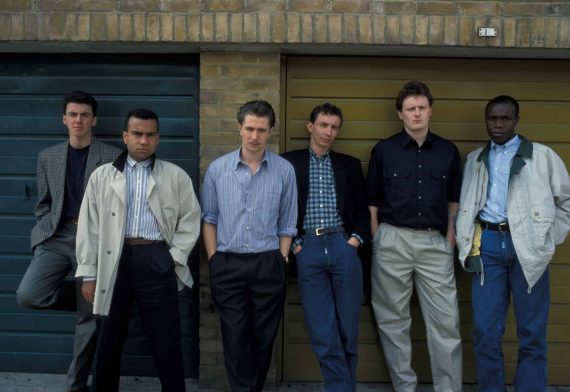 The film is stylistically impressive too. Clarke shoots on location and lighting feels naturalistic, so it looks very raw and gritty, but everything is filmed with a steadicam and the camera is constantly moving, so there’s an intense energy to the film. This is assisted by some sharp editing which keeps things driving along. The film is only a little over an hour so it was never going to feel long, but it really motors forwards.

Being a TV movie, there are some slight limitations – some of the injury make up/gore isn’t all that convincing and some of the hits don’t connect in the fight scenes. A couple of the minor actors aren’t all that great either (I found Philip Davis as the rival leader Yeti to be a bit much), but Oldman, Lesley Manville (who plays Bex’s wife) and some of the other performers are strong enough to make up for that.

Rough edges aside, this is a stunning piece of work though. Short, sharp, brutal and uncompromising, it’s a frightening look at a phenomenon which is hopefully dying out. It also goes to show that a TV movie can be equally as powerful as a cinematic release. In fact it’s more powerful than the vast majority of features showing at the local multiplex.

The Firm is out today on Blu-Ray and DVD in the UK, released by the BFI. Both versions of The Firm are also included in the Blu-ray box set Dissent & Disruption: The Complete Alan Clarke at the BBC (1969-1989) and on the DVD set Alan Clarke at the BBC, volume 2: Disruption (1978-1989) released on 30 May. I saw the Blu-ray version and the film looks and sounds great. There’s a sort of desaturated look to the film, but I imagine that was intended. The re-instated scenes in the director’s cut look rough and stand out a mile, but they were taken from a rough work-print so you can’t expect them to look much better. This grimy look actually makes the nastier sequences all the more unpleasant, so, if anything, it makes them more effective.

The film is supplemented by several special features, including a bonus film (or long short film at least). Here’s the full list: 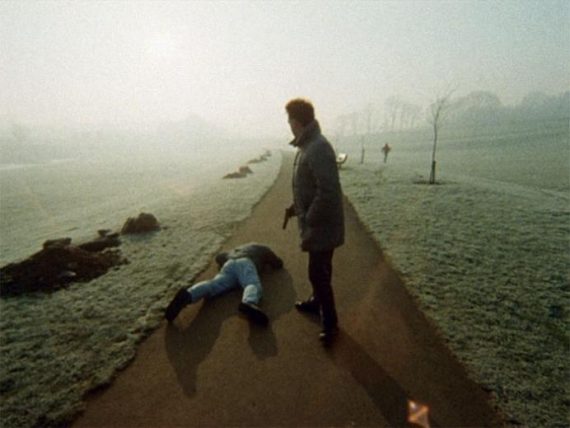 It’s a wonderful collection of extras. Front and foremost is the inclusion of Elephant, which is a tough, stark statement on ‘The Troubles’ in Ireland. The film is simply a string of unexplained, cold blooded murders. A character is followed, usually by steadicam, up to another character who he shoots dead. The camera lingers on their body for a little too long and then it cuts to the next attack. There is literally nothing else that happens in the film. At 38 minutes, this repetitive structure means the film is patience testing, but that’s the point really. As interviews in some of the extra features suggest, the audience is supposed to ask “when will this stop?” So, this brutally raw film works as a disturbing visual poem on ‘The Troubles’, which are clearly linked through an opening quote – “for some of us ‘The Troubles’ is the elephant in our living room”. The film forces you to face the senseless brutality of the conflict again and again until you’re sick of it and want it to stop. It’s not a film I’m likely to want to watch again, but its floating camera work and stripped down presentation is hauntingly beautiful, if that description can be applied to something so disturbing.

As for the features linked to The Firm, I mentioned the differences between the director’s cut and broadcast version in my review and it’s great to have both here. Both have different commentaries too. The group one is the strongest, with Manville, Davis and Rolinson keeping the anecdotes and production info coming thick and fast. Oldman’s commentary on the director’s cut is a little disappointing as he runs out of things to say from time to time and too often states the obvious about what we’re seeing on screen. There are a few nice nuggets here and there though and it’s still worth a listen.

The 10 minute interview with Clarke is decent enough, but a bit brief. The Out of His Own Light documentary is great though. Containing interviews with a number of Clarke’s collaborators, it’s a rich insight into his work, even if some of the contributions from those on the commentary overlap a little.