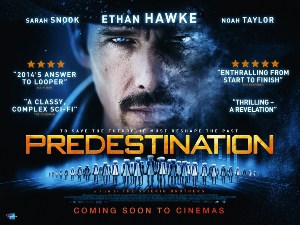 In 1981 time travel was created, allowing specially recruited agents to travel up to 53 years into the past. One such agent, known as The Barkeep (Ethan Hawke), is trying to catch a terrorist, “The Fizzle Bomber”, and is sent to recruit a newcomer to the ranks to assist, but they turn out to have a very unique story to tell. 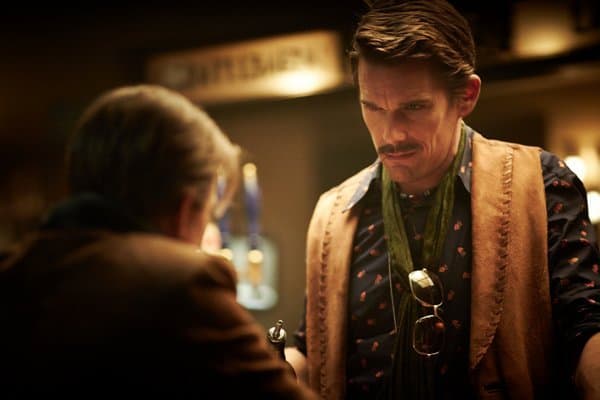 Ethan Hawke is an actor whose work can be easily classified into two categories. He’s perhaps most known for his critically acclaimed projects with director Richard Linklater, with whom Hawke has so far made at least seven films, garnering the actor with three Oscar nominations – two joint ones for Screenplay duties on Before Sunset and Before Midnight, and most recently as a Supporting Actor in 2014’s Boyhood. However, in between Linklater joints Hawke has been known to dabble in low budget projects that have resulted in less well regarded fare, such as The Purge, Daybreakers and of course Getaway, co-starring Selena Gomez in a Razzie-nominated performance. Noticing that Linklater’s name wasn’t attached to this project, I could probably be forgiven for not expecting something overly stellar from a film with pretty much only one recognisable actor (although I’m a fan of Noah Taylor, who crops up for a little bit as Hawke’s boss). I went in with low expectations, anticipating having to eke out the minutest glimmer of positives when it came to writing a review, but I’m overjoyed to say that this wasn’t just good, it’s pretty damn great, with an excellent, ever-twisting story, wonderful performances and thought-provoking predicaments. 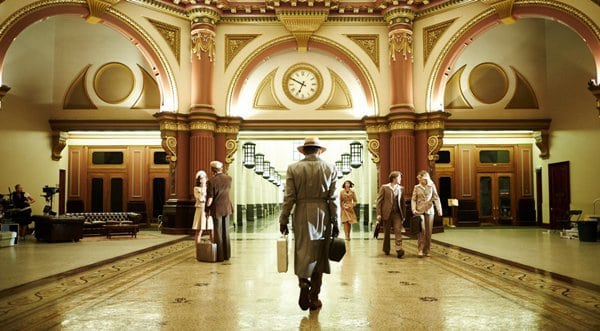 Now it’s time for the caveats. I’m a time travel fan, and I’ve not seen many such films that I haven’t enjoyed. I even liked Timecop, although I haven’t been anywhere near the sequel, The Berlin Decision, because that hasn’t received such a shining reputation. That being said, for a time travel film there isn’t actually a great deal of hopping around the years in Predestination. In fact, we don’t even see any calendar skipping until about halfway through the film. That’s because the focus here is on the two main characters, in particular Jane, played by relative newcomer Sarah Snook, who has to put in a detailed and very varied performance. If you hadn’t noticed, this is the kind of film where it would be very easy to give away spoilers, so I’m not going into the plot any more than I have to. I went in blind, and it’s best for you to as well. Snook is terrific in a role that, if more people see it, will set her on course to becoming a great success, and I wish her well in achieving that, because clearly she deserves it. 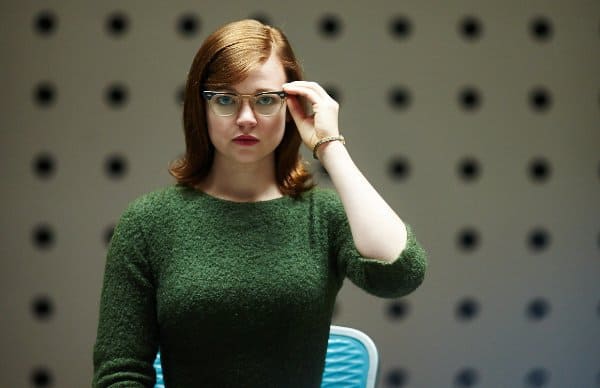 It’s not often that a film leaves me simultaneously speechless and dying to discuss what I’d just seen, but Predestination managed that. Alas I’ve yet to encounter someone else who saw this film to really dig into what’s going on, which is a shame because I feel this is a film that would provoke a truly entertaining discussion for all involved. Some areas suffer from seen-too-many-movies syndrome, in which I can spot clear staging and editing techniques used to disguise plot points – a shrouded face here, a lack of major supporting characters there – meaning that some elements of the final act fell into place a little earlier than perhaps was preferred, and unfortunately I felt come the very end the film-makers showed far too little faith in the audience, feeling the need to really hammer home a few points that could have been handled far more softly, but that didn’t lessen the impact of the story. Also, there’s one soundtrack entry that’s way beyond perfect, that induced a huge grin from me. 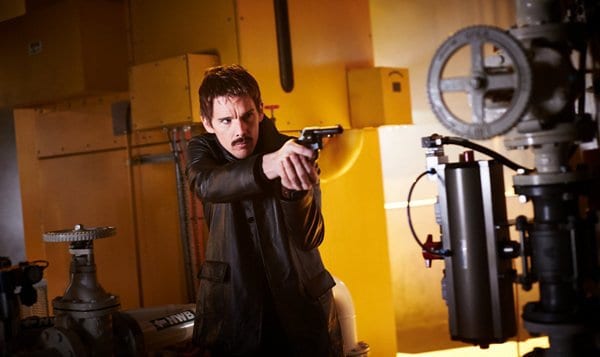 Normally with films like this I’d expect them to almost demand a second viewing, in order to catch some elements or minutiae that may have been missed first time around, when trying to solve the puzzle took precedent over enjoying the journey, but here I felt that once was enough, and that I caught all the balls the movie was throwing. Don’t get me wrong, I loved that first viewing, but I don’t need a second one any time soon, although I’m positive I’d enjoy it if I were to re-watch. Maybe a few years down the line, or in order to show this to others, but for now I’m good. You, on the other hand, need to go see this movie.

Predestination is released in cinemas and on demand on February 20th, 2015.