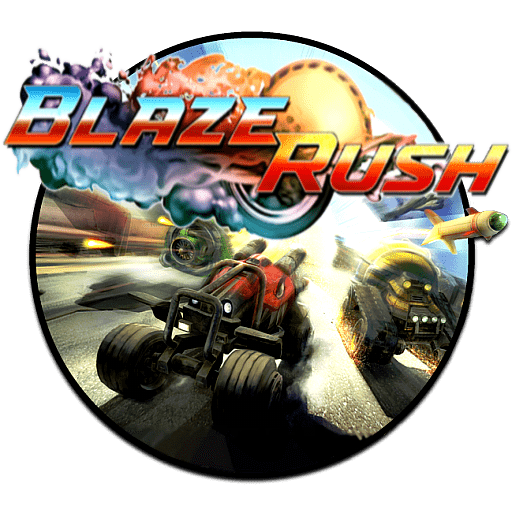 I can honestly say I haven’t had this much fun with a racing game in a long time. BlazeRush feels like racing around a scalextric track, but with an arsenal of crazy weapons and power-ups all designed to frustrate and destroy enemy players.

The premise of BlazeRush is very simple. You race around the track in a number of wacky vehicles, trying to take the top spot by using everything at your disposal. However, the more you play, the deeper the game becomes. You begin using different power-ups in tandem to have the best results; you learn which car is best for your play-style and how to take advantage of its strengths. Having said that, a lot of the cars felt very similar with only a few actually changing the way I played.

What makes this game quite unique from a lot of racing games is that anyone can win. If you start to fall too far behind the game will automatically boost you forward. Also, different boost power-ups can drop for the players who are lagging behind, which can change the game up in a matter of seconds.  There is an aspect of luck to this game, which means it’s not for everybody. A player with 10 hours in the game could still get beaten by someone with 1 hour, but that’s not to say you can’t get better; you can. It’s just not as obvious as some games.

With 8 players the game can get manic, especially with the fixed camera as I found myself losing track of my car. Some people will be put off by the camera angle and not enjoy the game purely because of that. However, it is something you get used to, as it’s implemented fairly well. 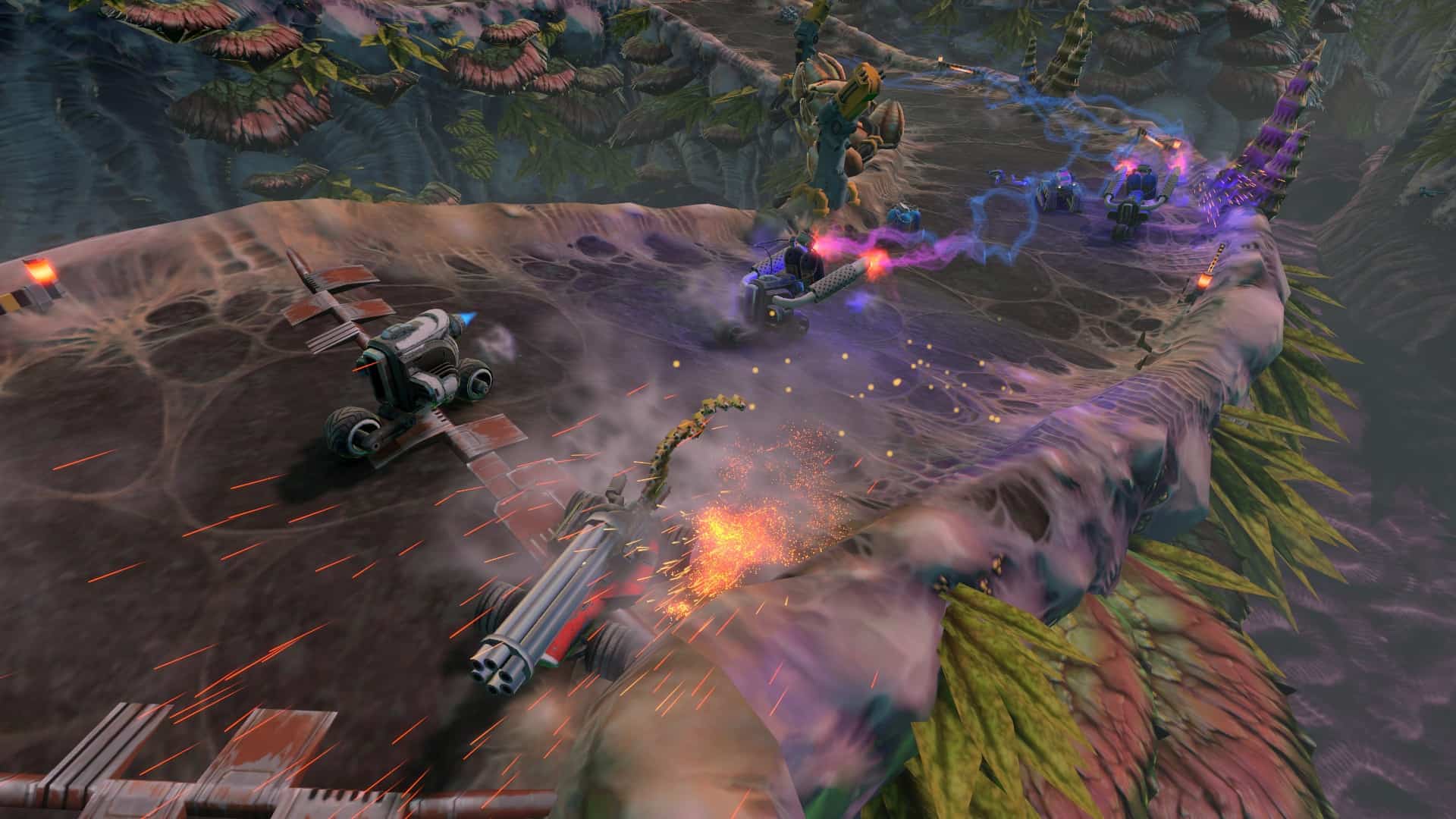 The multiplayer modes are where this game shines as playing against bots simply isn’t as rewarding. Having had a go at local multiplayer, I could see it’s the ideal way to play, being reminiscent of the fun I had playing micro machines. There are three game modes in multiplayer: King of the hill where players aim to stay in first place for 50 seconds; a normal race mode and my personal favourite: survival. In survival mode a massive machine chases the players around the track. If you get crushed or fall off the track you have to wait until everyone but one is dead, and you move onto the next round. You get a point each time somebody dies whilst you’re still alive, and the first to 15 wins.

The visuals are surprisingly crisp and satisfying with some great particle effects and visually distinct power-ups. There are 4 maps for players to choose, from an alien world to a fiery planet, each of them being unique and aesthetically pleasing. These are complemented with an enjoyable soundtrack which fits the racing carnage very well.

Overall, I would highly recommend BlazeRush if you have people to play with and even if you don’t, because playing with strangers is still a blast. The camera angle requires some getting used to but once you get past that, you’re in for some hectic fun.