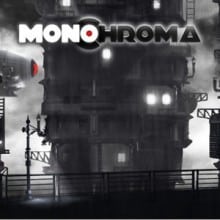 Monochroma is very much like Limbo in both its appearance and gameplay, but can it live up to Limbo? Does it stand out against all the other indie puzzlers on steam? I can tell you right now that Monochroma doesn’t quite match the standard Limbo set.

Let me just say: the art design is simply beautiful. The grey environment contains only the colour red which makes for a bleak yet hostile world. This, mixed with nearly constant rain makes the world feel sad and lonely. With only your brother on your back, you traverse the world solving puzzles to progress. However your brother is simply put: useless. After breaking his leg in an accident, you are tasked with carrying him on you back. This opens the main puzzle mechanic, as jump height and overall agility are decreased when carrying him. He can only be left in areas where light is shining, which is a strange prospect, since the opening scene shows him running though fields of wheat independently.

One of the main problems in Monochroma is the controls. When a game is so heavily focused on precision jumping, a tight control scheme is of upmost importance. One wrong slip can lead to a quick death and this is not a result of incompetence but due to the terrible controls. As you progress further into the game, puzzles get harder, ultimately leading to more unavoidable deaths. This was a huge problem for me, decreasing the satisfaction levels.

Despite this, the puzzles themselves can be extremely fun. Especially toward the end there were some really clever puzzles, which required quite a lot of thought. However, my enjoyment diminished, as the brother moved slowly towards a turning cog, obviously about to crush him, not making any effort to get out the way. The boy may have broken a leg, but nothing was there to stop him dragging himself out. This meant the game destroyed what little feeling I had for my young brother. By the time I reached a segment of the game where I was alone, I did not miss my brother at all in fact I actually preferred the game without him, essentially rendering the main mechanic a problem. 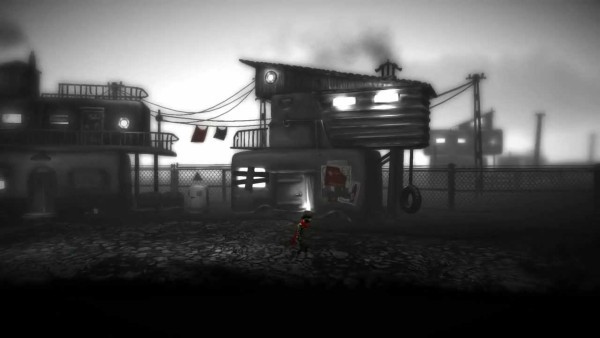 That said, the sound design is superb, being a real highlight in the game for me. It complemented the art style with a sombre tone, highlighting the sadness of the world around you. The music livens up as chase sequences randomly occur in the space between puzzles. However, the chase sequences feel clunky thanks to the controls, and forced by the developers as a way to artificially increase the games length.

Though the story is told with very few words it is still thoroughly engaging. The lack of words helped me become more invested in the game, as I found myself looking throughout the environment to find clues about the strange world I was in. Overall this created a more immersive experience, which stood out as a real strong point in the game.

Monochroma has a great art style and immersive story, but unresponsive controls and a frustrating brother reduced my enjoyment of this title drastically. This game is hard to recommend based on these reasons no matter how much I enjoyed the audio-visuals and story.