Watching heartwarming/cheesy Christmas movies is all part and parcel of the festive season. There are some decent ones out there (see our Favourite Christmas Film poll for a few) but the majority of them are sentimental dross churned out to cash in on people’s generous spirits during the holidays. Christmas film reviews can be hard to come by other than those looking back at established classics or reviewing the blockbuster winter releases. Our friends at Metrodome Releasing have brought out a few festive DVD’s recently though so I watched through them to separate the wheat from the chaff so that you don’t have to.

Journey to the Christmas Star 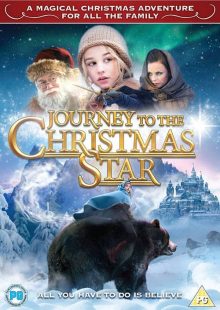 Journey to the Christmas Star is a Norwegian fantasy film (dubbed into English here) set in a kingdom ruled by a king whose wife has died and his daughter Goldenhair has disappeared into the woods after running away to find the Christmas Star. Ten years later, Sonia is an orphan acting as a slave for a cruel woman and her children. After trying to run away and mistakenly being called a thief she ends up facing the king. He’s still distraught over the disappearance of his daughter and has been searching for the Christmas Star himself ever since. Sonia promises to find it for him and heads out into the wilderness. Unfortunately an evil Count doesn’t want Goldenhair found as without her he is next in line to the throne. So he makes it his mission to stop Sonia, with the guidance of a wicked sorceress who also wants power over the kingdom.

This showed a lot of promise. The production values are great for one. For a non-Hollywood production it looks nice with decent cinematography and lavish sets and costumes. The setup of the story suggests a grand adventure in a fantasy world so I was all set for an exciting family friendly adventure. Unfortunately the film does little to live up to this promise.

The biggest problem is that the film has no drama. The stakes are so low, there’s very little threat and zero tension. I’m not saying a children’s film at Christmas needs to be terrifying or intensely gripping, but you still need drama to keep the kids interested. You need effective villains and challenging goals to overcome/achieve. Everything in Sonia’s quest is gained with little or no struggle as it moves towards its inevitable conclusion.

Very young children may still enjoy watching the well-realised (if a little unoriginal) magical world unfold on screen, but any over 6 or so will find this quite tedious. 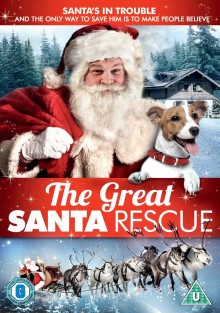 The Great Santa Rescue (a.k.a. A Country Christmas) sees US Senator Max Schmucker (Kevin Pollak) passing a law to ban the belief in Father Christmas, preventing schools and the media from perpetuating the myth. This particularly troubles young girl Miley (Caitlin Carmichael) who ends up getting more involved in the situation than she expected when Santa himself crash lands in her family’s barn. His magic powers are growing weak because people are beginning to stop believing in him so Miley and her brother Zach (Benjamin Stockham) have to get Schmucker to change his mind before it’s too late and Christmas is cancelled forever.

Journey to the Christmas Star was disappointing, but this is flat out bad. It looks and feels like a bland TV movie (which I guess it is) all the way. The writing is lazy and clunky with painfully unfunny gags throughout. The performances are pretty ropey too. Joey Lauren Adams and Kevin Pollak aren’t terrible, but they should know better than to star in trash like this and are clearly shopping it in. The two child leads could be worse, but the script has them talking and acting far too much like adults which makes their performances seem all the more staged and unnatural.

More importantly, like the previous film I reviewed, this is far too dull for a children’s film. The stakes are clearer and stronger here and the writers throw in a dying mother subplot to tug at the heartstrings, but there are no fun or exciting scenes or set-pieces to keep you interested. Children in particular will struggle to sit through a film whose finale sees the heroine taking part in a political debate. Moments which point towards any kind of fun are sidestepped too. In one scene a horse and goat eat some magic grain causing them to talk and fly, but this isn’t capitalised on at all other than to provide a weak gag.

So there is very little to recommend about this festive drivel I’m afraid. Beyond the bog-standard presentation, it’s just plain boring. Look elsewhere for your Christmas viewing. 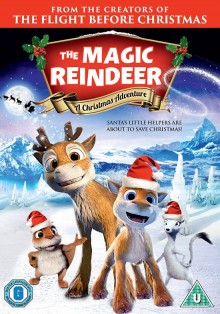 The Magic Reindeer (a.k.a. Little Brother, Big Trouble or Niko 2: Lentäjäveljekset) is the sequel to The Flight Before Christmas, a decent animated family film that surprised me when I watched it a couple of years ago. It’s a Finnish production (with several other countries providing some of the technical and budgetary aspects) which goes back to see how Niko the reindeer is doing now that he’s discovered his famous father (from Santa’s reindeer crew) as well as his own flying powers. He loves his father to bits, but Niko’s mother still isn’t convinced and has moved on, introducing Niko to her new partner and his young son. Niko isn’t happy to have a step-brother tagging along, hogging the limelight though and neglects his responsibility for him when out in the forrest. It’s at this moment that the youngster is kidnapped by some evil eagles acting under the orders of a mysterious villain. Niko has no choice other than to head off towards the eagle’s lair and save his step-brother.

This is more like it. I really enjoyed The Flight Before Christmas. It was a well-crafted, satisfying and enjoyable family film which belied its straight to DVD release in the UK (it got a bigger release around the rest of Europe). Its sequel The Magic Reindeer is no different. From the offset you can see that this is an impressively well made CG animated film, especially considering this was not made on a Hollywood budget (although it’s a big film by European standards). The landscapes and lighting are gorgeous and the snow physics are decent too. It looks better than what I’ve seen of the visuals in Disney’s Frozen to be honest (from looking at the trailers).

And where the other two titles reviewed here failed miserably in the entertainment stakes, this delivers in spades. There are numerous high flying action set-pieces spread throughout the film’s brief running time, showing off the high production values and giving children (and adults) plenty to keep them entertained. It’s quite funny at times too even if the gags are pretty basic. The dialogue is aimed at children, there aren’t any adult-friendly in-jokes here.

Saying that, like The Flight Before Christmas, this film doesn’t shy from some fairly heavy themes, for a kids film at least. Again focusing around broken families, The Magic Reindeer looks at how children learn to cope growing up with a stepfamily. This sounds a bit much for an animated film, but really this is something many children have to deal with these days and most classic family films deal with such content when you think about it (Spielberg does it practically every time). I think it kind of stands out here because the writing makes it rather blunt. This is where the film struggles. It’s not the most subtle of films and doesn’t integrate its messages as seamlessly into the script as the Toy Story films for instance.

Due to this, the emotional side of the film isn’t as effective as in the first Niko adventure. The core drama gets a bit lost in all of the action and excitement and it does feel a little like a string of set pieces at times. That said, this is solid family entertainment which will keep the children occupied over the holiday season without offending the tastes of their parents.

All three of the titles are available now on DVD, released by Metrodome. None of the discs have any special features and unfortunately there aren’t original language options for Journey to the Christmas Star or The Magic Reindeer. Of course these films are aimed at young children who wouldn’t be able to keep up with the subtitles so it’s understandable, but it would have been nice to have the option.